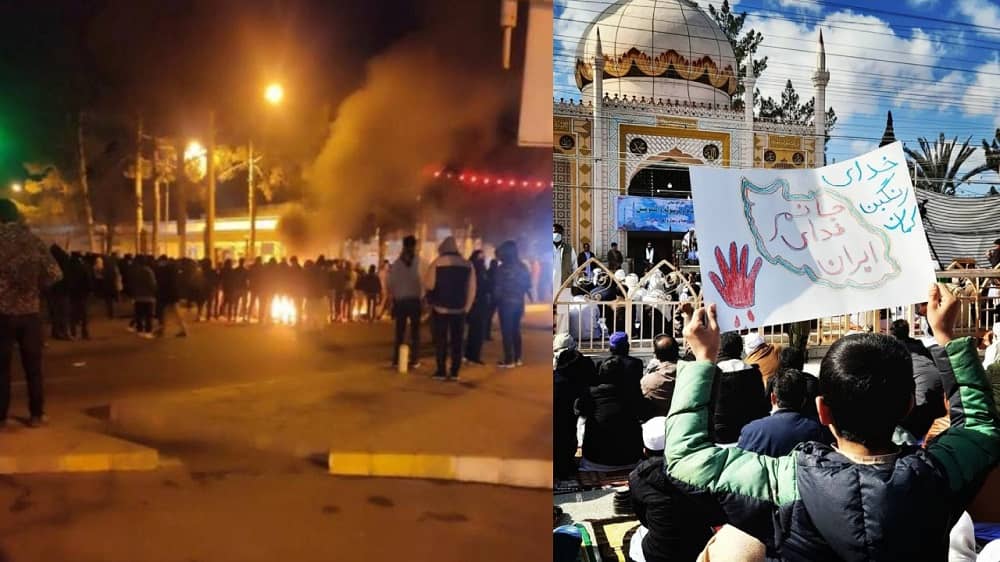 Iran’s nationwide uprising marked its 129th day today, as cities across Iran witnessed more protests in the forms of workers demanding their rights holding gatherings and going on strike, night rallies with locals in different parts of Tehran and other cities chanting anti-regime slogans, and various types of attacks targeting the regime’s sites and symbols.

This morning, family members of death row inmates gathered outside the regime’s judiciary building in Tehran protesting the death sentences and demanding answers from regime officials.

Also today, investors of the Cryptoland online exchange held a rally outside the regime’s judiciary building in Tehran demanding the IRGC return their stolen money returned.

Authorities dispatched security forces to the site where Cryptoland online exchange investors were rallying and demanding the IRGC return their stolen money.

In Najafabad, in Isfahan Province, a protester wrote a graffiti that read, “Death to Khamenei!” in reference to regime Supreme Leader Ali Khamenei.”

On Saturday night, in the different districts of Tehran, including Tehranpars, Ekbatan, and other areas began chanting anti-regime slogans specifically targeting Khamenei and his crackdown apparatus. The slogans included: “This is the year Seyed Ali (Khamenei) is overthrown!” and “So many years of crimes! Death to the mullahs’ regime!”

In Naqadeh, northwest Iran, defiant youth targeted the home of an agent working for the regime’s security forces.

Naqqadeh, northwest #Iran
Protesters attacked the home of an agent working for the regime's security forces.#IranRevolution2023#مرگ_بر_ستمگر_چه_شاه_باشه_چه_رهبرpic.twitter.com/uwQNIpqprv

Iranian opposition coalition NCRI President-elect Maryam Rajavi once again reiterated the determination of the Iranian people and their organized resistance to continue the struggle against the mullahs’ theocratic rule and bring about freedom and democracy throughout Iran.

“Time for western governments to recognize the Iranian people’s struggle for regime change,” the NCRI President-elect said, emphasizing the necessity for the West to blacklist the regime’s IRGC as a terrorist organization.

Iran Protesters Refuse To Stand Down as Baloch Intensify Their Rallies 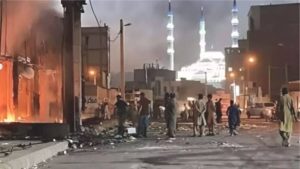 Iran’s nationwide protests are marking their 128th day following a massive demonstration in Zahedan, the capital of Sistan & Baluchestan Province in southeast Iran the day before. People in other cities, such as Rask and Khash, and Galikesh in northeast Iran, were also seen taking to the streets chanting slogans specifically targeting regime Supreme Leader Ali Khamenei and his entire crackdown apparatus, including the Islamic Revolutionary Guards Corps (IRGC) and the paramilitary Basij units. 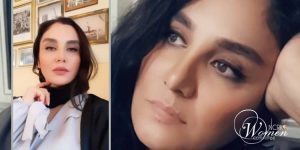 Women’s rights activist Mojgan Keshavarz faces the trumped-up charge of “corruption on earth,” which could be punished by the death penalty.

Mojgan Keshavarz is an opponent of the compulsory Hijab. She had previously received a sentence of 23.5 years in 2019 for openly opposing the mandatory Hijab but was temporarily released due to illness which made prison conditions unbearable.

Her lawyer, Mohammad Moghimi, announced on January 17 that “the life of Mojgan Keshavarz is in danger.” A new case has been filed against her on the charge of “corruption on earth,” Mr. Moghimi said.

Women of Iran Remain High-spirited Despite Much Suffering 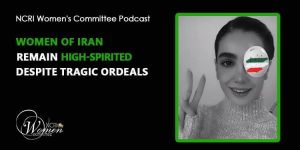 Today, we bring you the inspiring stories of a series of women who have suffered very much during the recent protests in Iran but remain high-spirited in their fight for freedom.

We begin with a young woman whose story leaked to social media first in October and then to international media in November.

Armita Abbassi, 21, was gang-raped many times while under interrogation in a detention center. On October 17, the staff of a hospital in Karaj encountered this young woman in the emergency room.  Her head had been shaved, and she was shaking violently. The medical staff first thought she had cancer, but later, they found out she was bleeding from her rectum due to repeated rape.

Iran’s Revolution and the Regime’s Impasse 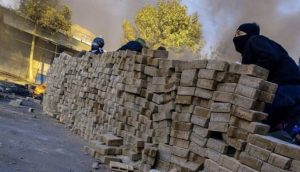 Over the past few weeks, the Iranian regime has desperately tried to bring an end to the protests across Iran, going as far as to rush executions for detained protesters.

Contrary to its expectations that such actions would cease ‘dissent’, when the regime announced a new round of executions, people from all walks of society stood alongside families of the death row protesters and gathered in front of Gohardasht prison to stop the regime’s cruel intention.

Despite all the regime’s threats, acts of repression, and the spread of fear, protests continue for a fifth consecutive week. During that time, protests have become more restive, and people are taking to the streets with any excuse.

Lausanne—January 19, 2023: MEK Supporters Held an Exhibition in Support of the Iran Revolution

Lausanne, Switzerland—January 19, 2023: Freedom-loving Iranians and supporters of the People’s Mojahedin Organization of Iran (PMOI/MEK) held a photo exhibition in memory of the martyrs of the nationwide Iranian Revolution.