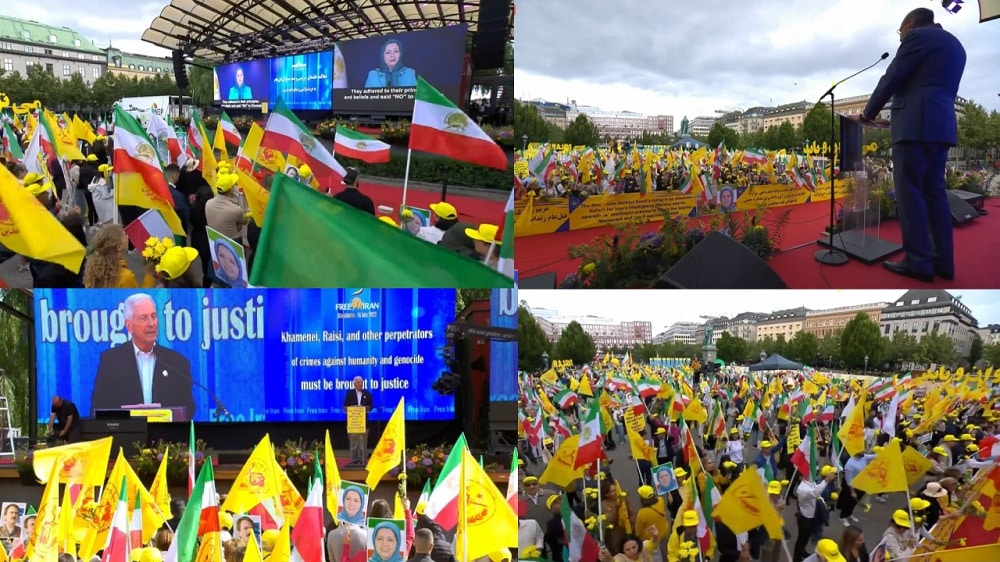 Frustrated With the Ruling of the Swedish Judiciary and the Global Campaign Against Its Dirty Deal in Belgium, the Clerical Regime Designates 61 American Dignitaries 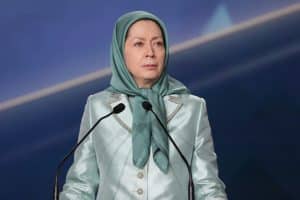 The clerical regime’s Foreign Ministry designated and imposed sanctions on a group of US senators, House representatives, and bipartisan dignitaries. Mrs. Maryam Rajavi, President-elect of the National Council of Resistance of Iran, said in this regard:

“Frustrated with the life sentence the Swedish Judiciary handed down for Hamid Noury, one of the perpetrators of the 1988 massacre, and the setback it suffered in conspiring against the People’s Mojahedin Organization of Iran (PMOI/MEK), the clerical regime attempted to confront the global campaign against the exchange of its terrorist imprisoned in Belgium, by the ridiculous and hollow gesture of designating and imposing sanctions on 61 American personalities who support the PMOI/MEK.” 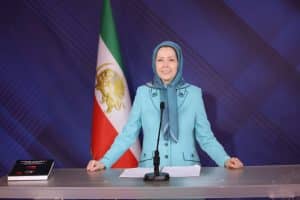 Dear friends and supporters of the Iranian Resistance, I salute and congratulate you all for staying loyal to your pledges with the 1988 massacre martyrs and always being prepared to preserve the PMOI/MEK’s traditions, ideology, and leader.

You stay your ground against whoever wants to trample upon the blood of PMOI martyrs and the movement seeking justice for them to the benefit of the clerical regime. Indeed, what you did over the past year is yet another roaring epic. May your determination and struggle in the fight against the clerical regime be forever enduring. 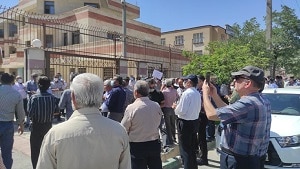 Retirees and pensioners of the Social Security Organization took to the streets again on Saturday, July 16, renewing their rallies and gatherings protesting the regime’s corruption, embezzlement, destructive policies, and refusal to address their outstanding demands over a growing slate of economic woes, including low wages and pensions, rising inflation, skyrocketing prices of basic goods, insurance issues, and poor living conditions. The bereaved mother, Mahboubeh Ramezani, has been sentenced to 100 lashes. The mullahs’ Judiciary issued the sentence in absentia several months ago. Mrs. Ramezani’s son, Pejman Qolipour, was killed during the November 2019 protests by security forces in Tehran.

The news was published by Peyman Qolipour, Pejman’s brother, on his Instagram account. He said the Intelligence Ministry agents were waiting for an opportune moment to arrest his mother. 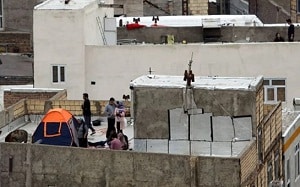 According to official statistics, the government’s current policy of economic austerity—touted as an ‘economic surgery’—has raised rents several folds. As a result, many citizens have been forced to live in low-class areas or take refuge in slums, which has caused other social consequences.

Previous articleIran Regime “Designates” 61 US Personalities as Terrorists
Next articleSome U.S. Officials Can’t Spend Holiday in Iran, as the Regime Has Blacklisted Them for Supporting MEK