According to the state-run website Entekhab on July 25, Gholamreza Karim Aghaei, the director general of the airports of Fars province, stressed that his office is working with the judiciary to prevent women who don’t wear “appropriate hijab” from traveling.

Also on July 25, the CEO of Tehran’s largest cemetery announced that they have collected 98 tombstones that had images who were showing women with “improper hijab” because, according to him, “it is not worthy of the grave of believers” to have the image of women without hijab on the tombstone.

On July 19, the state-run Hammihan newspaper reported that agents from the Ministry of Health have been stationed in some hospitals as “pregnancy patrols”, and according to the hospital authorities, they have “legal permission” for their presence and activities. The mission of these agents is to check the status of patients and prevent abortion. As instructed by the regime’s Supreme Leader Ali Khamenei, the nation’s population has to increase to 150 million in the coming years, and “pregnancy patrols” are an executive arm to make that happen. 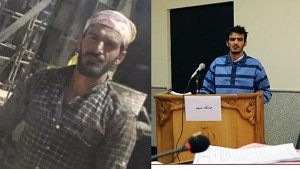 On Saturday, July 23, Iranian authorities hanged political prisoner Iman Sabzikar in public in Shiraz. This is the first public hanging in two years.

Shiraz’s rebellious youths had countered the security forces last February when they maliciously harassed two youths at the Bid-Zard police station. During those clashes with the State Security Force (SSF), IRGC Colonel Ali Akbar Ranjbar, the deputy chief of the SSF station who had attacked the people, was killed.

Deplorable Conditions in Evin Prison Are Worse Than in Qarchak The room where the political prisoners from Qarchak are detained used to be the place for the detention of ISIS and Al-Qaeda prisoners. It is a room without basic facilities like carpet, refrigerator, sweeper, and television. The prisoners must put their belongings on their beds. The toilets are filthy and foul. The water taps are broken and out of order. 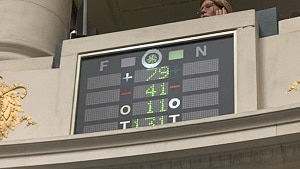 Under pressure from the government, the Belgian parliament has approved the controversial treaty between their government and the Iranian regime to swap prisoners, an act which has raised much skepticism in the past few weeks. Apparently, the Belgian government has succumbed to the regime’s pressure and hostage-taking policies.

In recent weeks, many Iranian dissidents, fearing the consequences of this dangerous deal will encourage the regime to expand its terrorism and hostage-taking policy, protested in Belgium in front of the parliament and the prime minister’s office and in front of the Belgian embassies in other countries.

Delirious Rise in Executions in Iran; 11 Hanged in Just One Day The 11 prisoners whose death penalties were carried out included one prisoner in Shiraz, seven Baluch prisoners in the prisons of Zabol and Zahedan, and three prisoners in Qom.

The Iranian regime has stepped up handing down death penalties and carrying them out since Ebrahim Raisi took office as the regime’s president.