Iranians Cast Their Votes on The Streets

As the religious dictatorship ruling Iran struggles to heat up the mood of a delusion called “presidential election”, the Iranian people express their opinion in very different forms and actions. In many cities, posters and banners of the regime’s candidates are burned and torn apart. As such Ebrahim Raisi ordered his campaign staff to quickly collect all his banners and posters across the country and to prevent any new printing and installation of new banners.

Also, many young Iranians courageously go out on the streets and use the “free speech tribune” that some regime’s campaign advertisers and PR people have set up, to address the public about their true opinion about the regime and call upon the people to boycott the election and say ‘no’ to the entire regime.

A young man in #Iran says he won't vote in the presidential elections because "there's no difference between the candidates".
"Voting is like putting your finger in the blood of 1,500 people they killed during the Nov. 2019 #IranProtests". pic.twitter.com/j3aqUTbBq4 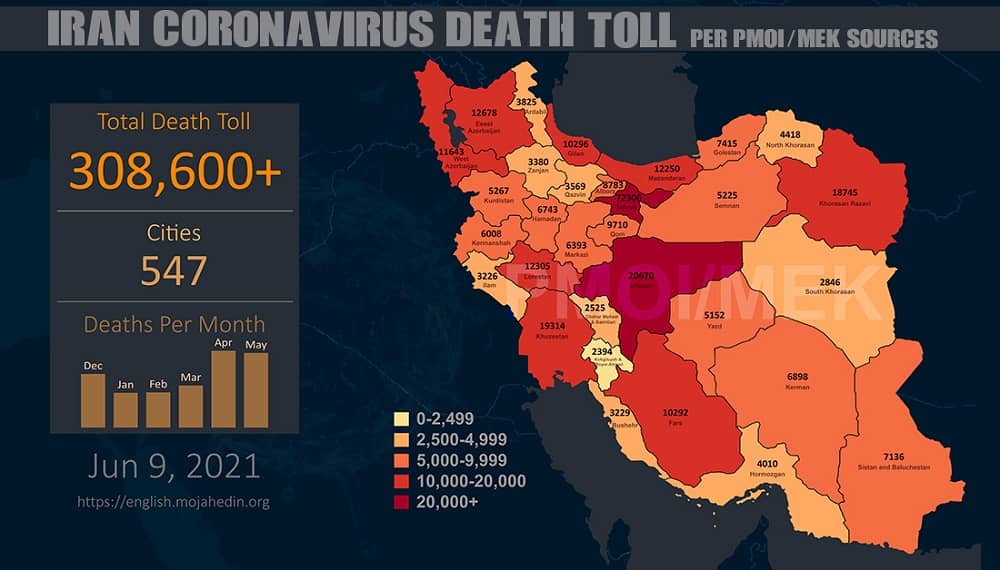 More than 308,600 people have died of the novel #coronavirus in 547 cities checkered across all of Iran's 31 provinces, according to the Iranian opposition PMOI/MEK. 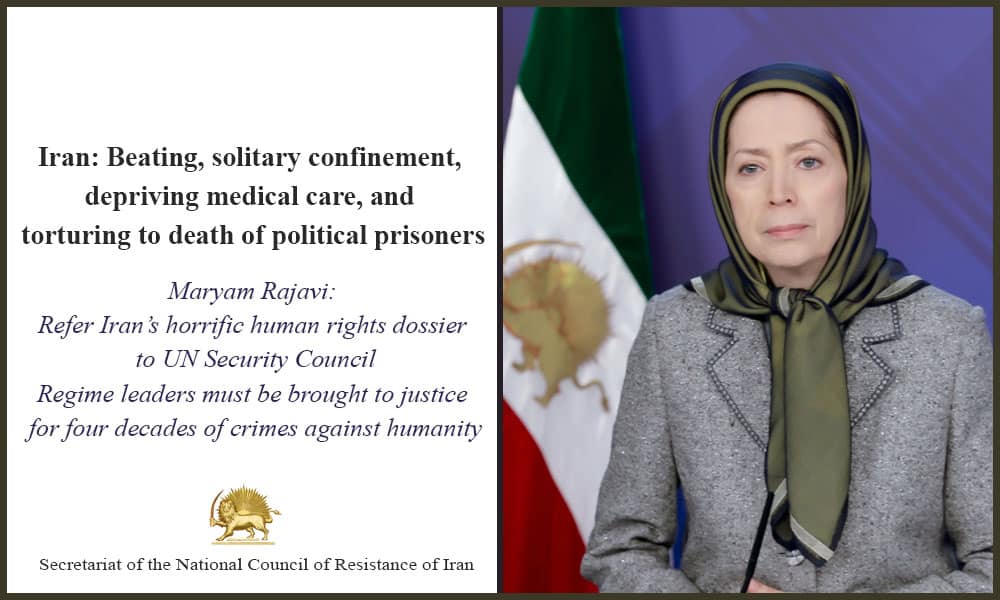 Regime leaders must be brought to justice for four decades of crimes against humanity. On Sunday, June 6, 2021, the political prisoner Sasan Niknafas, 36, died in the Greater Tehran Prison due to a lack of medical care and preventing his transfer to the hospital. He was sentenced to eight years in prison by the notorious judge, Abolqasem Salavati, in January 2020 and suffered from diabetes, epilepsy, and depression. 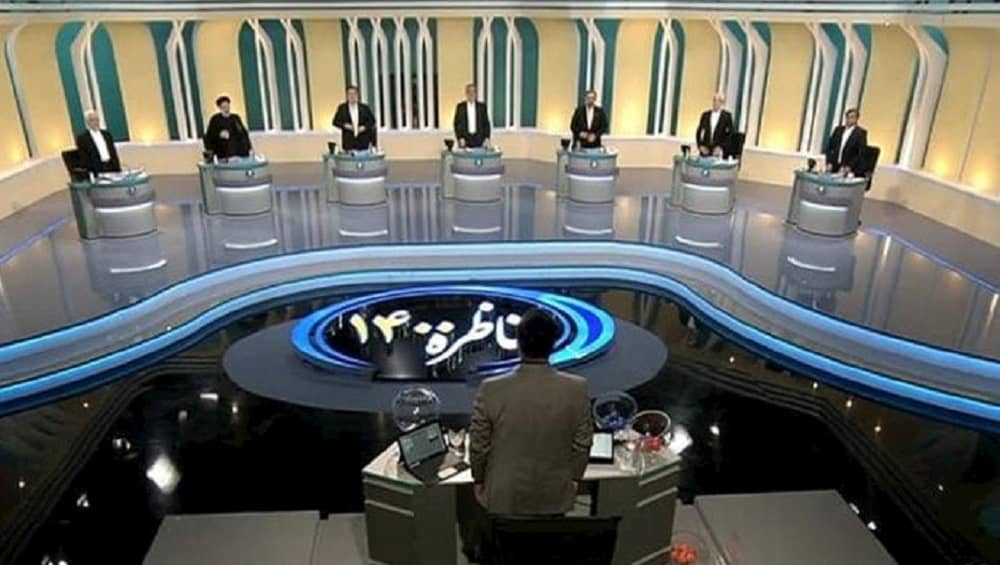 The second round of presidential debate, held on Tuesday, turned out to be another farce that ended up doing more damage to the Iranian regime than maintain its façade of democracy. The candidates were thoroughly vetted for their loyalty to the mullahs’ rule and being instructed by the Guardian Council to steer clear from the regime’s red lines, namely the violent history of Ebrahim Raisi, the preferred candidate of regime supreme leader Ali Khamenei. 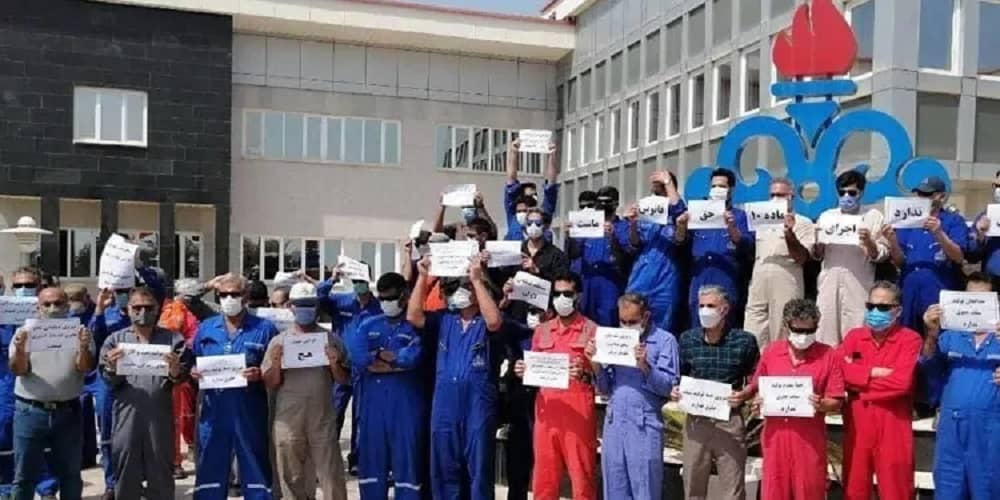 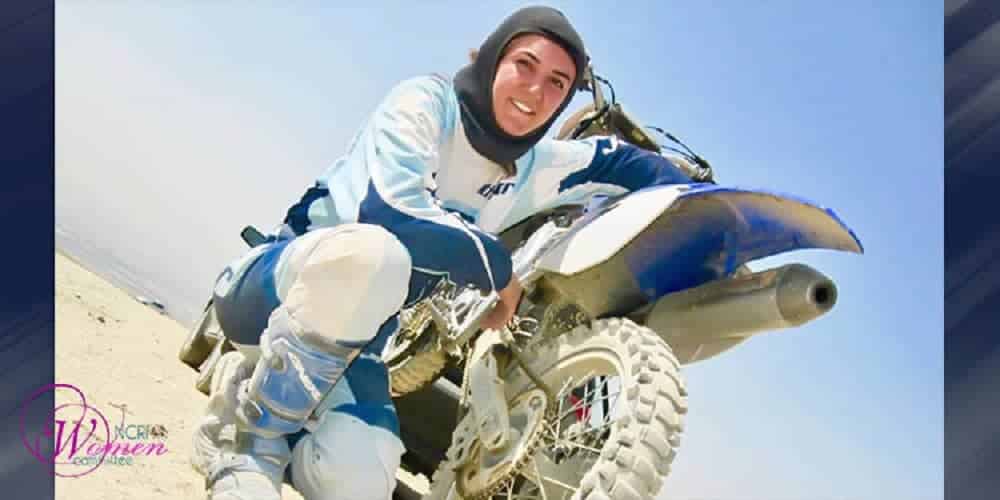 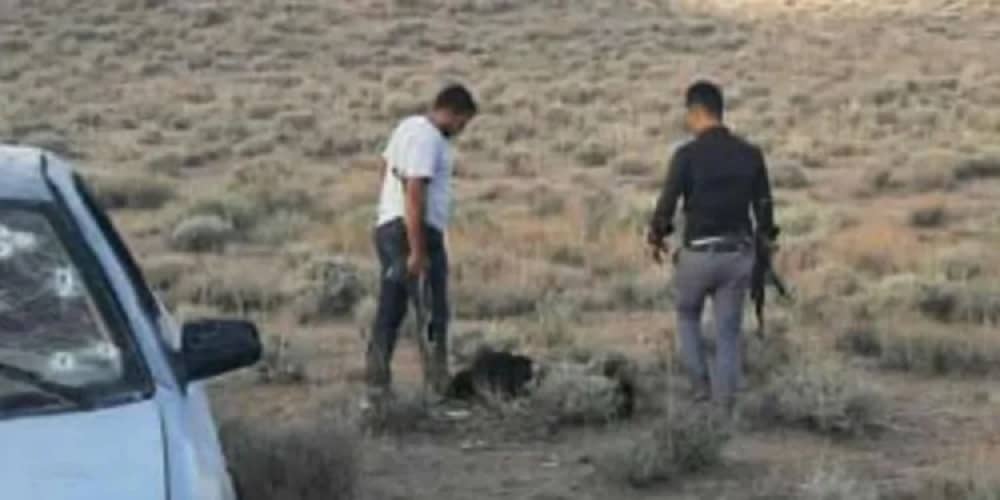 Three Baluch men were killed on June 7 and 8 by security forces in the province of Kerman, southeastern Iran. According to the Hengaw Organization, they were identified as Eidou Sabeki, Abdolreza Shahbakhsh and Karim Shahbakhsh. On June 8, security forces opened fire on Eidou Sabeki suspecting that he was carrying drugs, and he died at the scene. Eidou was killed in the city of Rayen in Kerman.