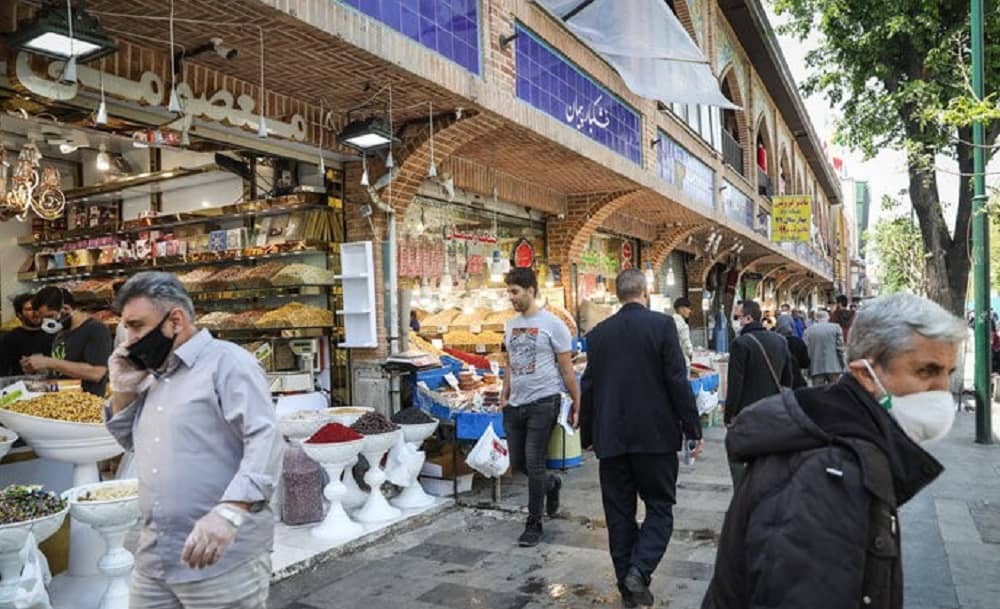 Today, Iran’s capital witnessed a new wave of protests from various groups. Teachers, defrauded property owners, bus drivers, victims of a systemic cryptocurrency fraud campaign by Cryptoland Institution, as well as employees and workers of the health ministry rallied and chanted to get their rights addressed by the authorities. In other parts of the country, there have been independent reports about municipal workers in Ahvaz and teachers in Ilam who took to the streets protesting against local officials and the central government in Tehran.

#IranProtests
Tehran—bus drivers affiliated with the Labor Assembly of Urban Bus Organization rallied in front of the City Council protesting officials' failure to perform a plan for classifying careers. pic.twitter.com/coABZu0BOX

As June 18th nears and Iran’s presidential sham election makes place for itself in the news outlets, more and more Iranians express their anger against the regime and its affairs. Parents of slain protesters of November 2019 increasingly are posting footage on social media and calling upon the nation to boycott the regime’s mascarade and chanting in favor of regime change.

Mother of slain protester Navid Behboudi: We will not vote out of respect for my son and all the mothers who lost their children to the regime & people who were killed during the in November 2019 #Iranprotests#BoycottIranShamElections #Iran pic.twitter.com/mwIBFL5wr0

Father of 19 y/o slain protester Reza Moazzami Goudarzi: "I will never vote for the Islamic Republic and I ask you to join us in this campaign."
Reza was shot to death by the state security forces in November 2019 #IranProtests in Karaj, near Tehran.#BoycottIranShamElections pic.twitter.com/GLmhDpwG7e

Mother of slain Kurd Iranian protester Sarou Ghahremani, killed by the regime during 2018 #IranProtests: "Because of Sarou and all of those killed for freedom in Iran, I will not vote" in the Jun 18 presidential elections. #BoycottIranShamElections pic.twitter.com/GqCoKrmUwW 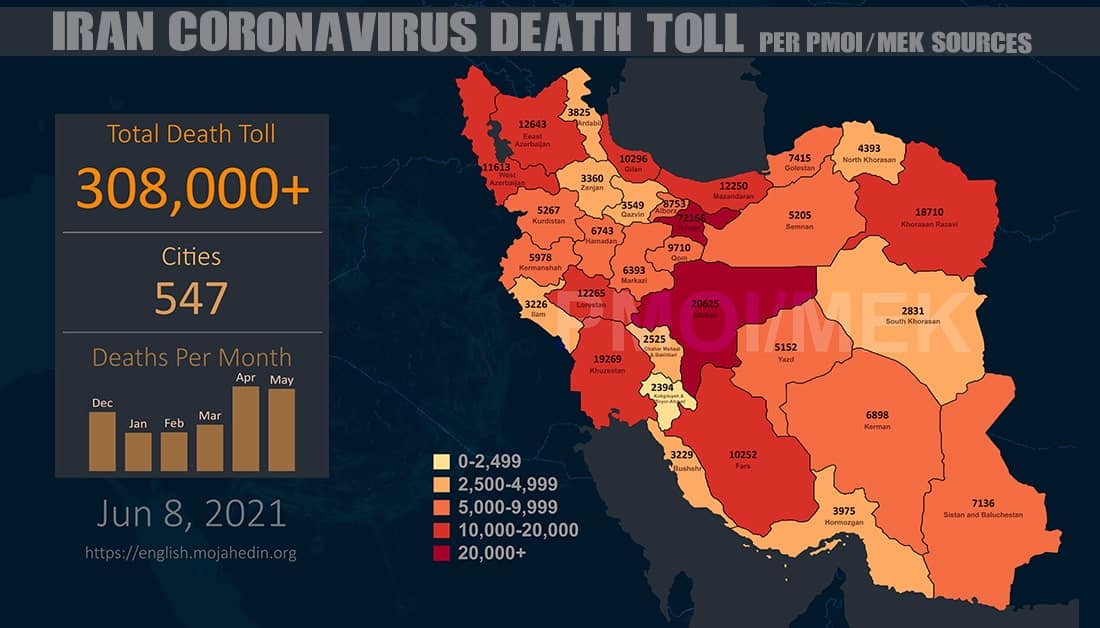 More than 308,000 people have died of the novel #coronavirus in 547 cities checkered across all of Iran's 31 provinces, according to the Iranian opposition PMOI/MEK. 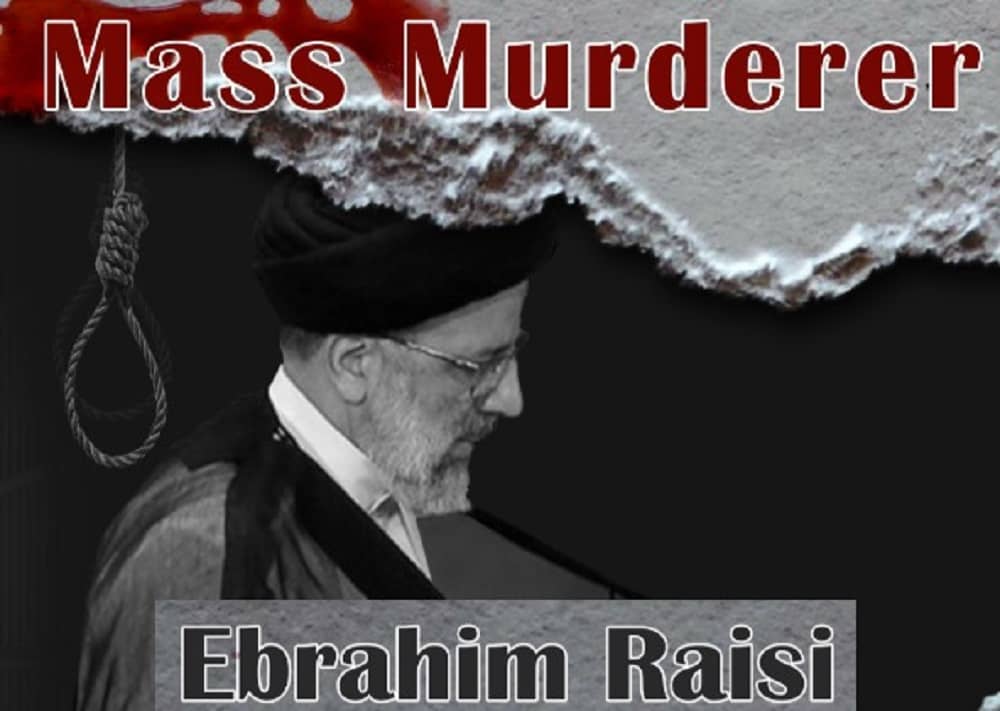 The perpetrator of Genocide and Crime against Humanity
Introduction: A mass murderer for president, why?
Iran is on the brink of a seminal transformation in this year’s presidential “election.” The regime’s Supreme Leader, Ali Khamenei, took a major step this week to push through his preferred candidate for the presidency, Ebrahim Raisi, current head of the judiciary.
Read more 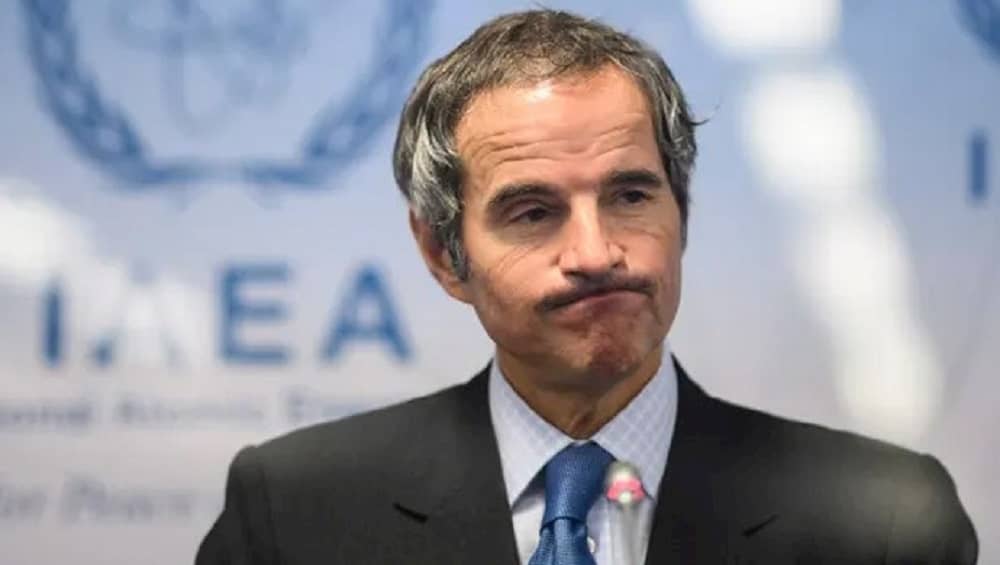 One of the key highlights of the June 7 convention of the Board of Governors of the International Atomic Energy Agency (IAEA) was Iran’s nuclear program, an issue that has been the center of growing tension between Tehran and the international community in the past months. “The lack of progress in clarifying the agency’s questions concerning the correctness and completeness of Iran’s safeguards declarations seriously affects the ability of the IAEA to provide assurance of the peaceful nature of Iran’s nuclear program,” IAEA Director General Rafael Grossi said at the meeting. 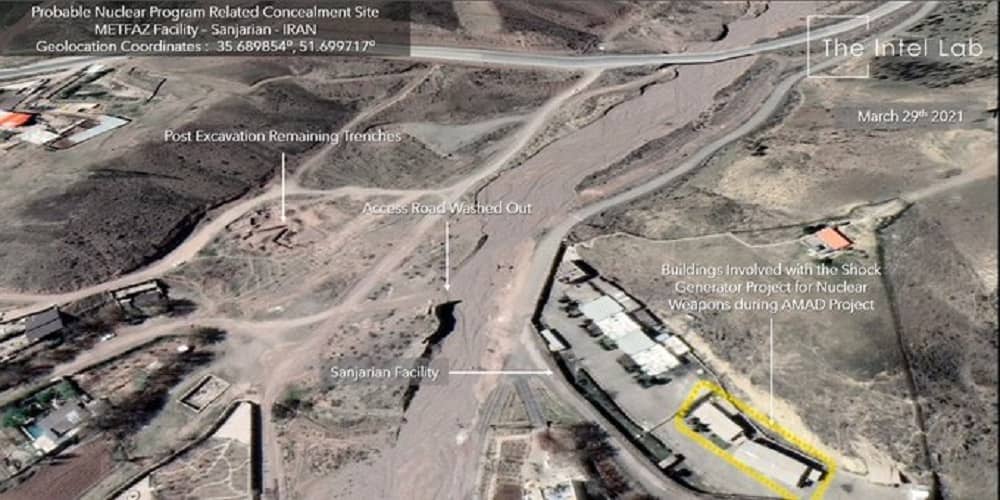 The new images show vehicles at the site in October 2020, and a new access road and excavation in January 2021 that was covered up in March

During a crucial IAEA board meeting in Vienna, the U.S. accused Iran of violating the very nuclear deal that U.S. negotiators are trying to reinstate.

“Since this Board last met, Iran has also exceeded JCPOA constraints by enriching uranium to 60 percent U-235,” the U.S. delegation said in a statement.

The head of the U.N. nuclear watchdog, Rafael Grossi, issued a similar warning. “My expectations about this process, of course, were not met,” the International Atomic Energy Agency (IAEA) director said. “We have a country that has a very developed and ambitious nuclear program, which is enriching at very high levels, enriching uranium at very high levels, very close to weapons-grade.”

Iranian prisoner of conscience dies due to lack of medical attention 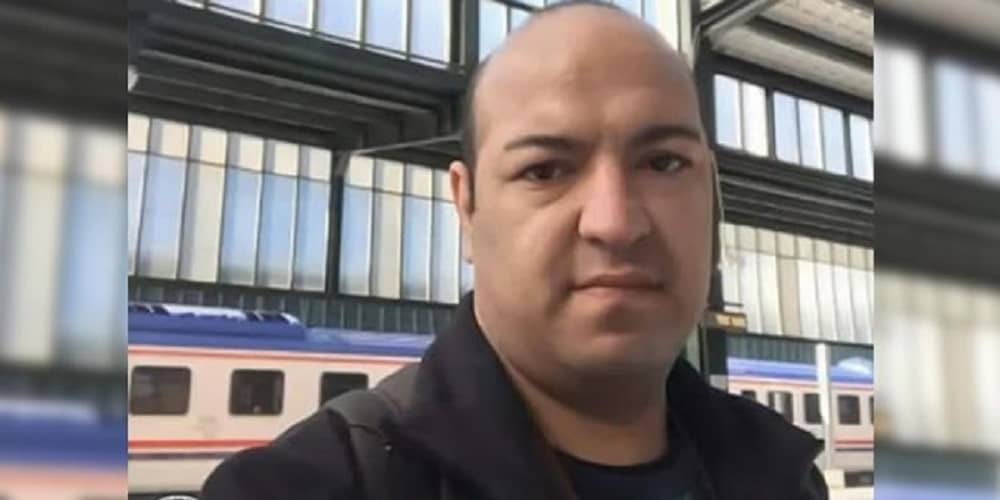 Tehran’s General Administration of Prisons confirmed the death of an Iranian prisoner of conscience Sasan Niknafs on June 5 in the Greater Tehran Penitentiary.

According to the Human Rights News Agency, Sasan Niknafs was kept in the prison infirmary despite his deteriorating health, where he passed away. Two days prior to his death, there was blood discharge from his mouth and nose, but prison authorities prevented his immediate transfer to a hospital. Instead, he was taken to the prison infirmary. 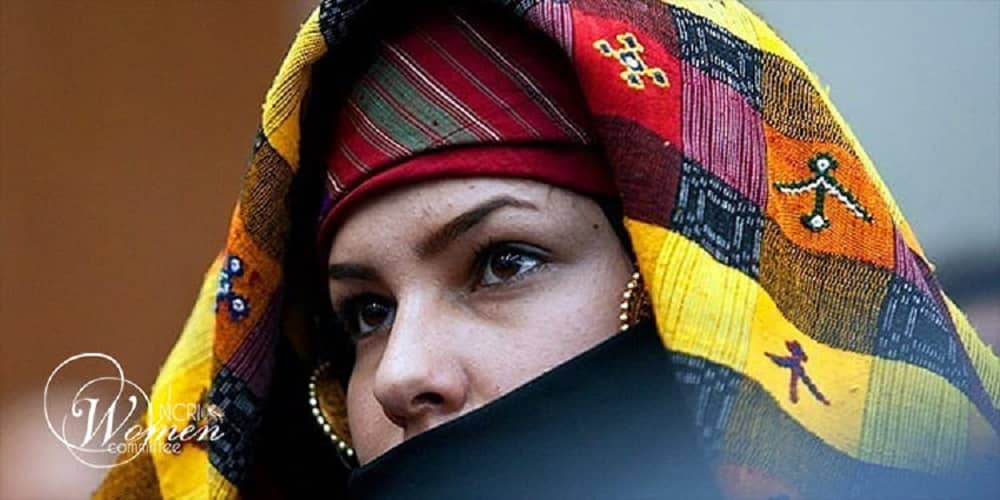 Five Iranian women’s organizations of different ethnicities boycotted the mullahs’ sham presidential election. They called on Iranian women to “fulfill their national struggle, and their political and social duty to boycott the election.” The Women’s Center of Iranian Kurdistan, the Voice of the Women of Ahvaz (Nebras), the Women’s Association of Bankan Solidarity, the Women’s Committee of the Turkmen Sahara Human Rights Defenders Organization, and the Turkish Women’s Association issued a statement on June 5, 2021, calling for a boycott of the regime’s election farce.