Clashes and Protests in Iran on Sunday

With or without a new president in Tehran, the misery continues for the vast majority of Iranians and therefore an end to the daily protests in Iranian cities is obviously nonexistent.

For the second time, workers and employees of Tehran’s metro transit system stroke and rallied to claim their wages.

In Yasuj, locals clashed with the security forces over voter fraud in the city council elections. Four injured have been reported so far.

There have also been reports of strikes of Sina Refinery workers in Qeshm, as well as workers of Farab Bidkhoon Power Plant Company in Asaloye, both Southern Iran. 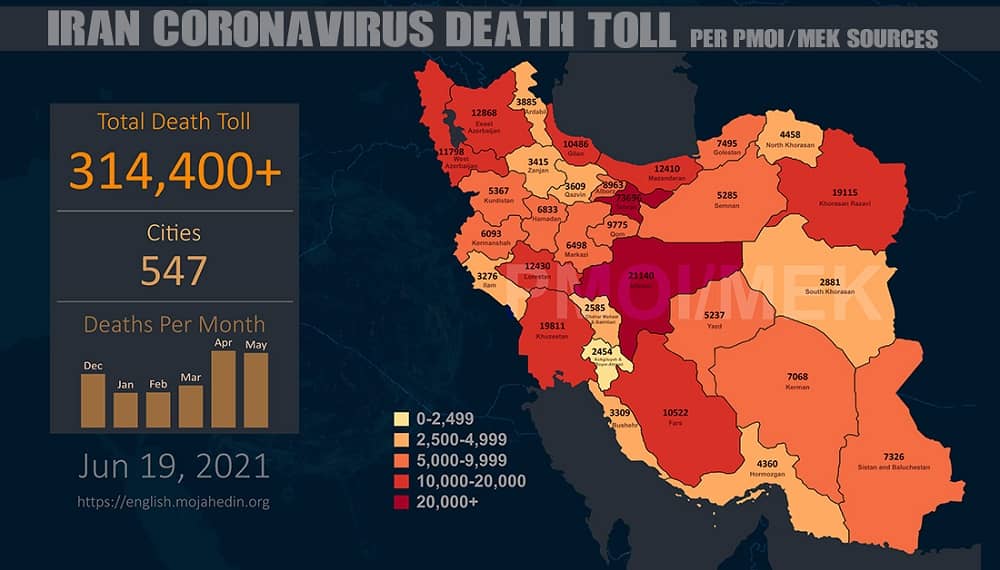 More than 314,400 people have died of the novel #coronavirus in 547 cities checkered across all of Iran's 31 provinces, according to the Iranian opposition PMOI/MEK.

Maryam Rajavi: Installing as President a Mass Murderer and a Criminal Against Humanity Reflects the Regime’s Desperation, Foreshadows the Overthrow of the Ruling Theocracy 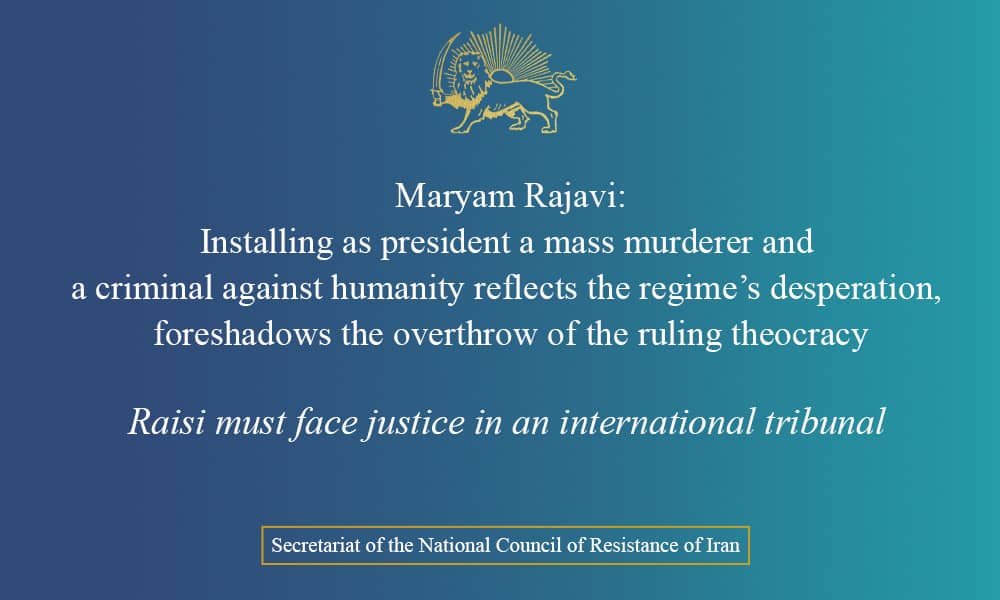 Mrs. Maryam Rajavi, the President-elect of the National Council of Resistance of Iran (NCRI), said the following after the regime announced the results of its sham presidential election:

Despite astronomical rigging and falsifying the vote tally, the dimensions of the popular boycott were so extensive that the regime succumbed to announcing a lower than 49 percent turnout, plainly admitting that the majority of Iranian people boycotted the sham election and testified to its illegitimacy.

As was expected, Iran’s sham presidential election, held on Friday, turned out to be a farce and a humiliation for the tyrannical regime of the mullahs. According to information obtained by the People’s Mojahedin Organization of Iran (PMOI/MEK), less than 10 percent of eligible voters cast their ballots, which displays the Iranian people’s utter contempt for the regime in its entirety.

Iran: Ebrahim Raisi must be investigated for crimes against humanity 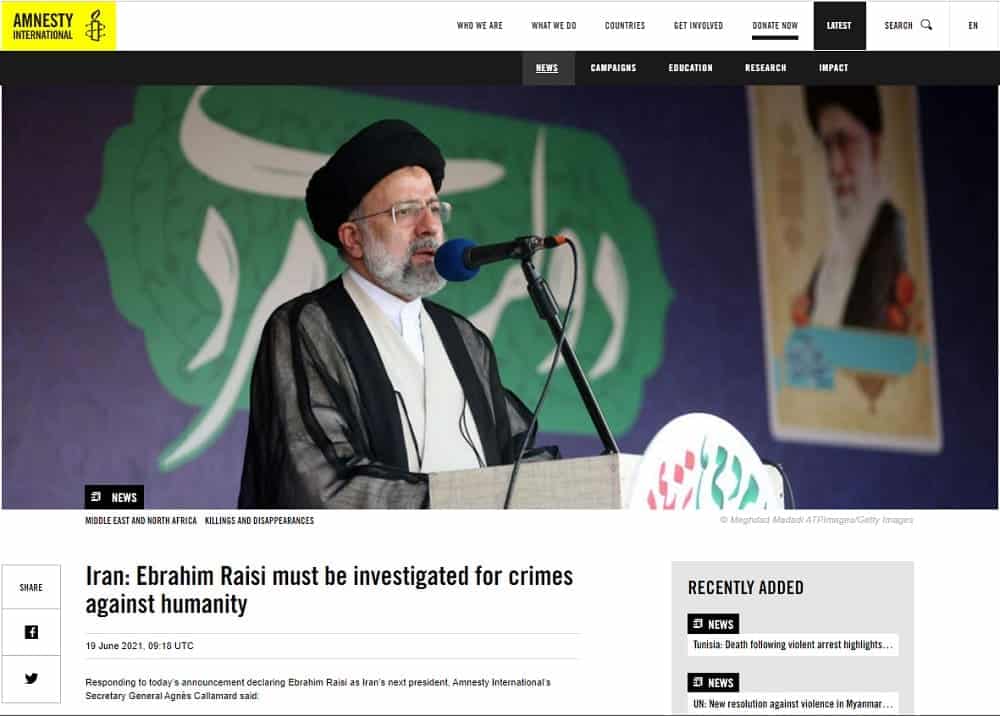 “That Ebrahim Raisi has risen to the presidency instead of being investigated for the crimes against humanity of murder, enforced disappearance and torture, is a grim reminder that impunity reigns supreme in Iran. In 2018, our organization documented how Ebrahim Raisi had been a member of the ‘death commission’ which forcibly disappeared and extrajudicially executed in secret thousands of political dissidents in Evin and Gohardasht prisons near Tehran in 1988. The circumstances surrounding the fate of the victims and the whereabouts of their bodies are, to this day, systematically concealed by the Iranian authorities, amounting to ongoing crimes against humanity. 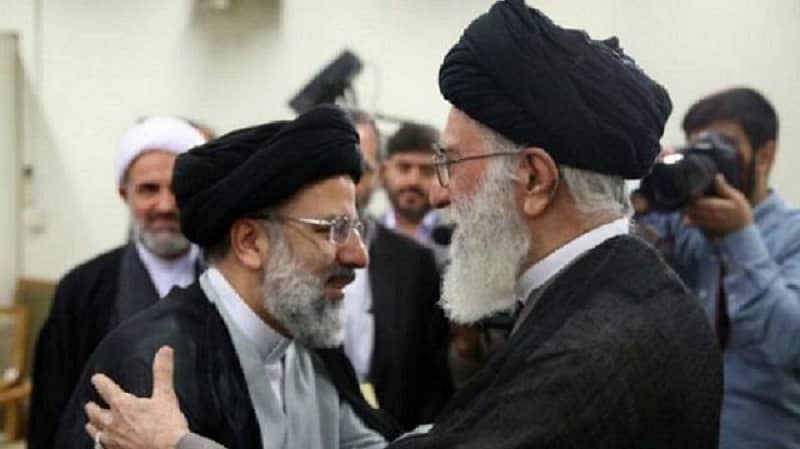 Iran’s Minister of Interior announced today in a press conference that 17,926,345 people voted for Chief Justice Ebrahim Raisi in yesterday’s presidential elections making him the country’s new president. According to Abdolreza Rahmani Fazli only 48.8% of those eligible voted in the elections, a record low compared to previous elections. Of course, 48.8% is fabricated and greatly exaggerated. Thousands of amateur videos and reports from polling stations indicate that less than 10% of Iranians actually voted. But that’s another story.

Raisi’s Desired ‘Security’ Is Nothing but Repression and Censorship 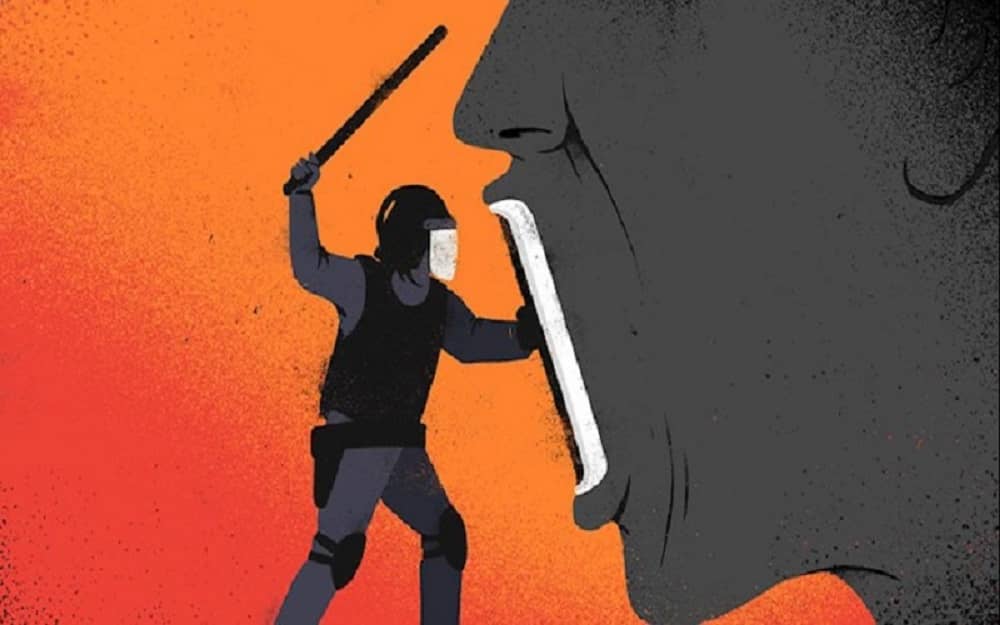 The Iranian regime has decided to contract its regime, by electing the supreme leader’s desired candidate Ebrahim Raisi, who is famous for his role in the 1988 political massacre. This decision is the start of a new era of human rights violation, execution, and repression, especially the youths. UN Watch in two separate tweets pointed out this event and wrote: “Iran’s ruling regime is likely to install Ebrahim Parsi — who sat on a four-man “death committee” that oversaw the execution of 5,000 political prisoners — as its next president. Will U.N. rights chief @mbachelet speak out?”

Previous articleIran: Covid-19 Takes The Lives Of 314,400
Next articleIran Election 2021: The Outcome of Iran’s Presidential Election Confirms “the Game is Over”