Dozens of Protests Throughout the Country

On Tuesday, doctors and medical students in Tehran, Shiraz, Isfahan, Kurdistan, Mashhad, Lorestan, Yasuj, and Kerman gathered to demand their rights and express their economic woes.

In Tehran, shareholders of the Kaveh Sadid company rallied in front of the company’s office protesting the managing board’s refusal to issue permissions for selling their shares or withdrawing their money.

In Andimeshk, Southwest of Iran, workers of the Nasb Niroo workshop joined oil and gas workers on their 10th day of strike action across Iran.

In East Azarbaijan, railroad workers rallied in front of the Azarbaijan general office protesting officials’ failure to meet their demands.

Also in Tehran, school teachers rallied in front of the Parliament, protesting officials’ failure to address their demands, including adjusting their salaries and other privileges with official teachers.

Jun 29 – Shiraz, SW #Iran
Healthcare workers including doctors and medical students gathered outside the Fars Medical Sciences Univ. to demand their trampled rights and protest the Ministry's of Health transgressions as well as its disregard for people's health. #IranProtests pic.twitter.com/smvBSgh62C

It’s All About Protesting, Even Because of Football

A nation fed up with systemic corruption and oppression, uses every opportunity to slam the regime and its officials. Today, football fans of one of the capital’s main clubs turned a rally into a political demonstration, chanting and insulting the minister of communication of Rouhani’s government. 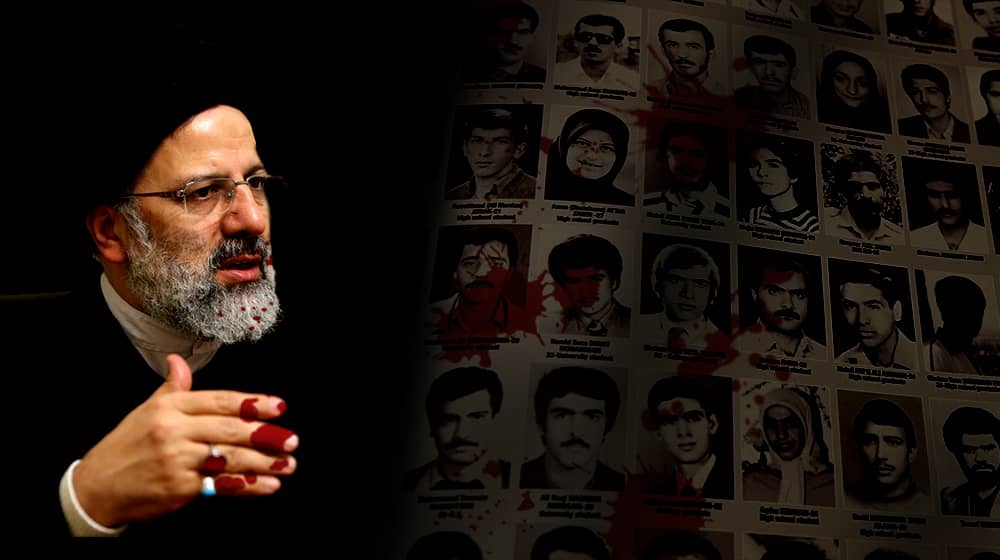 GENEVA, June 29 (Reuters) Stephanie Nebehay – The U.N. investigator on human rights in Iran has called for an independent inquiry into allegations of state-ordered executions of thousands of political prisoners in 1988 and the role played by President-elect Ebrahim Raisi as Tehran deputy prosecutor.
Javaid Rehman, in an interview with Reuters on Monday, said that over the years his office has gathered testimonies and evidence. It was ready to share them if the United Nations Human Rights Council or other body sets up an impartial investigation. 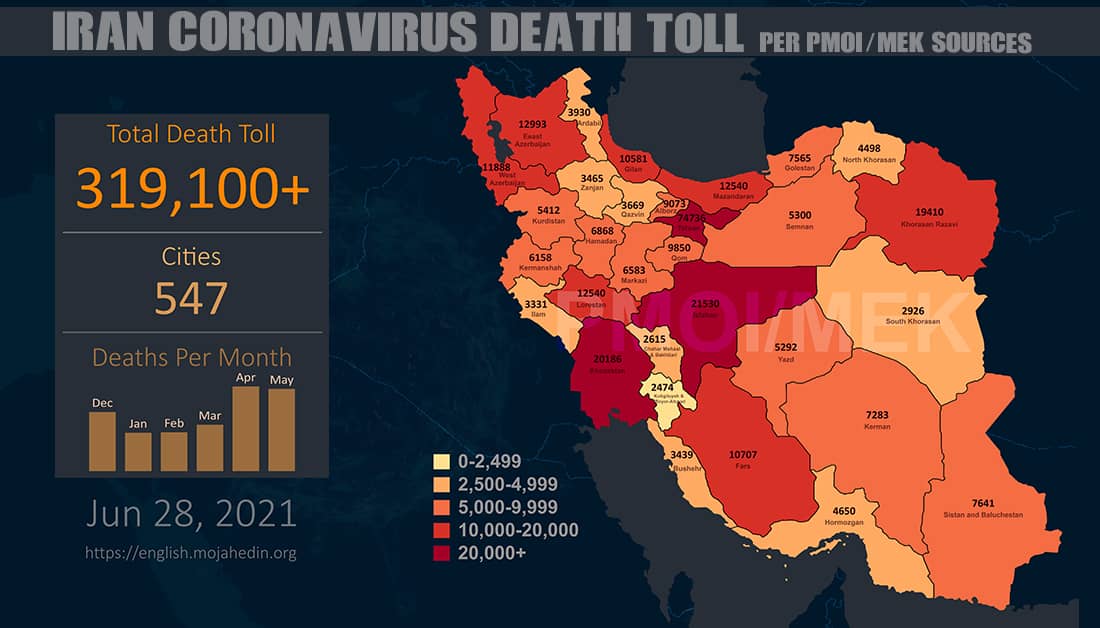 More than 319,100 people have died of the novel #coronavirus in 547 cities checkered across all of Iran's 31 provinces, according to the Iranian opposition PMOI/MEK.

The Growing Wave of Protests in Iran 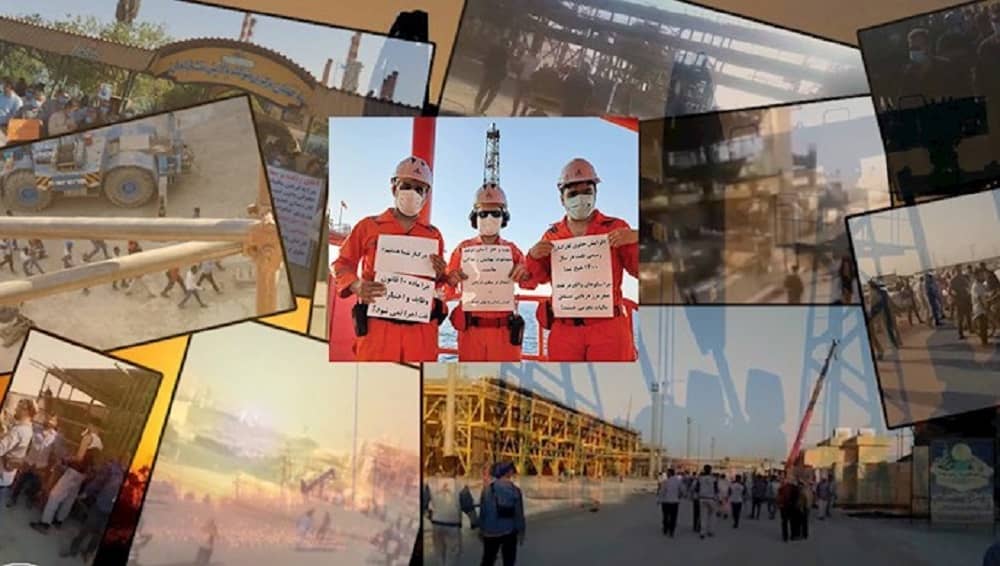 This is happening while oil and petrochemical workers of more than 60 companies across Iran are holding an ongoing strike that is in its second week and is expanding every day. The workers are protesting their low wages, their poor working conditions, and the authorities’ lack of commitment to address their problems. 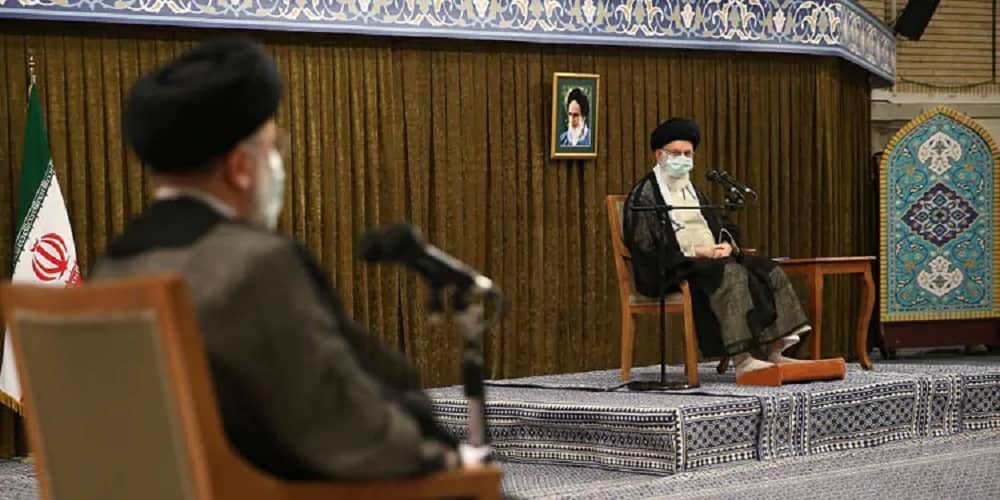 The Supreme Leader of the Iranian regime dismissed Iran’s election boycott and said today that the vote was “monumental”. Khamenei said those who turned out for elections “threw a punch at boycotters and opponents of the elections”. Iran’s so-called elections led to the victory of former Chief Justice Ebrahim Raisi, known mostly for his part in the execution of thousands of political prisoners in the late 1980s. 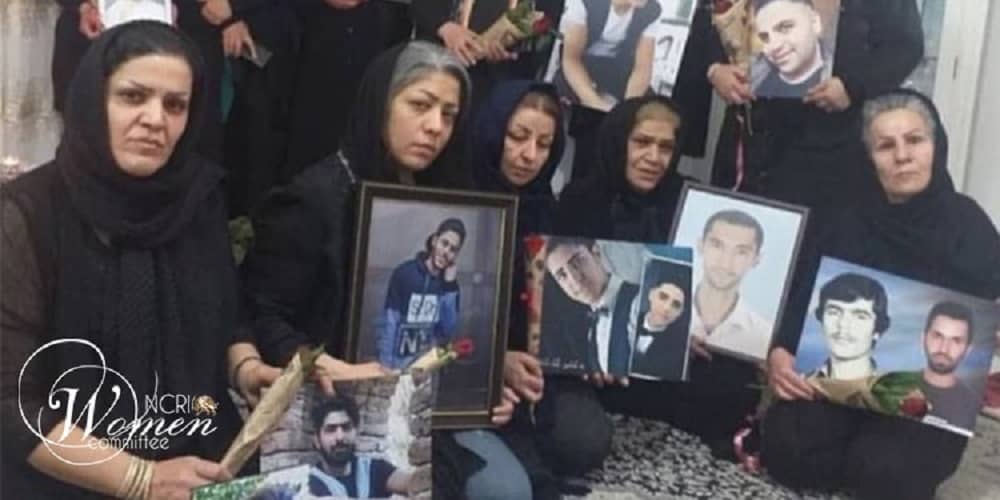 A considerable number of mothers of November 2019 victims have declared support for the nationwide strike of oil workers known as “Campaign 1400.” The nationwide strike of contract workers of oil and petrochemical industries has continued for ten days in 19 cities. Workers of 61 industrial units have joined the strike, and more are joining. They demand higher salaries and better conditions at work. 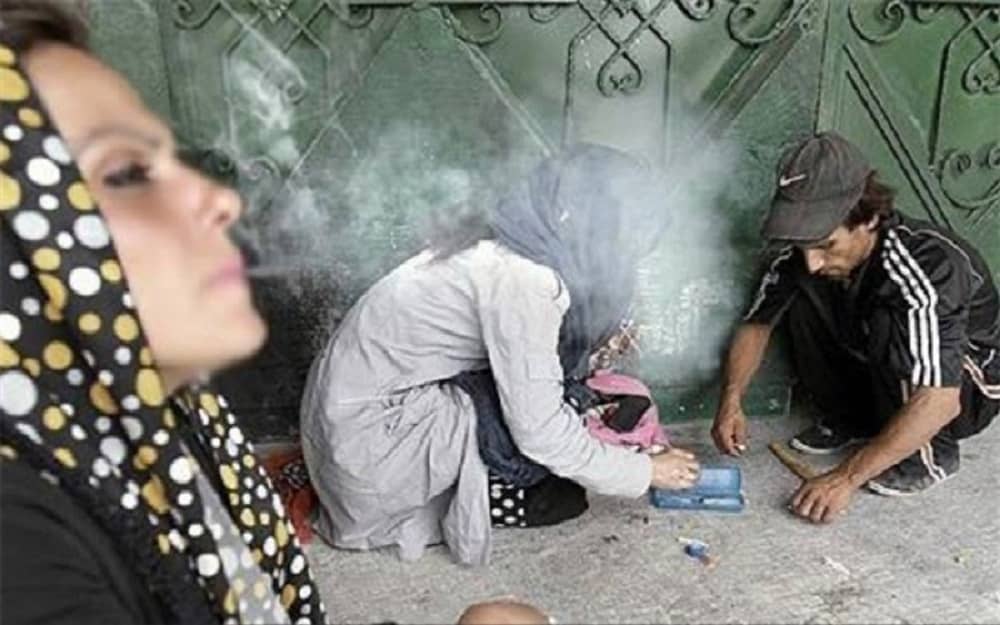 According to Iran’s official statistics, 13 Iranians die every day due to drug abuse. The director-general of treatment and social support of the country’s anti-narcotics headquarters said that there are about 2.8 million addicts in Iran. In addition, 1.6 million people use drugs recreationally. Statistics that are painful and cannot be ignored, and simplistic from various cultural, social, health, and even economic and political dimensions.

Iranian Arab Killed Under Torture by Police in SW Iran 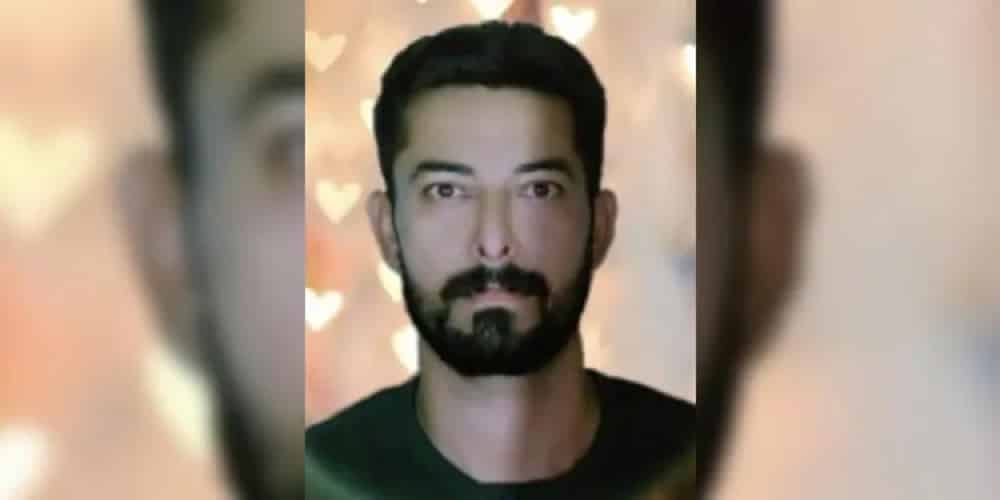 An Iranian Arab was killed under torture by police in Khorramshahr, southwestern Iran. According to a local Arab Telegram channel, the man was identified as Kazem Hazbavi. Kazem was married and father to three boys and one girl. The report said police forces chased and ran over Kazem with a car, then took him to the police station. Locals reported he was injured in the car chase, then tortured at the station where he lost his life. 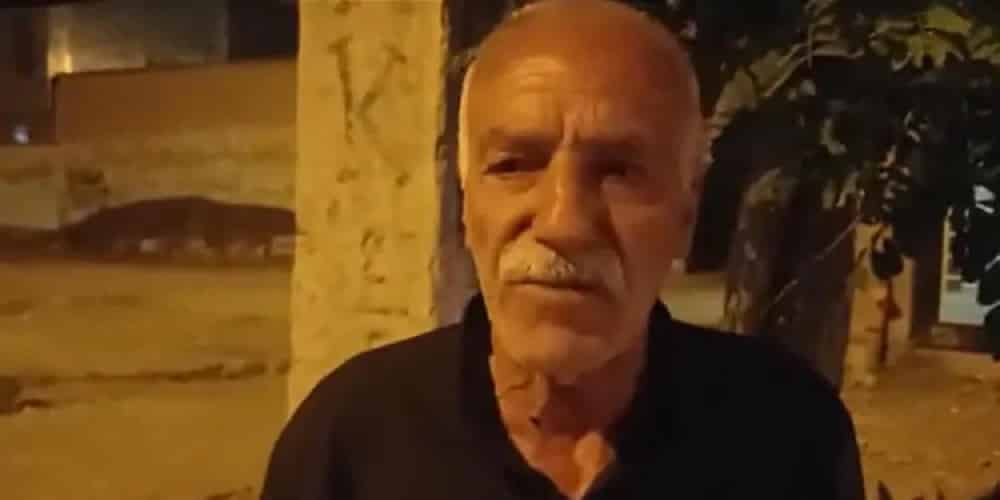 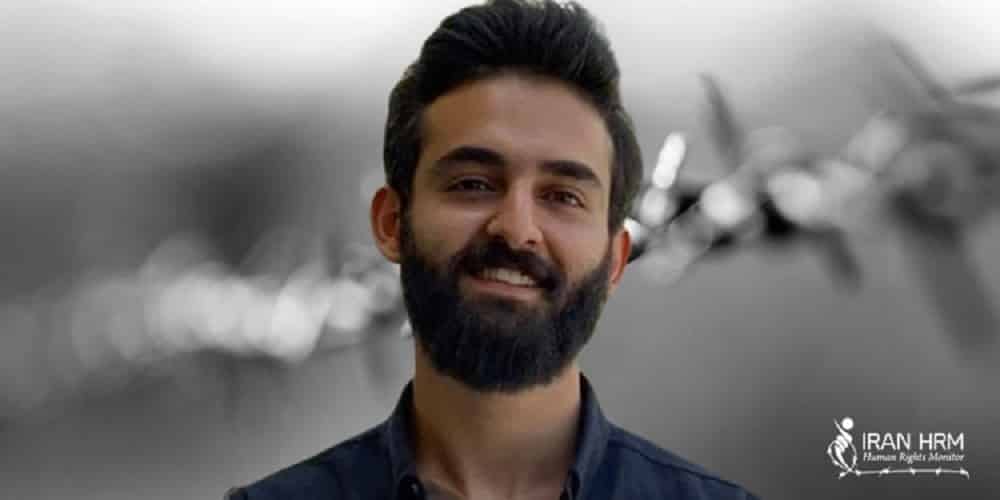 Saeed Eghbali, a civil activist imprisoned in Rajai Shahr Prison in Karaj, lost part of his hearing due to an advanced ear infection that was left untreated in prison. Saeed Eghbali was transferred to Amir Alam Hospital in Tehran on Saturday, June 19, and was returned to prison after being examined by a doctor and prescribed medication. The authorities have deliberately denied him medical care, putting him at risk of suffering permanent damage to his health.