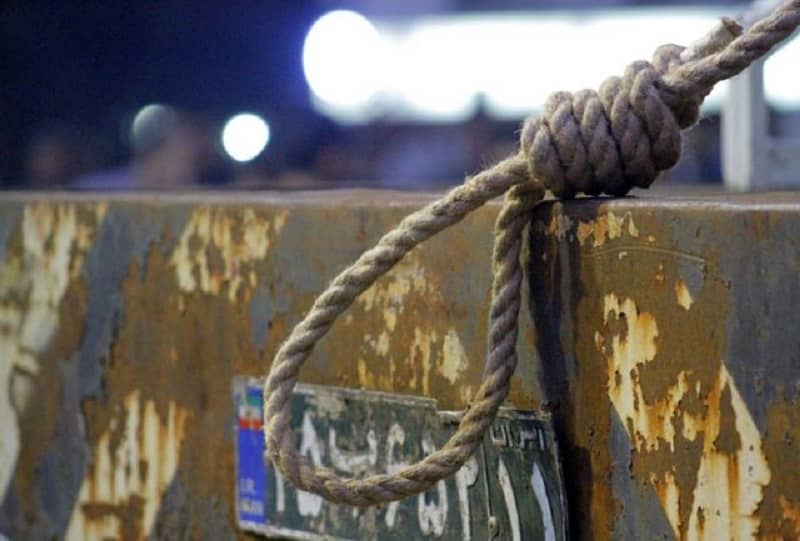 According to the state-run Rokna news agency, the Iranian regime executed four prisoners this morning, March 15, in Mashhad central prison. Also, the clerical regime has hanged another prisoner in Zanjan. The victim is identified as Arash Varethi, 35, from Bijar county. Arash and his brother Nejat Varethi were transferred to solitary confinement on Friday, and after visiting his family, Arash was hanged by the regime’s authorities. Arash’s brother, Nejat’s situation, is in limbo.

It is worth noting that the mullahs’ regime has started a new wave of executions, simultaneous with the increasing social protests. These executions demonstrate mullahs’ fear of a restive society and are meant to intimidate the public.

The mothers of 11 slain protesters, shot and killed during November 2019 protests, gathered together to commemorate their loved ones before Nowruz

The mothers of 11 slain protesters, shot and killed during Nov. 2019 #IranProtests, gathered together to commemorate their loved ones before #Nowruz.

These mothers will never forget or forgive. pic.twitter.com/SaR4FIurGF 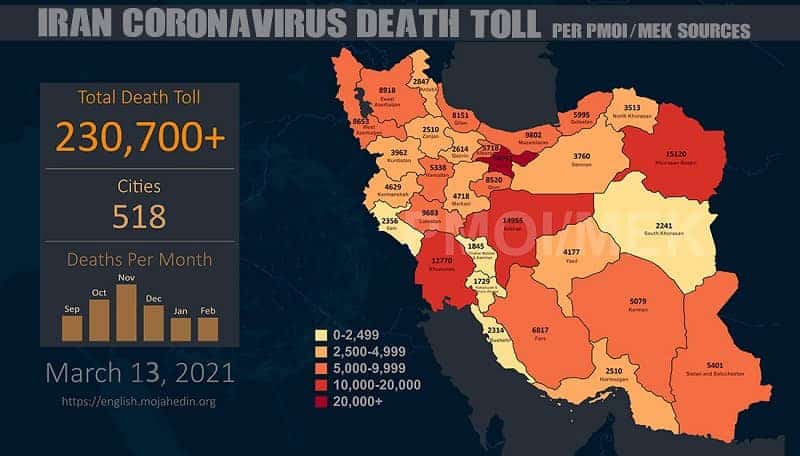 More than 231,300 people have died of the novel #coronavirus in 518 cities checkered across all of Iran's 31 provinces, according to the Iranian opposition PMOI/MEK.

Retirees and pensioners of the Social Security Organization in Iran held protest rallies across the country on Sunday demanding higher pensions as inflation and prices of basic goods continue to escalate. The cities of Tehran, Karaj, Isfahan, Tabriz, Ahvaz, Rasht, Khorramabad, Arak, Kermanshah and others witnessed such rallies as regime officials refuse to provide any answers. The protesters were also complaining that even their mere pensions are often delayed for several months.

Maryam Rajavi, the President-elect of the NCRI, welcomed the nationwide retirees’ protests and wrote in a Twitter message that continuous protests by pensioners and retirees echo the Iranian people’s outcry over usurpation of their rights by the religious fascism ruling Iran.

Mrs. Rajavi wrote: “So long as the clerical dictatorship has its grips on power in Iran, unemployment, inflation, corruption, injustices and class differences are only aggravated.”

So long as the clerical dictatorship has its grips on power in #Iran, unemployment, inflation, corruption, injustices and class differences are only aggravated. #IranProtestshttps://t.co/ICnitj7CY9 pic.twitter.com/DrKbNYqYJ5

Police opened fire on a car in Rask County, southeastern Iran yesterday, wounding a woman and killing a minor. According to the Baloch Campaign website, the minor killed was identified as Younes Yazdanshenas who was with his aunt, Nour Bibi.

An informed source said the two were going for medical errands when the police opened fire on them after they passed a checkpoint. The source added that both were transferred to the Chabahar hospital but Younes died due to the severity of his wounds and blood loss.