Relatives of slain protesters visit the grave of their children

Mar. 19 – #Iran
The parents of 15yr old, Mohammad Dastan Khah, shot and killed by security forces during Nov. 2019 #IranProtests, cry over his grave one day before #Nowruz.

The regime will pay for killing children just to stay in power for a bit longer. pic.twitter.com/5y9v492oez

Mar. 18 – Tehran #Iran
The father of slain protester Mostafa Karim Beigi, killed during Dec. 2009 #IranProtests, places a candle on his grave on the last Thursday before #Nowruz. pic.twitter.com/cHx00YSWDc

Police shoot and kill man, injure another in W Iran 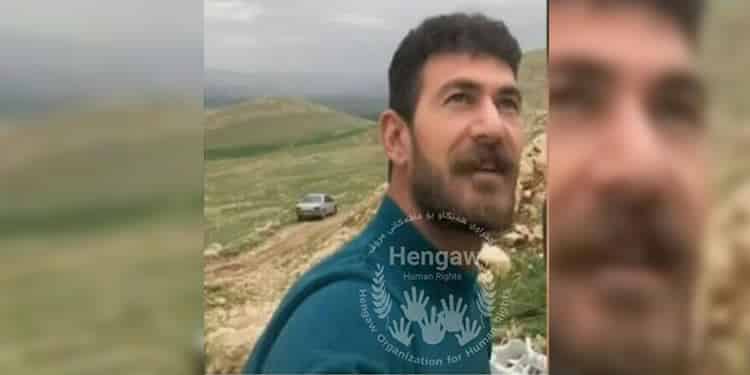 One man was killed, and another was injured in a police shooting yesterday in Kermanshah western Iran.

According to the Hengaw Organization website, the men were identified as 25-year-old Sirvan Mohammadi and 70-year-old Ali Ahmadi. They were both injured and taken to the hospital but Sirvan died due to the severity of his wounds. Both men were followers of the Yarsani religious minority group, banned by the Iranian regime.

Another woman hanged in Iran after 8 years of imprisonment 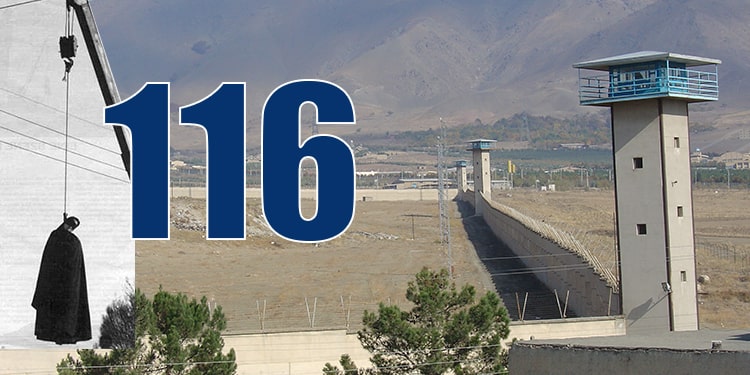 The clerical regime hanged yet another woman in the Prison of Taybad in eastern Iran on Sunday, March 14, 2021.

Taybad is located in Razavi Khorasan Province in eastern Iran. Nafiseh Pakmehr had been imprisoned for 8 years on death row before being hanged.

This execution has not been announced by official authorities or the state media in Iran as this news is being published. 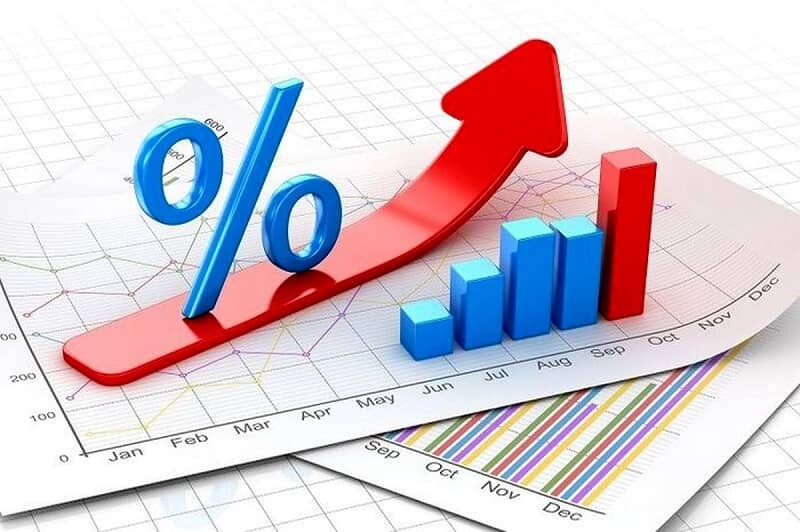 Amir Gholi Jafari, one of the regime’s MPs acknowledged today: “This mismanagement turmoil today is partly to the officials’ lack of motivation. The [skyrocketing price] of eggs, chickens, etc. was clear to the parliament months ago. I declare loudly that the sanctions have nothing to do with the current turbulent situation, people should not stand in line for chickens and eggs after 40 years.”

Maryam Rajavi: On the last Thursday of the Persian year we observe the tradition of visiting the tombs of martyrs

On the last Thursday of the Persian year we observe the tradition of visiting the tombs of martyrs. We pay homage to the martyrs of nationwide uprisings of the people of #Iran by visiting their tombs. We pledge to continue their path until Iran is free. #FreeIran pic.twitter.com/kHuVYeRREo 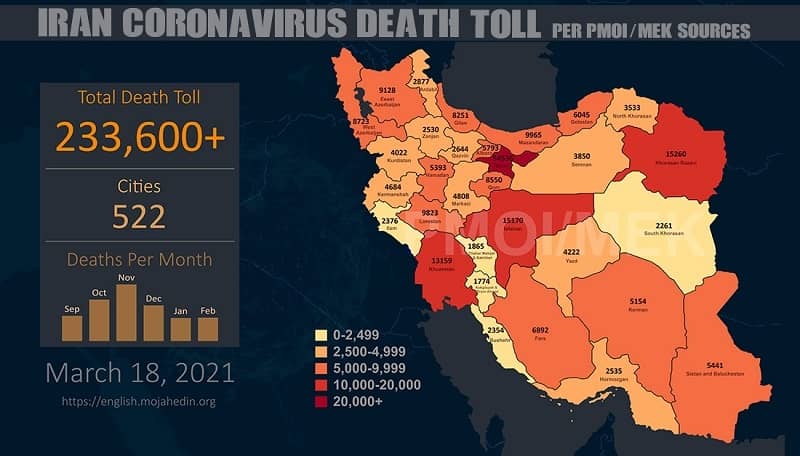 More than 233,600 people have died of the novel #coronavirus in 522 cities checkered across all of Iran's 31 provinces, according to the Iranian opposition PMOI/MEK. 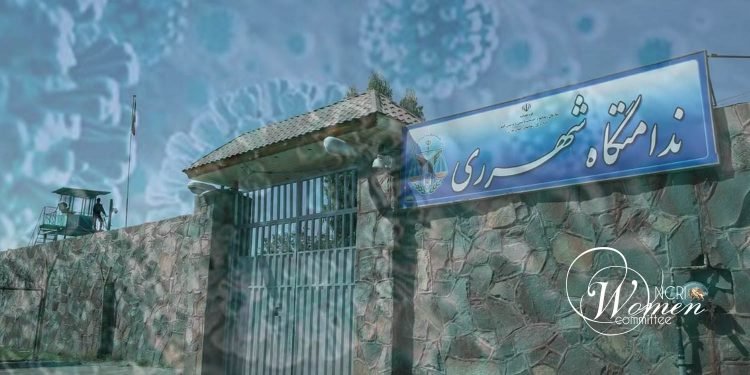 Informed sources reported on Wednesday, March 17, that 21 inmates in Qarchak Prison are infected with the Covid-19 in Ward 6.

Iran’s minimum wage policies is a dagger in workers’ backs 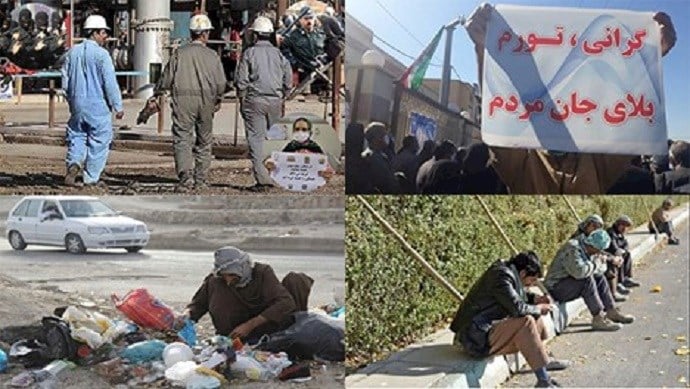 On Sunday, March 14, Iranian regime labor minister Mohammad Shariatmadar declared that the mini mum wage for workers for the coming Persian calendar year (starting on March 20) is 26.55 million rials, which in comparison to the current year, has increased by 39 percent.

Since the 1979 revolution, the minimum wage of workers has been a clear manifestation of the tyranny of the mullahs’ rule. In the past few years, the minimum wage has been declared as such that it has consistently been around a quarter of the poverty line.

Iranians Continue Protests; at Least 11 Rallies and Strikes on March 17 and 18 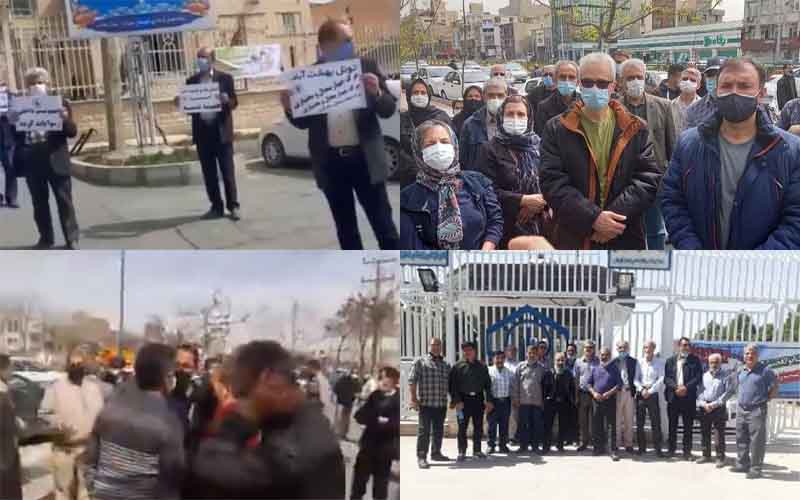 On March 17 and 18, the people of Iran staged at least 11 rallies and protests in different cities over officials’ failure to meet their inherent demands. On March 18, retirees, pensioners, and welfare recipients once again rallied in six provinces, blaming officials for failing to adjust their pensions with the inflation rate.