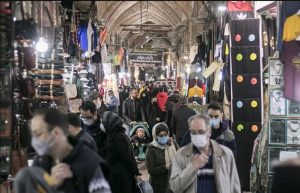 Iranians protest the 25yr deal between China and Iran

March 29 – Tehran, #Iran
People are seen rallying outside the regime's Majlis (parliament) protesting the 25-year deal signed between the mullahs and China on Saturday.

"Iran is not for sale!" the protesters are chanting.#IranProtests pic.twitter.com/WZSJAEDA2C

Maryam Rajavi, the President-elect of the NCRI wrote in this regard in a Twitter message:

“The anti-Iranian mullahs’ regime auctioned the resources and properties of the people of Iran in a 25-year contract with China.”

“Last year, I did emphasize that the lives and health of Iranians, their water and land, their culture and national resources do not have any value for Khamenei, Rouhani and other regime leaders.”

Last year, I did emphasize that the lives and health of Iranians, their water and land, their culture and national resources do not have any value for Khamenei, Rouhani and other regime leaders. #Iran

“The mullahs only think of preserving their own religious fascist dictatorship, which Khomeini said is the most important issue. He said they could even forsake the precepts of Islam to preserve the regime.”

“Therefore, the mullahs could not care less about protecting the Iranian people’s assets and resources.”

Therefore, the mullahs could not care less about protecting the Iranian people’s assets and resources. #Iran

Mar. 29 – Tehran, #Iran #Iranians gathered today outside the parliament to protest the 25yr deal between China and Iran.
They believe the regime is selling out the country to China. #IranProtests pic.twitter.com/vpYIIgf7hW

#Iran#Iranians have taken to the streets to protest the 25yr agreement signed between the regime and China.
"Iran is not for sale!"
"Iranians support us!"

Photos of Ebrahim Atshani, who was fatally shot by the IRGC Basij members

Photos of Ebrahim Atshani, a young man from #Iran's Arab minority who was fatally shot by the IRGC Basij members. He died in a hospital in Ahvaz on Saturday. He had previously been arrested during the Nov. 2019 #IranProtests & was released on bail after several months in prison. pic.twitter.com/LOPRmGmzZd

Mothers of the victims of execution seek justice for the perpetrators 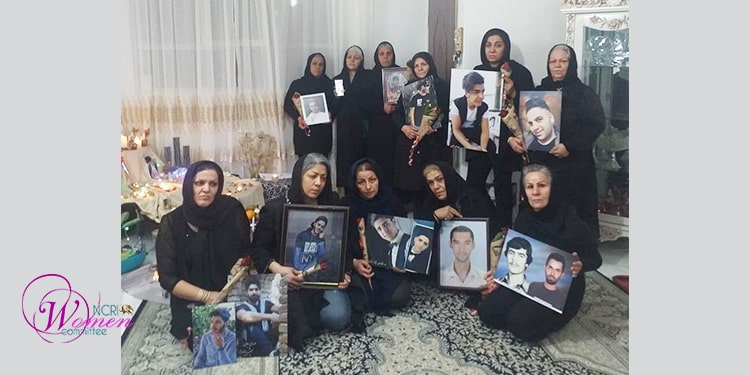 Mothers of the victims executed or killed by the clerical regime in Iran, and particularly the mothers and siblings of the victims of the November 2019 uprising, made remarks during the Persian New Year days seeking justice for their children. They want the murderers of their children and loved ones to be prosecuted and punished. 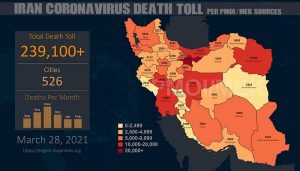 More than 239,100 people have died of the novel #coronavirus in 526 cities checkered across all of Iran's 31 provinces, according to the Iranian opposition PMOI/MEK. 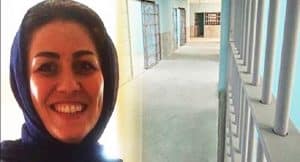 Political prisoner Maryam Akbari Monfared is facing intensifying inhuman pressures following her transfer from the notorious Evin prison of Tehran to Semnan prison. On March 10, Mrs. Akbari Monfared was transferred to Semnan and has since faced various restrictions and pressures. She has already been in prison for thirteen years without one day of furlough.

Maryam Rajavi: The people of Iran expect that Europe adopts a firm policy vis-a-vis the Iranian regime and supports their desire for Human Rights and democracy.

The people of #Iran expect that Europe adopts a firm policy vis-a-vis the Iranian regime and supports their desire for #HumanRights and democracy.https://t.co/EOBvzCx2bU pic.twitter.com/5mMvWGHGrr 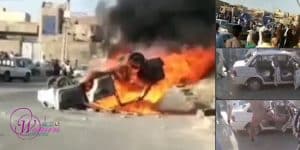 The robbing of three Baluch women by agents of the Revolutionary Guards (IRGC) led to public outrage and protests in Zahedan, capital of Sistan and Baluchistan Province.

Three Baluch women were riding in a private taxi driven by two armed agents of the IRGC. The agents attempted to rob the women’s jewelry when one of the women threw herself out of the car and started crying out and seeking help.