Leaders of the National Council of Resistance of Iran (NCRI) called on the international community at a press conference on Tuesday to re-enforce sanctions on Iran and not surrender to “Tehran’s blackmailing and posturing.”

NCRI officials revealed new information on how Iran’s Mullahs are carefully building a nuclear weapon while seeking to remove sanctions on its programs.

MEK: Retired steel workers rally in the cities of Isfahan and Ahvaz

March 3 – #Iran
Retired steel workers rallied in the cities of Isfahan and Ahvaz, seeking answers to their long raised demands regarding their low and delayed pensions.#IranProtests pic.twitter.com/Rs4CgH7S0w 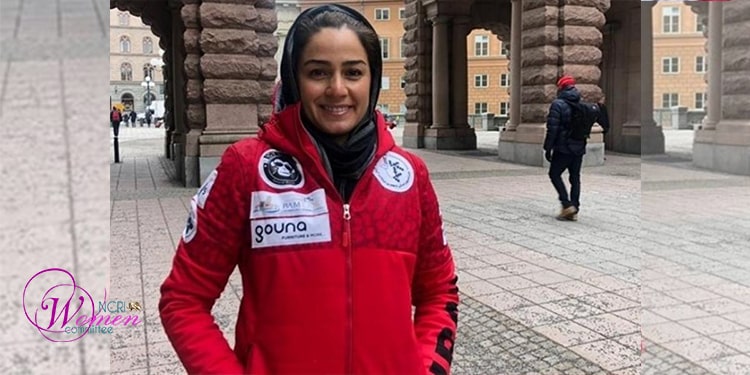 Iranian women face a male labor market that poses many legal and structural barriers to their employment. The regime’s policy is to marginalize women.

But even those women who have jobs are restricted by misogynous laws which put men first and allow the husband to prevent his wife from doing her job.

One recent example was the case of Samira Zargari, the head coach of the national Alpine skiing team, who was banned from leaving the country due to her husband’s objection. 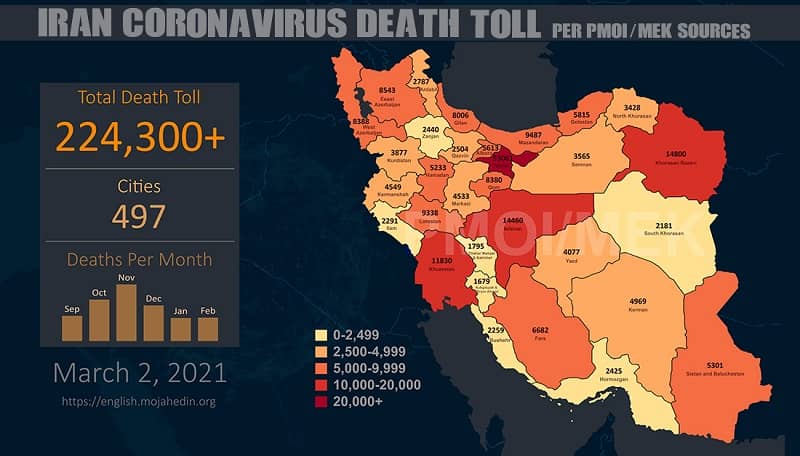 More than 224,300 people have died of the novel #coronavirus in 497 cities checkered across all of Iran's 31 provinces, according to the Iranian opposition PMOI/MEK.

Three protesters sentenced to 13 years of prison and 222 lashes

The 102nd Branch of the Behbahan Criminal Court confirmed the sentences of three protesters detained in the November 2019 protests in southwestern Iran.

According to the Human Rights News Agency, the three protesters were identified as Sattar Afshinpour, Bahman Amini and Mohammad Tayebi. The trial was held in their absence and the three men were sentenced to a total of 13 years of prison and 222 lashes.

Teachers protest outside the Parliament in Tehran – March 2 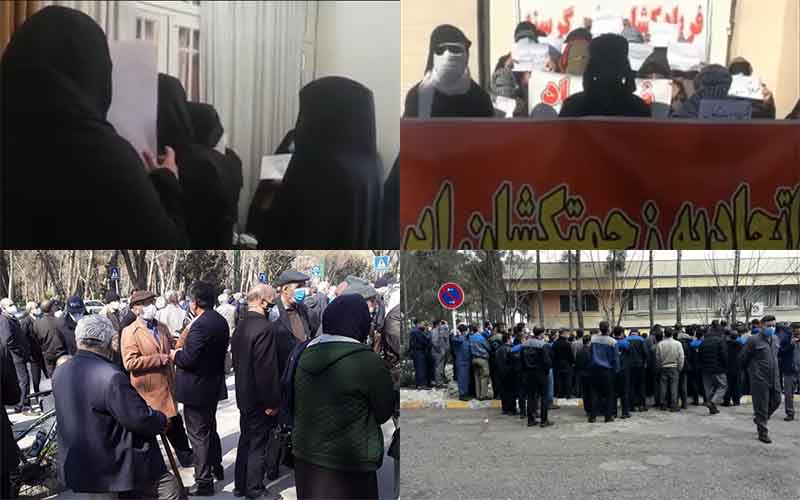 On Monday, March 1, the people of Iran held at least four rallies and protests in different cities over officials’ failure to meet their inherent demands. In Tabriz, female municipality staff staged a sit-in at the City Council Palace.

Furthermore, in the provinces of Khuzestan, Isfahan, and Markazi, retirees, farmers, workers, and vendors expressed their despair about the regime’s plundering and profiteering policies, calling on other citizens to support them.

Batoul Hosseini: I will continue to seek justice and answers about the killing of my son

Batoul Hosseini, mother of Gonabadi Dervish Behnam Mahjoubi says she will continue to seek justice & answers about the killing of her son until her last breath.
Behnam was tortured and mistreated in prison until his death in a Tehran hospital. https://t.co/Egn5uPmqEg pic.twitter.com/T6Brh6XreQ

Previous articleIran: Coronavirus Death Toll in 497 Cities Exceeds 224,300
Next articleAmb. Joseph: The Iranian regime openly violates the limits of the JCPOA to coerce the U.S. administration back into the agreement