Written by Hamideh Taati
5th May 2021

Young Iranians Flood onto The Streets on Wednesday

High school students in Iran strongly objected to the regime’s decision to take in-person exams despite a fourth wave and an ever-increasing Covid-19 death toll throughout the country. Reports indicate that Tehran, Isfahan, Ardabil, Birjand, Borujerd, Semnan, Ahvaz, Tabriz, Shiraz, Khorramabad, Zanjan, Share Kord, Fulad Shahr, Qazvin, Karaj, and Yazd were among the cities where the new generation showed the Iranian regime it can’t take anything for granted.

May 5 – Tehran, #Iran
A gathering by high school students in the capital in protest to in-person exams. #IranProtests pic.twitter.com/tuRYLWE50i

Iran –1,112 Families Of MEK Martyrs Urge The UN To Prevent The Destruction Of Their Loved Ones’ Graves

On Tuesday, May 4, 2021, in a letter to the United Nations Secretary-General, EU leaders, and the President and officials in the United States, 1,112 families of the martyrs of the People’s Mojahedin Organization of Iran (PMOI/MEK), urged them to take immediate action to prevent further destruction of their relatives’ graves by the religious fascism ruling Iran. For years, the clerical regime has been systematically and gradually destroying the graves of political executions in Tehran and other cities as part of an anti-human and criminal policy to eliminate the traces of its crimes against humanity.
Read more

When the Iranian people’s Call-for-Justice movement for the massacare of 1988 compels these criminals to go public with the dossier of this atrocious crime, which is the day when the rule of Velayat-e Faqih (absolute clerical rule) will end. #1988Massacre #Khavaran pic.twitter.com/VcE6Rz6tAp 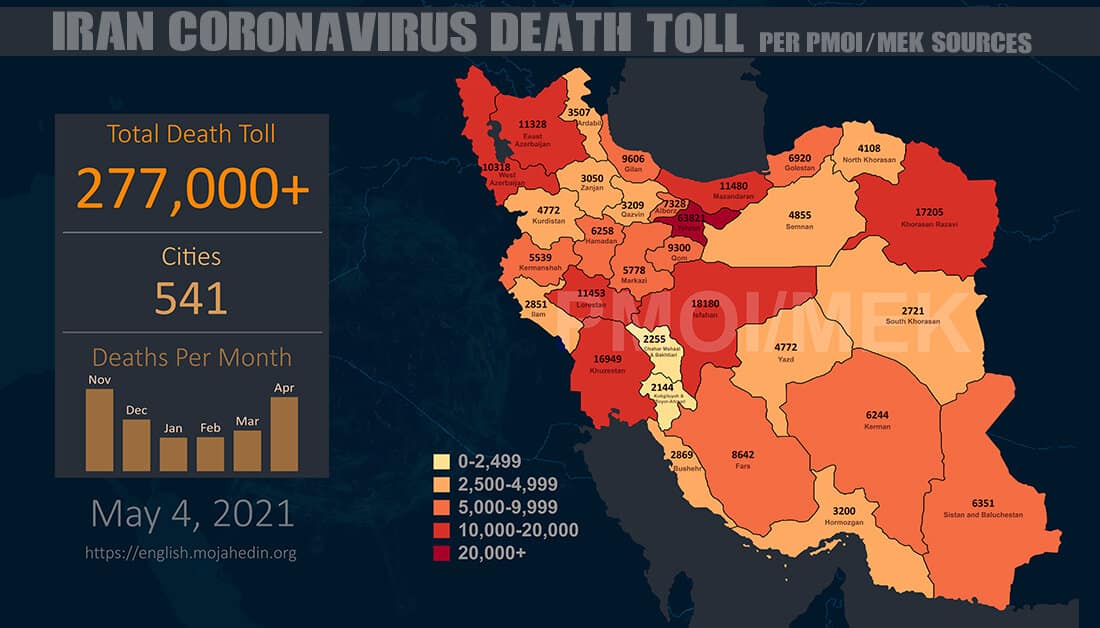 More than 277,000 people have died of the novel #coronavirus in 541 cities checkered across all of Iran's 31 provinces, according to the Iranian opposition PMOI/MEK.

Behind the Iran Headlines

Zarif has acted as both a terror collaborator & minister of foreign propaganda for #Iran's theocracy, the leaked audio tape shows. Since 2015 Iran nuclear deal, seven Iranian diplomats have been expelled from Europe & one sentenced to 20 yrs for terrorism.pic.twitter.com/QMJ9RWT39v 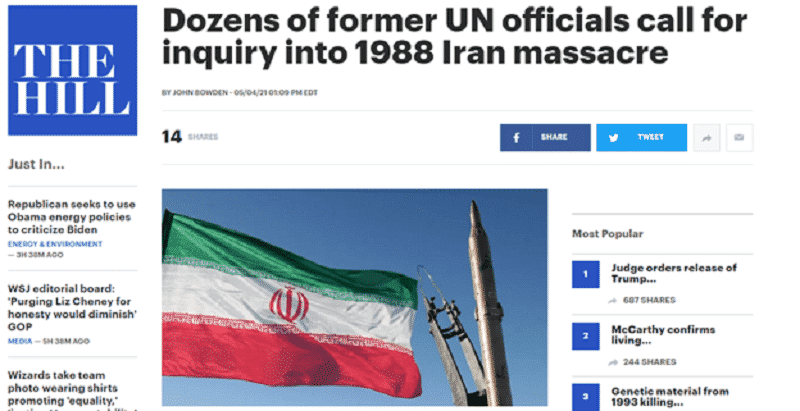 Dozens of human rights experts, including former United Nations officials, in a Tuesday letter called on the UN to open an inquiry into a series of killings of Iranian political dissidents by Iran’s government in 1988.

An open letter signed by more than 150 international legal and human rights experts, including former UN High Commissioner Mary Robinson and former deputy UN Secretary-General Mark Malloch-Brown, urges the “establishment of an international investigation” looking into the killings of followers of the People’s Mujahedin of Iran which occurred throughout 1988 on an order from Iran’s then-supreme leader.

Iran’s people have cast their vote in the upcoming elections 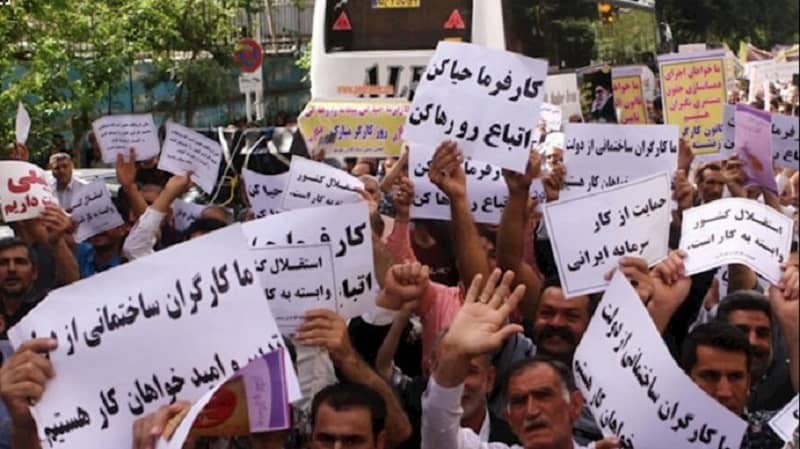 In a society whose main characteristic is the domination of a misogynist system and whose first-line victims are women and workers, the system’s legitimacy should be studied with the perspective and selection of these first two victims.

May 1 was one of the most important days for measuring the votes of Iranian workers. Surprisingly, despite the spread of the fourth wave of the Covid-19 in Iran, workers took to the streets in more than 20 cities and cast their early vote on the regime’s upcoming presidential elections, scheduled for June 18. Their message was clear in their slogans: “We will not vote, we’ve heard too many lies.”
Read more

Previous articleIran: Coronavirus Death Toll in 541 Cities Exceeds 277,000
Next articleIran –1,112 Families Of MEK Martyrs Urge The UN To Prevent The Destruction Of Their Loved Ones’ Graves