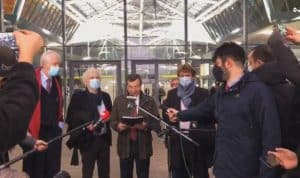 William Bourdon: This is a historical trial and when a diplomat is brought to justice for a terror crime

.@BourdonWilliam2 : This is a historical trial and when a diplomat is brought to justice for a terror crime, it is in fact the state responsibility. If the plot had occurred the tragedy would have been catastrophe, this is the level of violation.#ExpelIranDiplomatTerrorists pic.twitter.com/thHMUUO1UR

An Iranian diplomat refused to turn up for trial in Belgium on Friday, where he is accused of plotting to bomb an Iranian opposition rally outside Paris. Assadollah Assadi, 48, faces life in prison if convicted by the Antwerp court. Assadi is claiming “diplomatic immunity” his lawyer Dimitri de Beco told reporters outside the court, adding that he would be representing his client. This case is the first time that a European Union country has put an Iranian official on trial for terrorism.

Khamenei, Rouhani, Zarif and Alavi must face justice for four decades of terrorism. A necessary and deterrent measure against godfather of international terrorism.

The Supreme National Security Council, presided over by Hassan Rouhani made the decision to bomb the Iranian Resistance’s annual gathering at the Villepinte, and the regime’s Supreme Leader Ali Khamenei approved it.#ShutDownIranTerrorEmbassies#Iranhttps://t.co/wnmKigCX7s pic.twitter.com/Lo43txXdXO

Mohammad Mohaddessin, the chairman of the NCRI’s Foreign Affairs Committee:

The Iranian Resistance & our lawyers seek an opportunity to question Assadi in court to reveal the truth. Hearings for this diplomat-terrorist begin. Gratitude to the Belgian judiciary. This is a historic litmus test for the EU & its Member States

Even diplomats of countries at war have not shown such behavior. The answer to assassinations, hostage-takings, chantage, massacring prisoners & demonstrators is a firm policy, not appeasement.

The Belgium Court today, the news conference of Lawyers and member of the @iran_policy, prime target of the Iranian regime’s terrorist diplomat in Paris 2018

The Belgium Court today, the news conference of Lawyers and member of the @iran_policy, prime target of the Iranian regime's terrorist diplomat in Paris 2018 #ShutDownIranTerrorEmbassies pic.twitter.com/4kzLdfhsXK 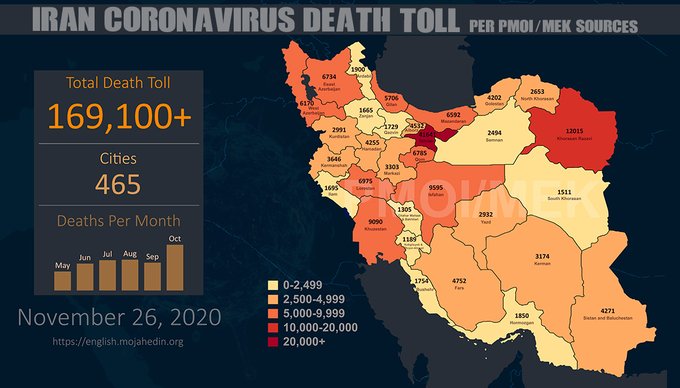 David Sassoli, President of the European Parliament: I ask the Iranian authorities to commute the death penalty of Swedish-Iranian doctor Ahmadreza Djalali

I ask the Iranian authorities to commute the death penalty of Swedish-Iranian doctor Ahmadreza Djalali.

The death penalty is never justified, it is an affront to human dignity and its abolition is a priority for the EU. 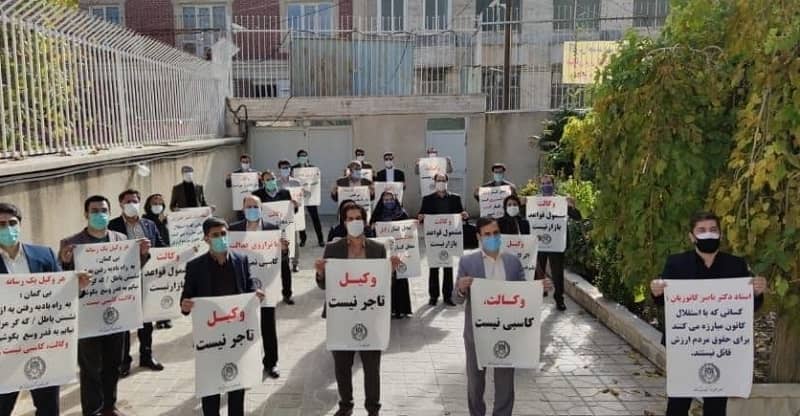 On Wednesday, November 25, attorneys held a rally, protesting the Parliament (Majlis) recent plan over considering the advocacy as a business. In their protest, in front of the Lawyers Union Office in the central square of Kermanshah city, western Iran, local attorneys demanded officials to suspend the plan.
Notably, according to the Majlis’ plan about article 44 of amending the executive law of general policies, Bar Association has been considered as a business. The issue prompted attorneys’ complaint in different provinces. They held or are holding protesting rallies to express their protests.

Petri Sarvamaa, MEP from Finland: My heart goes out to families of 1500 brave men and women who lost their lives in November 2019 uprising for free Iran

Petri Sarvamaa, MEP from Finland: My heart goes out to families of 1500 brave men &women who lost their lives in November2019 uprising for free Iran. 1yr after that bloody November2019 uprising, let’s remember them for their strength & resilience in their quest for freedom. pic.twitter.com/DjYB0u2Izt

Friday, November 27, 2020, marks the 371st day since the beginning of the nationwide Iran protests.

Previous articleIran: Coronavirus Fatalities in 465 Cities Exceeds 169,100
Next articleMaryam Rajavi Remarks on Terrorism Trial of Iran Diplomat Assadi and His Accomplices in Belgium