I urge the international community to condemn the SSF’s murder of the young man in #Mashhad. Doing business with and appeasing such a regime is truly disgraceful and violates all recognized democratic and humanitarian principles. #Iran

October 24 – Mashhad, northeast #Iran
A young man was tortured and killed by the police. His hands were chained to a pole and a police officer used a shocker and pepper spray on him several times. He died of suffocation in a police vehicle, according to a family member. pic.twitter.com/owHjaJp6g5 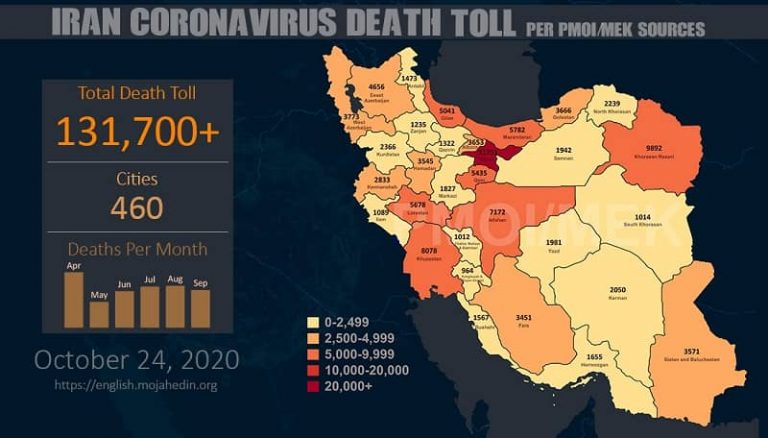 Secretariat of the National Council of Resistance of Iran (NCRI)
October 24, 2020

In memory of 1,500 who fell for freedom
We will never forget
Nor will we ever forgive #آبان_ادامه_دارد #Iran https://t.co/jMrU9fWmJV pic.twitter.com/cJx2zPzypL

Unable to deal with Iran’s growing poverty, economic crisis, and the COVID-19 epidemic that has ravaged the country, the regime’s Supreme Leader has opted to increase suppression to intimidate Iranians into silence and prevent protests. In their Friday sermons, Khamenei’s representatives lashed out against civil liberties, including “lack of hijab” and “dog walking”, once again signaling where the regime’s priorities lie.

Elham Samimi is a student of anthropology at Tehran University.

Somayyeh Kargar is a graduate student of philosophy from Tabriz University. She was arrested at home. She is a Kurdish civil activist.

Inhumane treatment of injured woman in Abadan led public outrage.
Video circulated in SM on October22 of woman in Abadan mistreated by Oil Company’s security forces. She was being held on ground w/ bloodied face while security agent put foot on her chest.https://t.co/LYEk3ghMqE pic.twitter.com/52XuH2VfaL

Sunday, October 25, 2020, marks the 338th day since the beginning of the nationwide Iran protests.

Previous articleIran: The Staggering Number of Coronavirus Fatalities in 460 Cities Exceeds 131,700
Next articlePhoto Exhibition in U.S. Capital: Remembering the Martyrs of Iran Protests