An employee of Tabriz’s District 9, was verbally and physically attacked by the Mayor

Oct. 28 – Tabriz, NW #Iran
An employee of Tabriz's District 9 who approached the Mayor to get his unpaid wages and that of his colleagues was verbally and physically attacked by the Mayor.
Mayor Bahram Nasiani broke his head with a sugar bowl.
He only wanted his unpaid wages. pic.twitter.com/FuWZhd2GFO

Comparison of food prices rising over past 8 years 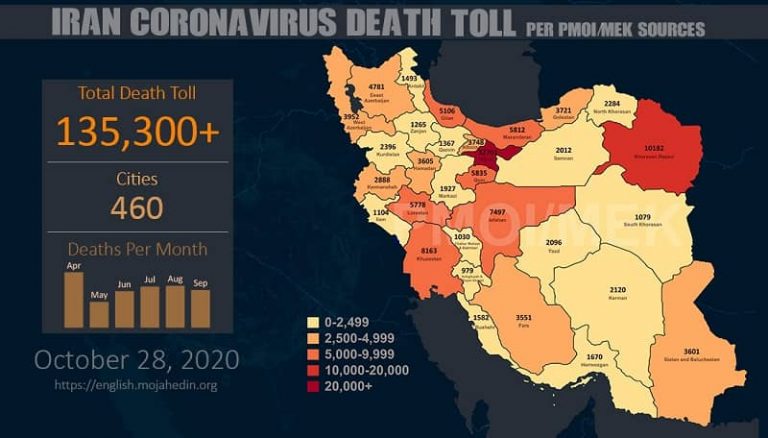 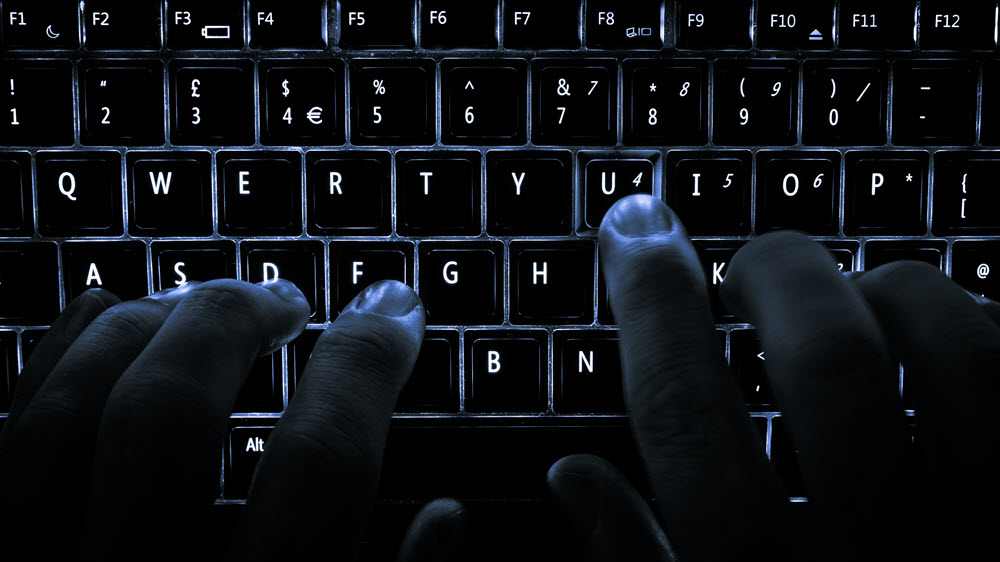 Iran: Murderers of 1,500 Protesters Continue to Benefit from Impunity 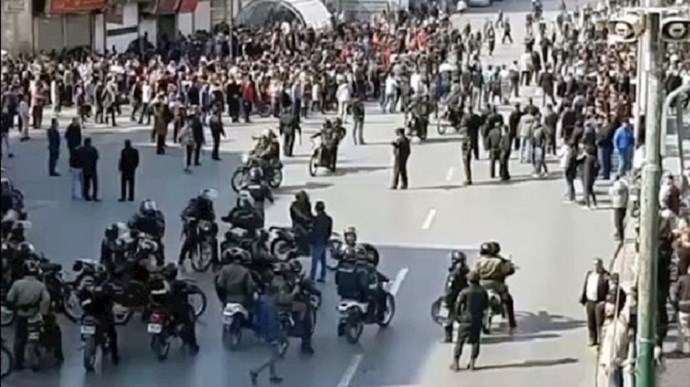 After a little less than a year, the Iranian government has yet to investigate the killing of at least 1,500 protesters during the nationwide November 2019 uprising. This is while State Security Forces (SSF) detained around 12,000 demonstrators and imprisoned them in unknown places. The fate of many detainees remains unclear.

Eshagh Jahangiri First Vice-President of the Iranian regime: The solution to lowering prices is to pray

Reporter: Is it correct that prices (of basic goods) are to be lowered?
Eshagh Jahangiri, First Vice-President of #Iran: Pray (that they do come down.)

An example of utter incompetence and lack of accountability. Note that 60M Iranians live in poverty. pic.twitter.com/eHzPozHwWi

Maryam Rajavi: The regime’s leaders must face justice as the greatest perpetrators of terrorism in the world

The regime’s leaders must face justice as the greatest perpetrators of terrorism in the world today as should their agents and mercenaries inside and outside #Iran. #ExpelIranDiplomatTerrorists #DisbandIRGC pic.twitter.com/TEVbnVk681

Some 300 female prisoners relocated to the Central Prison of Urmia

Some 300 female prisoners have been relocated to the Central Prison of Urmia from across West Azerbaijan Province.

Thursday, October 29, 2020, marks the 342nd day since the beginning of the nationwide Iran protests.

THE CONTENT OF THIS PAGE WILL BE UPDATED WITH THE LATEST NEWS UPDATE: 12:30 PM CET A Report by Belgian TV about Iran's regime plan to...
Read more
Iran News Now

The amplifying COVID-19 crisis in Iran has now turned into the regime’s worst nightmare. The mullahs’ regime, which sought to use coronavirus and its...
Read more
Iran News Now

Since its inception in 1981, the National Council of Resistance of Iran (NCRI) and its members have been the target of several deadly attacks...
Read more