Navid Afkari's phone call the night before his execution

Executed wrestling champion Navid Afkari said he was in “good spirits” in a phone call with a family member on the night before his execution.

Dr. Kazem Rajavi’s assassination to be investigated in the context of genocide, crime against humanity

Dr. #KazemRajavi's assassination to be investigated in the context of genocide, crime against humanity-This crime was part of the regime's plan that has continued with murder of 1,500 protesters in Nov 2019 & executions of #MostafaSalehi & #NavidAfkarihttps://t.co/avuJY6QN86 pic.twitter.com/UlciYkKGDR

On Saturday, following the execution of Iranian hero Navid Afkari, reports indicate that Mohammad Bara’e, a judge in the Iranian regime’s judicial system, visited a section of the Greater Tehran Penitentiary for the first time. In this inspection he warned three political prisoners by the names of Amir Hossein Moradi, Mohammad Rajabi and Saied Tamjidi to remain silent about their conditions. If they leak information about their conditions and refuse to remain silent, their death sentences will be carried out, the so-called judge threatened.

Iran Regime Hastily Buries Navid Afkari, but Will Not Be Able To Cover up Its Crimes 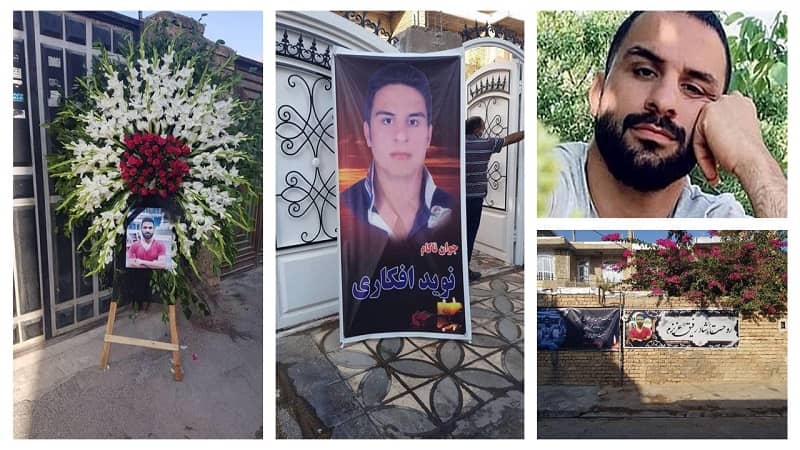 The Iranian regime hastily and secretly buried the body of Navid Afkari, a wrestling champion executed on Saturday. A week earlier the mullahs destroyed a mass grave for victims of the 1988 massacre in southwest Iran. Yet, these crimes will not be covered with secrecy.

"I'm addressing any person who believes in humanity and is honorable.
Your silence means you're supporting the oppressors and oppression.
It means supporting the execution of an innocent person."#StopExecutionsInIran pic.twitter.com/bcqnYoGXd4

Navid Afkari thanks supporters in last message before execution

Political prisoner Navid Afkari acknowledged the national and international support against his death sentence in his last known audio message from prison before his execution.

“I’m happy today because I’ve now learned the true aspirations of humanity from you, extraordinary people. Aspirations that are much greater and more valuable than international wrestling championships,” Navid Afkari was heard saying in the message.

#NavidAfkari was a young man with a promising future ahead of him. Carrying out his death sentence with such utter disregard for the basic principles of justice further demonstrates the cruelty of the death penalty. https://t.co/M4qErn19Op

Iran: Farmers, workers protest in the cities of Neyshabur and Tabriz

#Iran: Farmers, workers protest in the cities of Neyshabur and Tabriz#IranProtestshttps://t.co/bI9EHKgS8h

Widow and parents of Mostafa Salehi stripped of their house ownership

The execution of #IranProtesters is a bid to intimidate and discourage the people of #Iran from protesting against the regime. https://t.co/zOAqIV5qnj 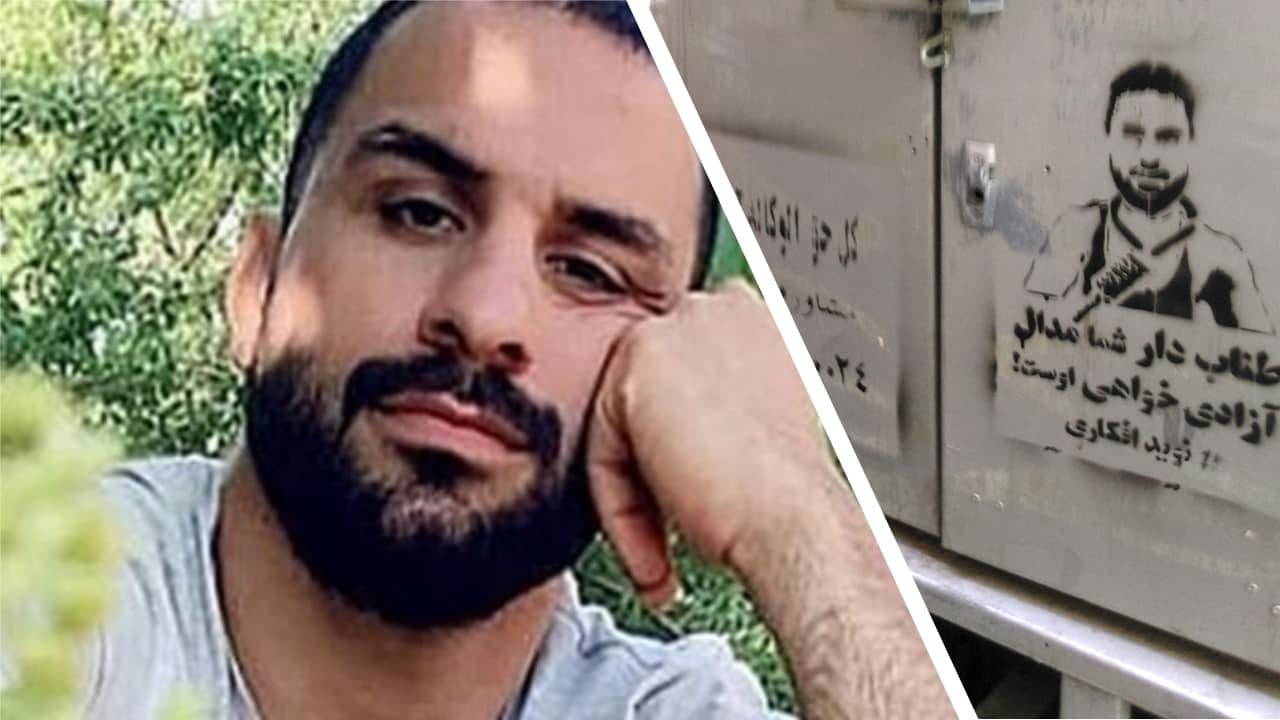 The Iranian regime executed Navid Afkari, a 27-year-old wrestling champion, on Saturday in defiance of pleas by the international community to halt this execution. What are the consequences and outcome for the regime? Does Navid’s execution indicate the regime’s strength? 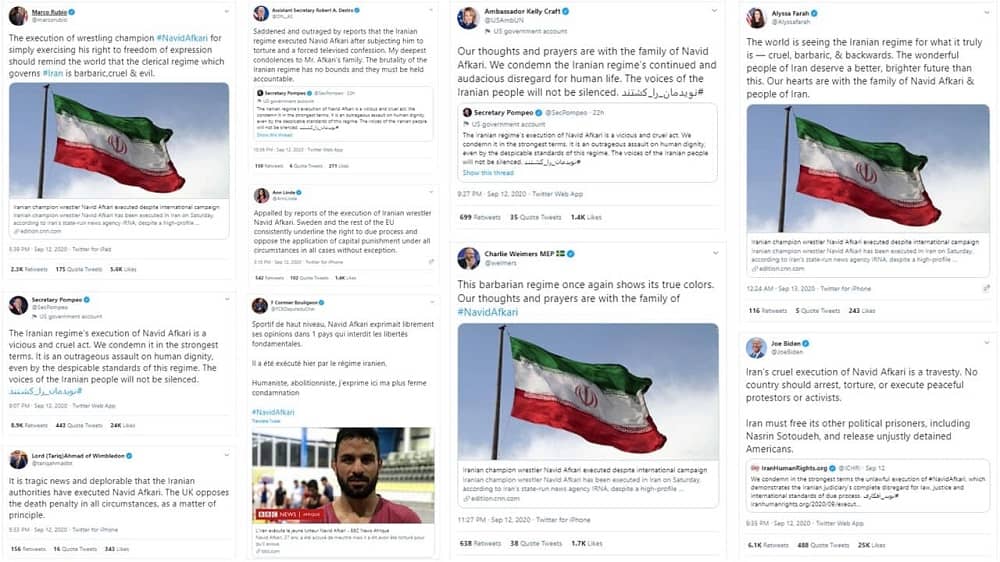 The Iranian regime executed Navid Afkari, a wrestling champion arrested during major Iran protests in 2018, despite global campaigns to halt his execution. Navid’s execution has been widely condemned by politicians with different political tendencies, human rights groups, and international sport organizations. Below are some of these global reactions to Navid’s execution. 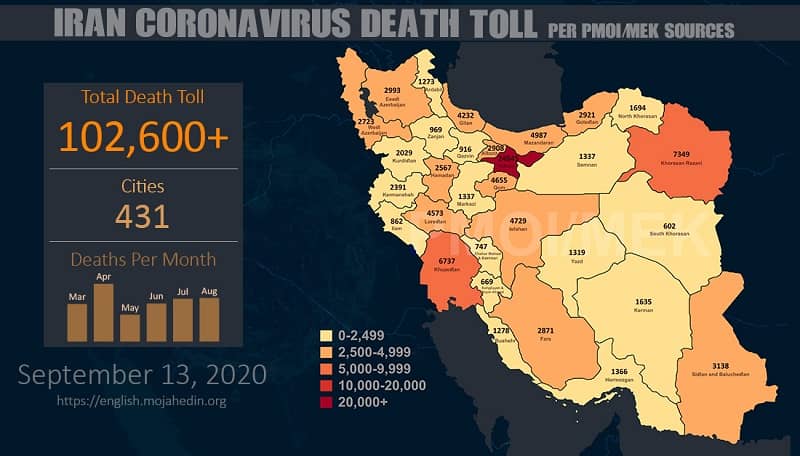 Monday, September 14, 2020, marks the 303th day since the beginning of the nationwide Iran protests.