Today, September 28, despite severe internet restrictions, coupled with state officials and media continuing to amplify their oppression crusade about arresting and punishing “the leaders and perpetrators of the riots”, the people in Iran took to the streets in various cities and called for regime change.

In Tehran, various protests have been reported in the districts of Sattarkhan, Sadeghiyeh, Narmak, Azadi, Khani Abad, Naziabad, Nezamabad and Keshavarz Boulevard. Throughout the city, people have gone on rooftops or opened their windows and chanted slogans against the dictator.

September 28 – Tehran, #Iran
Locals continuing the nationwide protests against the regime on the 13th night of the uprising.#IranProtests2022 #MahsaAmini#مهسا_امینی pic.twitter.com/yFldl98BW3

Reports from Mashhad indicate that the youth and women in this northeastern city started their demonstration on Jalal Al Ahmad Boulevard by blocking the street and calling on other people for support. Furthermore, the youth gathered in Mashhad’s Rahnamaee Street and shouted slogans against the regime.

Other reports from Mashhad indicate that some clashes have taken place in the city.

In Sanandaj, protesters clashed with security forces as they tried to disperse the crowd by shooting tear gas.

In Najaf Abad, Isfahan province, a large group of people gathered in the national park and started chanting for regime change. According to local sources, protesters torched the center of the clerical seminaries in this town.

September 28 – Najafabad, Isfahan Province, central #Iran
Activists are reporting clashes between protesters and regime security forces. A number of the demonstrators have been injured.#IranProtests2022 #MahsaAmini#مهسا_امینی pic.twitter.com/D6FEb8j5iY 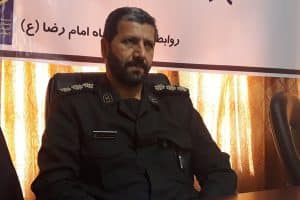 Colonel Esmail Taherkhani, IRGC commander in charge of suppressing Alborz province said: “When we can produce satellites, missiles, etc., then we also have the power to create the national intranet.”

According to the IRGC-run Fars news agency, Taherkhani added: “The internet must be managed and we have the power and can have a national web because this capacity exists in the country. Ever since the Supreme Leader said that the virtual space should be managed, officials, statesmen, and parliament have done little in this regard and were impacted by hoaxes originated by the enemy’s media.”

For many years, Iranian state officials have expressed concern about the internet influencing society and many have called on the regime’s communication experts to build a “national web” and to isolate the country from the international communication system. 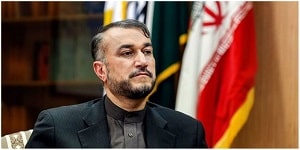 During an interview with NPR on September 27, the Iranian regime’s foreign minister Hossein Amir-Abdollahian blamed the uprising in Iran on channels that organize the protests from the outside and stressed his regime will not be overthrown.

The NPR reporter who has been to Iran several times and has interviewed hundreds of people inside the country told Amir-Abdollahian that many people are frustrated with the regime and asked if he thinks the protests are led by the people, to which the regime’s FM claimed: “There are protesters of course and they are expressing what they demand in a peaceful way. But now, most of these people in the streets are being led and guided by well-organized channels.”

In his interview, while trying to propose his regime is still stable, the regime’s foreign minister addressed Western governments and said: “There is not going to be regime change in Iran. Don’t play to the emotions of the Iranian people.”

According to the official IRNA news agency, Amir-Abdollahian also accused the US and Europe of supporting the MEK and claimed the organization “is sending its elements inside the country”.

Iran: Women Are Force for Change 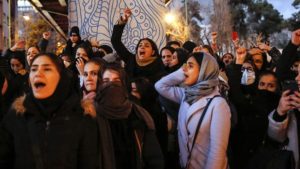 The misogynous mullahs are determined to destroy Iranian women’s rights and freedoms and trample their dignity. In this way, they want to solidify the pillars of their authoritarian rule. To the misogynistic mullahs, I must say that you are utterly wrong; you will never attain your wishes. You have used all possible forms of humiliation, oppression, repression, torture, and murder against Iranian women. But be sure you will receive the fatal blow from those you never count. Of course, your reactionary nature does not allow you to consider them. But be sure that your oppressive rule will be swept away by Iran’s conscious and free women.

Live Report: Protests in 154 Cities of Iran With Over 200 Killed by Security Forces 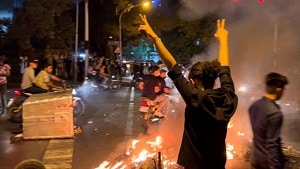 Protests continued across Iran on Tuesday, September 27, marking the 12th day of this uprising against the mullahs’ regime. To this day demonstrations and protests have been registered in more than 156 cities across all of Iran’s 31 provinces.

As a result of the regime’s massive crackdown measures and opening fire on demonstrators, sources associated with the Iranian opposition People’s Mojahedin Organization of Iran (PMOI/MEK) are reporting more than 240 protesters have been killed and at least 12,000 others have been arrested. The spokesperson for the UN High Commissioner for Human Rights, Ravina Shamdasani, delivered a statement in Geneva on the Iranian regime’s brutal clampdown on protests in Iran on September 27, 2022. The full text of this statement follows:

We are very concerned by the continued violent response by security forces to protests in Iran, as well as communications restrictions affecting landline and mobile usage, the Internet, and social media platforms. Thousands have joined anti-government demonstrations throughout the country over the past 11 days. Security forces have responded at times with live ammunition. On September 22, Mohsen Mansouri, the governor of Tehran, announced in his personal account that 1,800 people were arrested in just one night and only in Tehran. In addition to the arrest of citizens in the streets, the arrest of students has also been widespread.

Demonstrations of Iranian Resistance Supporters in Paris, Oslo, and Zurich in Support of the Iran Protests

MEK Supporters Rallies in Paris, Oslo, and Zurich in Support of the Iran Protests

Previous article
Iran Protests: MEK Supporters Echo the Voice of Their Countrymen and Women Globally
Next article
Iran: The Nationwide Uprising of the People in Tehran and Dozens of Cities Continued for the 12th Day