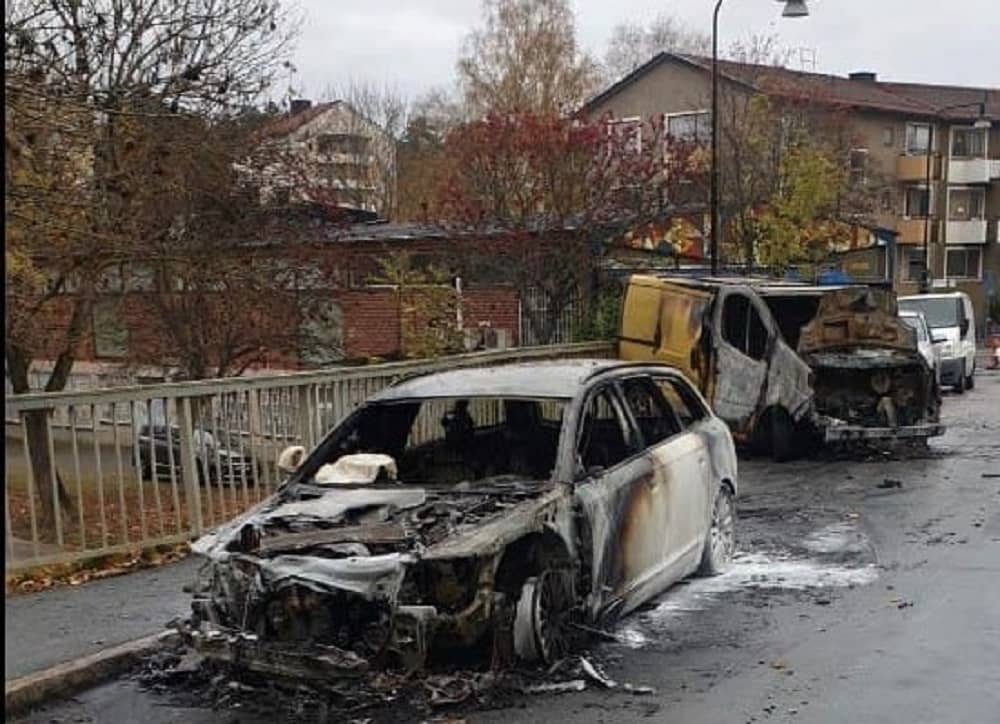 Today, a group of retired staff of Homa Airlines gathered in front of the Ministry of Roads and Urban Development in Tehran to protest their poor living conditions. The retirees demanded their wages that have been delayed. They accused the Homa Pension and Employee Fund of the delay. 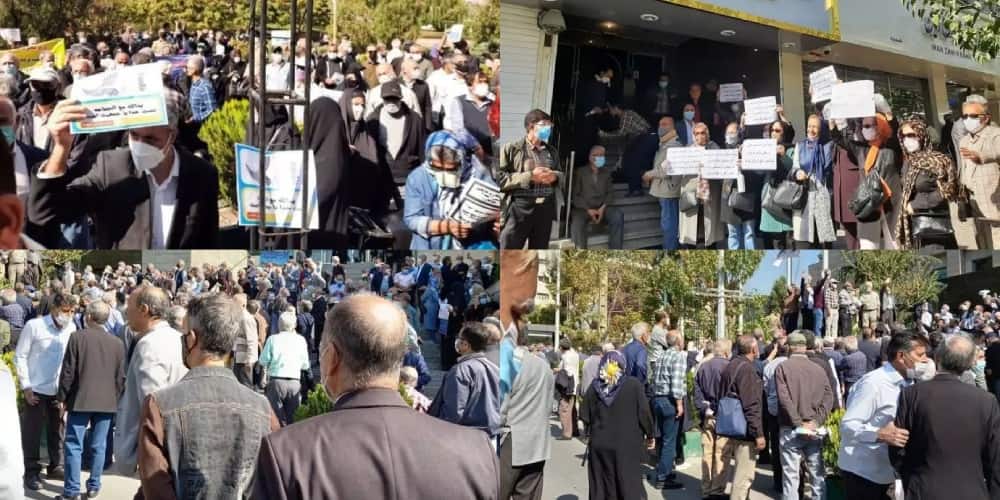 Also on Tuesday, a group of people with disabilities rallied in front of the Welfare Fund of Isfahan in protest of the living conditions, unemployment, inflation, the high cost of hearing aids, and the official’s refusal to implement the Disabilities Act.

Retired staff of Khomeini Hospital in Karaj held a rally in front of the hospital on Monday, to protest the officials’ failure to address their demands.

Khorramshahr Municipality worker Iyad Kiani, who had gone on strike due to the officials’ refusal to pay the workers’ salaries, was beaten by a member of the city council this afternoon. 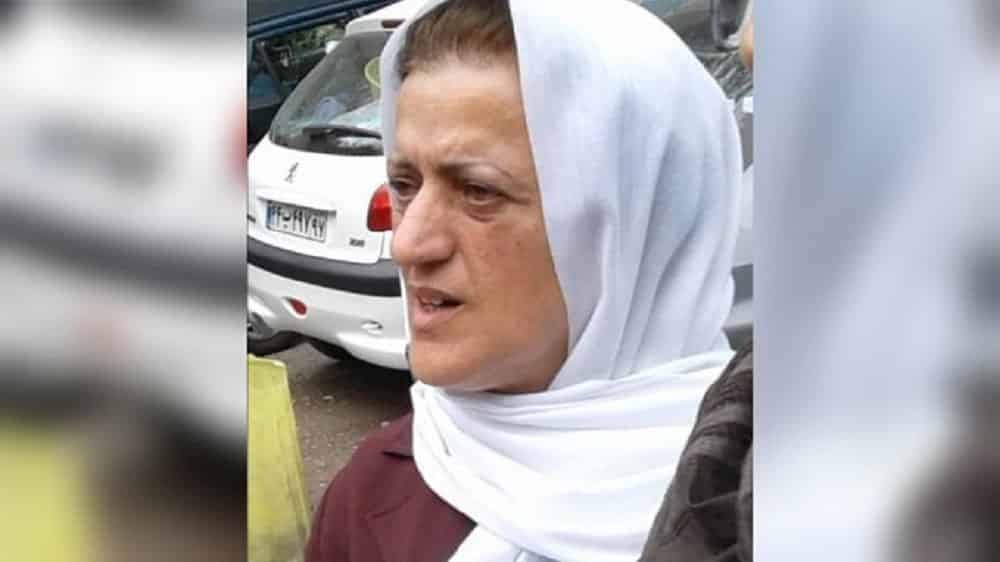 According to reports from inside Iran, Mahin Akbari, who along with a number of other supporters of the People’s Mojahedin Organization was arrested and sent to prison in Rasht in September, is currently under pressure from the Ministry of Intelligence to plead for clemency by the Supreme Leader.

Mahin Akbari, whose jail sentence ended on October 7, was supposed to be released. But she was deliberately kept in prison, and the head of the prison told her: “You must plead for clemency to be released, otherwise we will keep you in prison.”

However, Mahin Akbari rejected to plead and stated that she was innocent and should be set free. For this reason, on October 17, she was sentenced to one year of additional imprisonment. Protesting the unfair treatment, Ms. Akbari went on a hunger strike in Lakan prison in Rasht since October 18. The political prisoner also refused to visit her family and said she would continue her hunger strike until liberation. 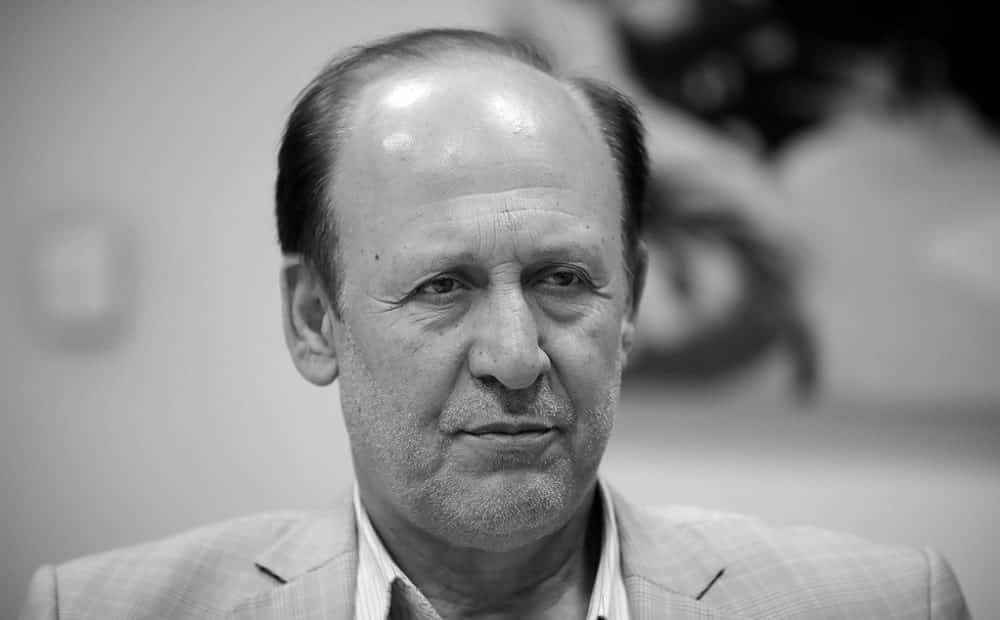 Jalal Sadatian, former MP and a state-affiliated expert in foreign policy, warned the regime’s leaders against “procrastination and time-wasting” in returning to the negotiating table, threatening that this will lead to an activation of the “JCPOA snapback mechanism” by international parties.

Sadatian told state-run Jamaran News: “With the delay, there is a risk that Europe and the United States will work together to activate the snapback mechanism. If this mechanism is activated against the JCPOA and Iran, there is no need for an opinion nor a vote from Russia and China, and the situation will become difficult for the country.”

According to a state-run website, Tehran’s earth subsidence rate in the southern plains of the capital has reached 25 cm per year.

Acknowledging this shocking figure, Hamed Najafi Alamdarloo, an expert in Agricultural Economics and Natural Resources told Rokna website: “The most important factor in earth subsidence in Tehran is the widespread draining of groundwater resources. Population growth and overcrowding the city’s suburbs have been among the factors exacerbating Tehran’s subsidence.”

The expert said that earth subsidence in Tehran could have devastating effects on the capital’s facilities and lead to the destruction of roads, the sudden collapse of buildings, and the breaking of light poles and pipelines. He also warned that such an incident could even lead to an explosion of the capital’s underground fuel supply facilities. 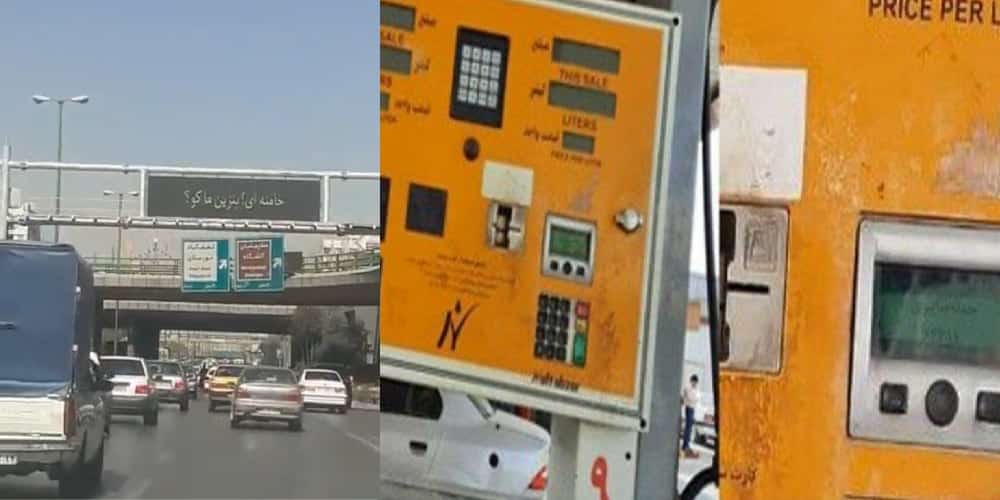 Today, the state-run ISNA news agency quoted Humayun Salehi, head of the regime’s Fuel Stations Association, as saying that Iranian gas stations have been the target of a cyber-attack. The news was shortly removed from ISNA’s website without explanation. State and social media outlets report that stations across the country are out of service because of what they refer to as a “disruption to the smart fuel distribution system”.

Meanwhile, at the anniversary of the November 2019 uprising, pictures posted on social media indicate that digital billboards in Tehran and Isfahan put the following sentence on display: “Where is our gas, Khamenei?”

State-run ISNA news agency dispatched the following report: “Photos from Isfahan show that digital billboards in the city have been hacked and the message of “Free gas in Jamaran gas stations” and “Khamenei, where’s our gas?” is running. The news was removed from the ISNA website in a matter of a few minutes.

The Quds-run Tasnim news agency wrote: “According to field surveys and public reports, technical glitches in the fuel distribution system and gas stations in most parts of the country have interrupted and disrupted the service.”

Ali Forouzandeh, a spokesman for the regime’s Oil Ministry acknowledged the “disruption” and said: “A technical problem with the fuel card system interrupted the fueling process, but now people can buy gas at gas stations with the usual rates like before.”

Forouzandeh also claimed that due to the disturbance, the National Distribution Company has disconnected the smart distribution system.

Interior Minister, Ahmad Vahidi announced: “The disruption of gas distribution services at some gas stations has been due to a technical and systemic problem which will be handled soon. There are no plans for an increase in gas prices.”

Calls For Justice in Iran Continues to Echo in Stockholm, Sweden

This morning, the trial of Hamid Nouri, one of the Iranian regime’s officials during the massacre of political prisoners in 1988 resumed with its 33rd session. The Swedish court today was dedicated to the testimony of Reza Fallahi, a witness to the massacre and one of the plaintiffs in the case. The plaintiff’s lawyer first provided the court with a brief description of Mr. Fallahi’s years in prison, especially during the massacre. Iranian’s and supporters of the People’s Mojahedin of Iran Organization rallied in front of the court and called for the regime’s officials to be held to account for their crimes against humanity.

Iran Behind Drone Attack on U.S. Base in Syria, Officials Say 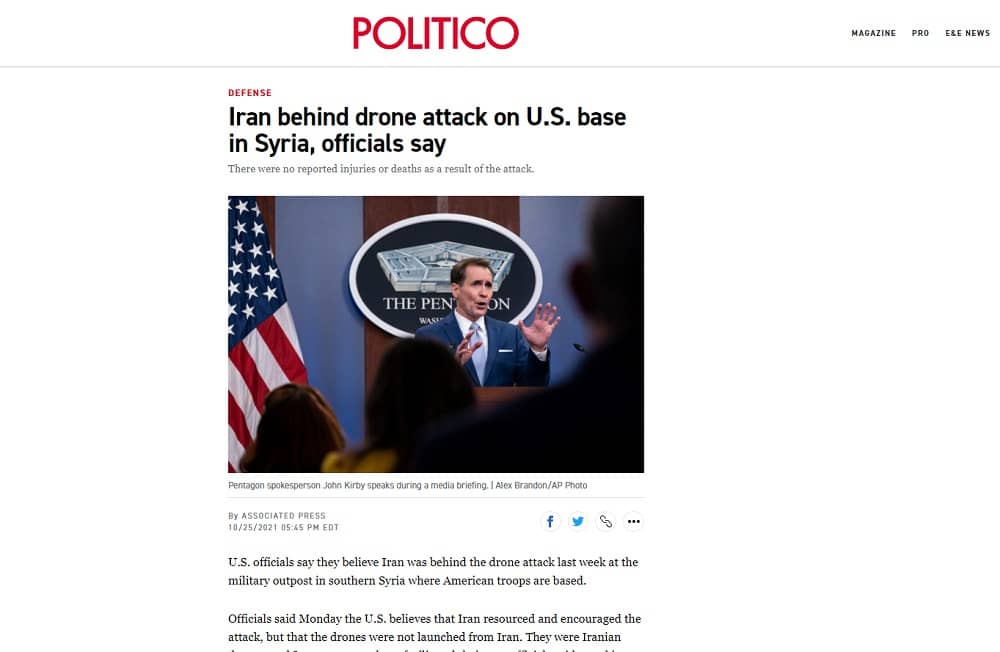 U.S. officials say they believe Iran was behind the drone attack last week at the military outpost in southern Syria where American troops are based. Officials said Monday the U.S. believes that Iran resourced and encouraged the attack, but that the drones were not launched from Iran. They were Iranian drones, and Iran appears to have facilitated their use, officials said, speaking on condition of anonymity to discuss details that have not been made public.

In the early hours of Monday, October 25, 2021, a van belonging to supporters of the People’s Mojahedin of Iran Organization (PMIO/MEK) was set on fire in front of Mr. Hossein Abdi’s house in Stockholm’s Vällingby district. For the past three months, simultaneous with the trial of the henchman, Hamid Noury, in a court in Stockholm, the van was used to transport supplies and food for the Iranians who have been rallying outside the court.
Read more 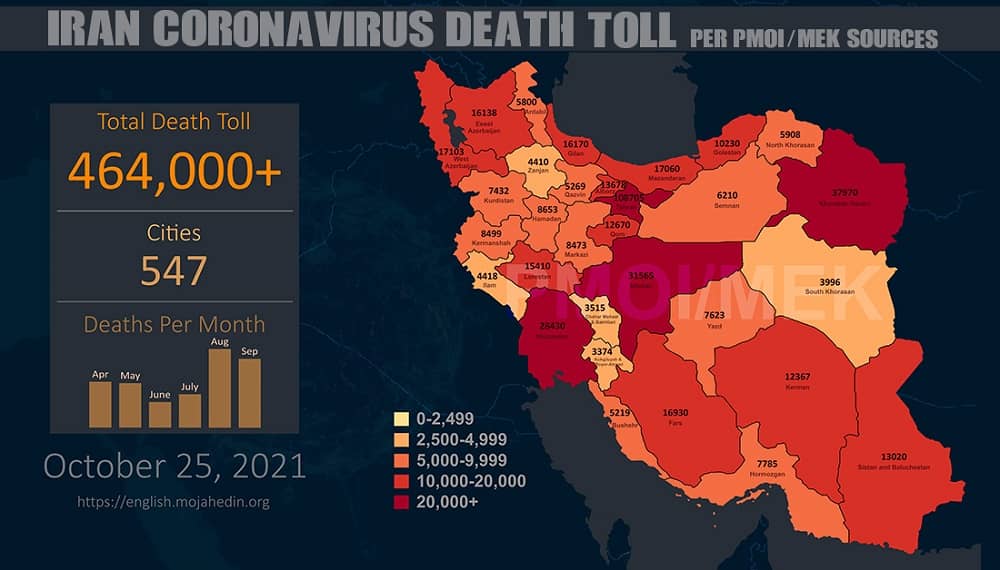 More than 464,000 people have died of the novel #coronavirus in 547 cities checkered across all of Iran's 31 provinces, according to the Iranian opposition PMOI/MEK. 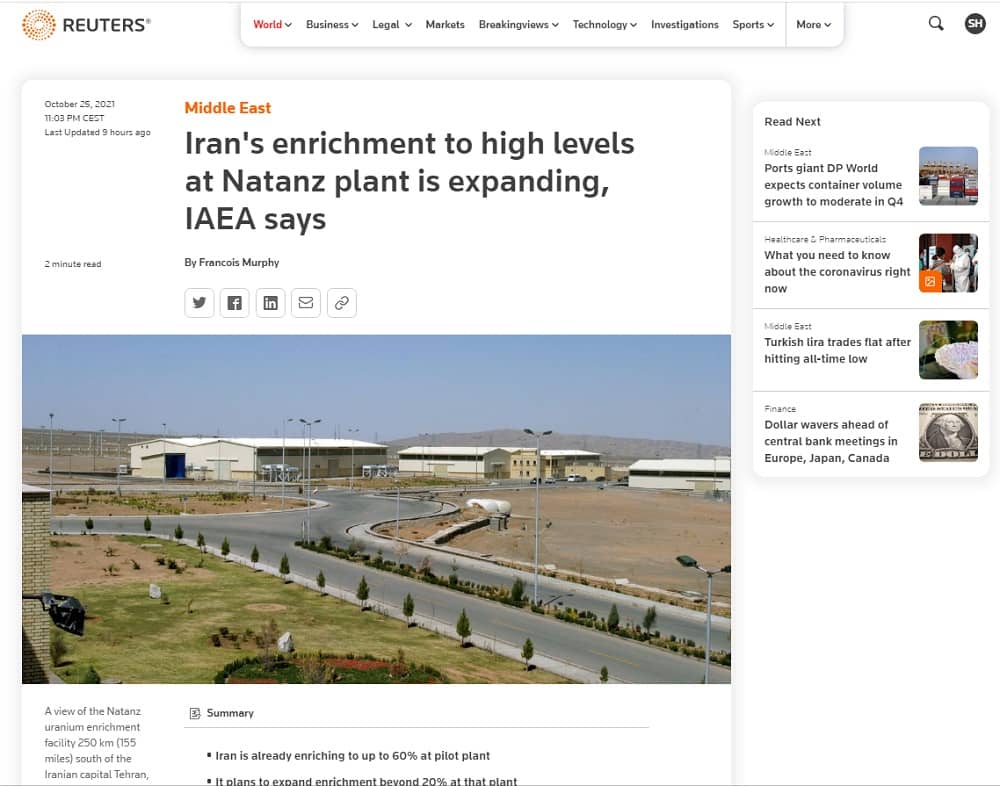 Reuters – Iran is expanding its enrichment of uranium beyond the highly enriched threshold of 20% purity at a Natanz plant where it is already enriching to 60%, but the new activity does not involve keeping the product, the U.N nuclear watchdog said on Monday.

The move is likely to help Iran refine its knowledge of the enrichment process – something Western powers generally condemn because it is irreversible – but since this time the product is not being collected, it will not immediately accelerate Iran’s production of uranium enriched to close to weapons-grade. 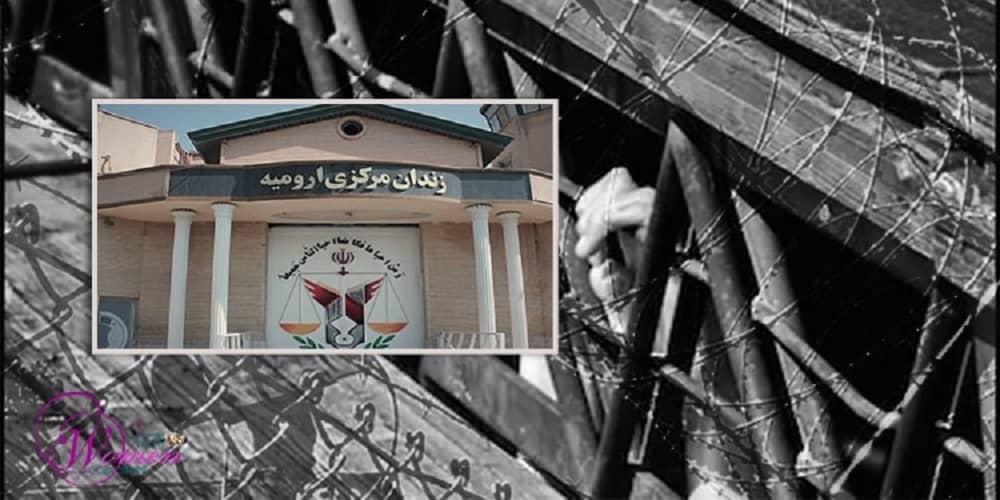 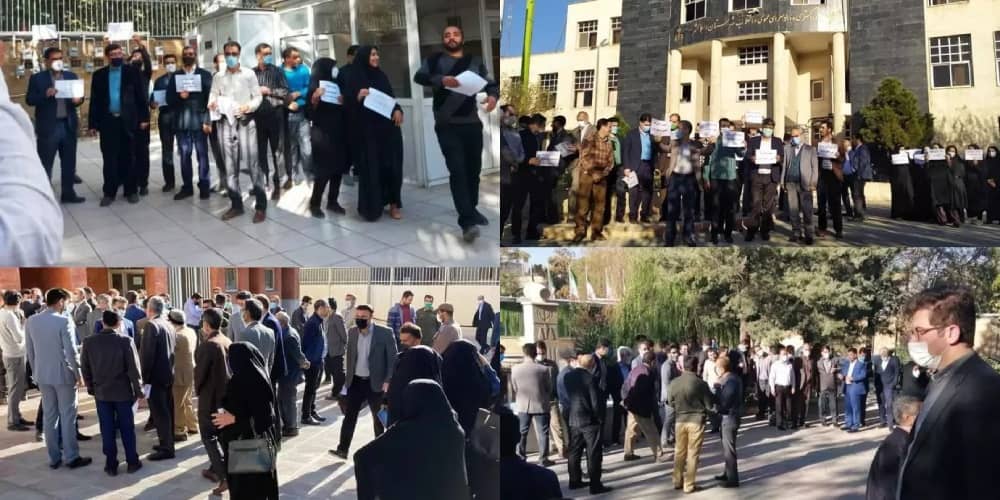 Iran is the only country in the world that has had double-digit inflation rates for more than four decades, economic experts believe, leading to the rapid spread of poverty and the destruction of economic and social structures. As popular protests spread across the country, regime officials are going the distance to claim that there seems to be a prospect of resolving the people’s livelihood crisis. However, despite the people’s distrust, authorities are doing nothing but convening various meetings and talking about generalities. 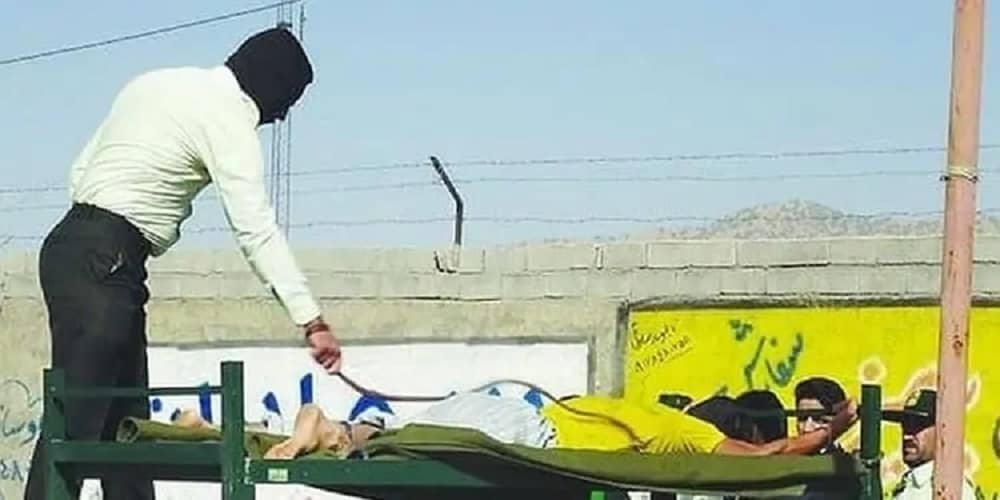 The Tehran Criminal Court sentenced a father of three to prison and 40 lashes yesterday. According to the Human Rights News Agency, he was accused of stealing three bags of cashew nuts and was sentenced to prison and lashes. The lawsuit was published by a faculty member of the University of Tehran saying he is the father of three small children. Flogging in Iran is regularly handed out for petty crimes such as theft, as well as to dissidents and for 100 other “offenses”. 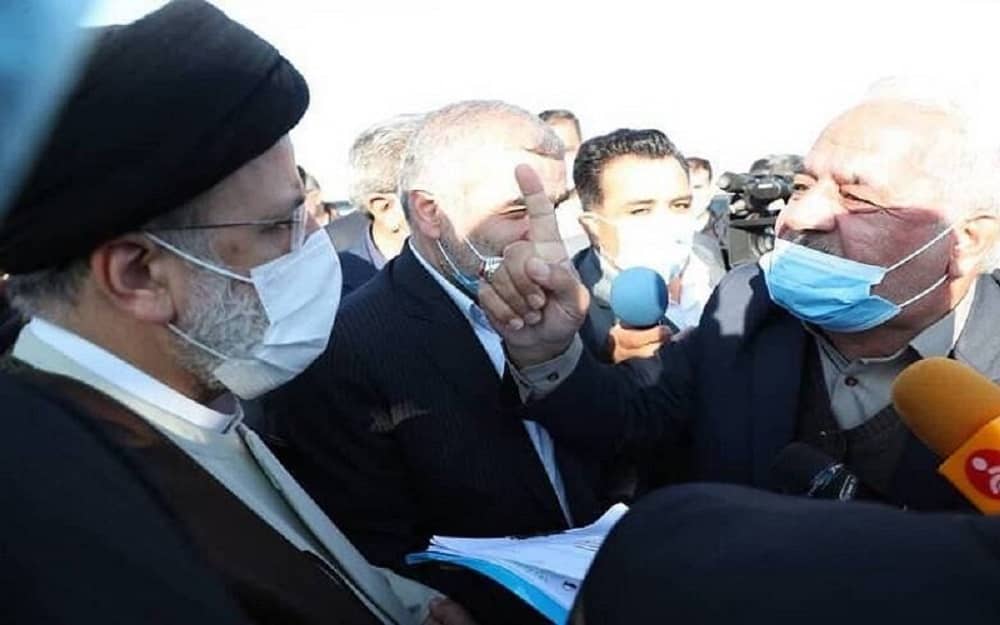 Some 33 trillion Tomans is a promise that the Iranian regime’s new president Ebrahim Raisi made to the four provinces during his provincial trips so that they can complete the semi-finished projects or pay for their new projects. Designs that have been odd both in their numbers and the budget assigned. Since August 4, when Ebrahim Raisi started his presidency, the keyword of provincial travel has flourished again. The same thing that the Iranian people remember from the time of Mahmoud Ahmadinejad’s presidency when their populistic truth was soon revealed to all people.

Previous articleIran: COVID-19 Fatalities Surpass 464,000
Next articleThe Rise of a Mass Murderer to Iran Presidency a Sign of Weakness, Desperation, Not Strength