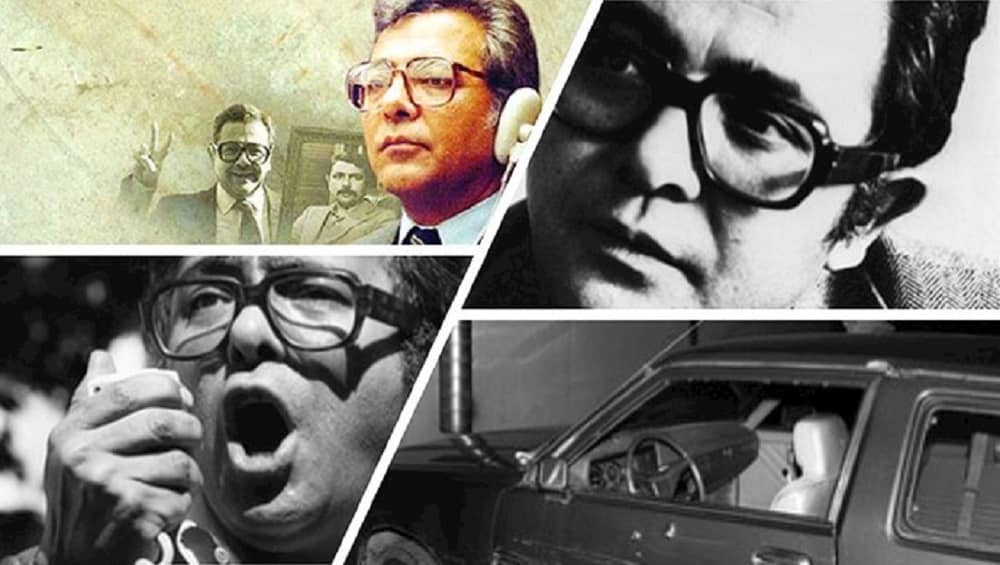 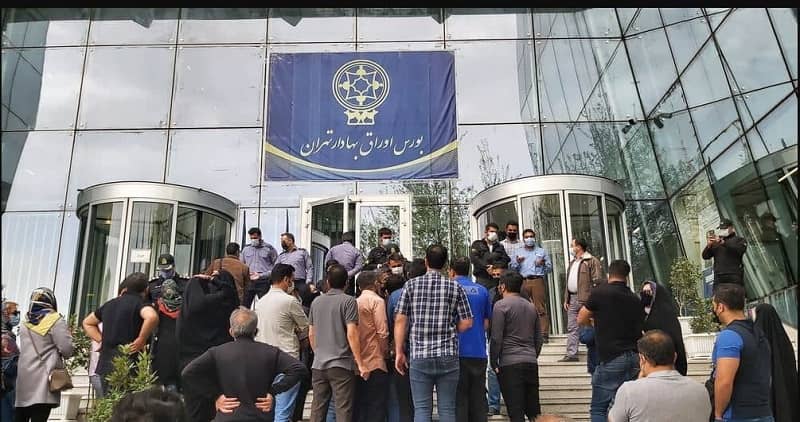 Following the news that a mining farm was discovered in the Tehran Stock Exchange building, Ali Sahraei, its CEO was dismissed.

According to official state news agency IRNA, Ali Sahraei explained his dismissal by saying: “In order to create an opportunity for further research on the issue of cryptocurrency mining in the Tehran Stock Exchange and in order to consolidate the capital market, I submitted my resignation to the board of directors of the Tehran Stock Exchange and the board approved my resignation.” 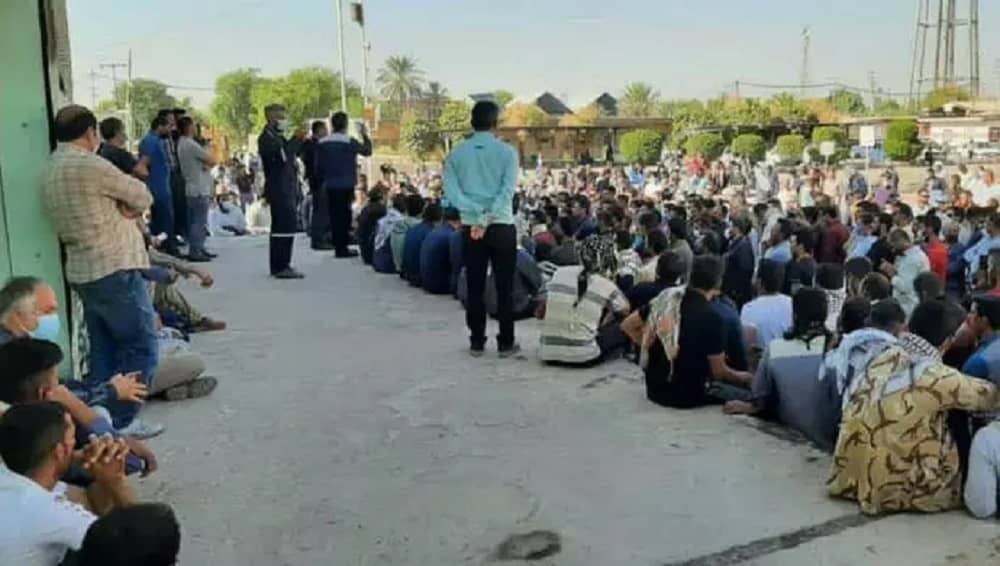 On Wednesday, September 29, workers of Hafttappeh Company went on strike and rallied in front of the management’s office. The workers want their due wages paid, their fired colleagues returned to work, the contracts of seasonal workers and those in the pest control section extended, as well as the cultivation operations and factory repairs executed.

Drivers on Saveh Road protested in front of Robat Karim Governor’s Office for the second day in a row in protest the lack of LPG gas.

Scammed investors of the Caspian Institute gathered in front of the liquidation building in Saadatabad on Wednesday, to protest the official’s refusal to address their complaints. More than 22,000 billion tomans (equal to $785,700 USD) of these depositors have been lost and the court has failed to conduct hearings and issue verdicts in the past five years.

AP- A German-Iranian professor at a Norwegian technical university was charged Wednesday with violating sanctions on Iran by inviting four guest researchers from the Islamic Republic and giving them access to a laboratory. A Norwegian prosecutor said the visiting researchers had access to knowledge that could be useful to Iran’s nuclear program.

Another Fiasco At the Tehran Stock Exchange 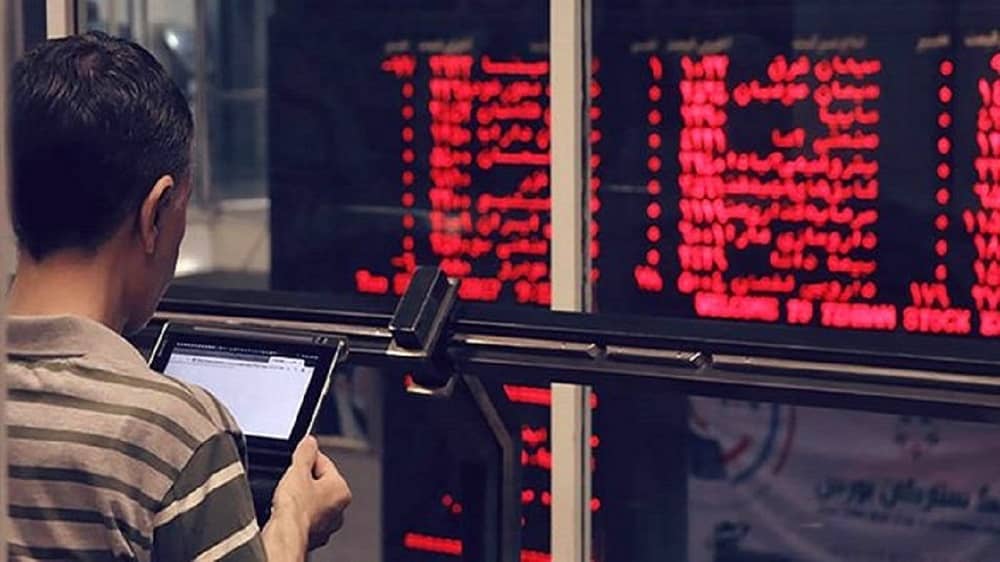 According to the official news agency, IRNA, a Bitcoin mining farm was found in the basement of the central building of the Iranian regime’s stock exchange.

Mohammad Khodadadi Bohloli, the power supply manager of Tavanir— the parent company of the Iran Power Generation, Transmission and Distribution Management— denied it and called it a false allegation. However, on Monday evening, the public relations department of the Iran Stock Exchange Organization confirmed the findings and announced in a statement: “During the supervisory proceedings of the Stock Exchange and Securities Organization, a number of miners were discovered in the company’s building.”

While most of Iran’s provinces are suffering from power outages, the government keeps blaming this on Bitcoin miners. Whilst the IRGC uses large mining farms to extract Bitcoin and circumvent international sanctions, the regime has only arrested regular citizens with very limited mining capacity.

The stock market is also one of the most important tools for the regime to plunder the wealth of the Iranian people, and according to the regime’s experts, it has stolen more than 600,000 billion tomans (equal to $21,428,500 USD) from people’s money in 2020.

Exclusive U.S. Has Reached Out to China About Cutting Oil Imports From Iran, Officials Say 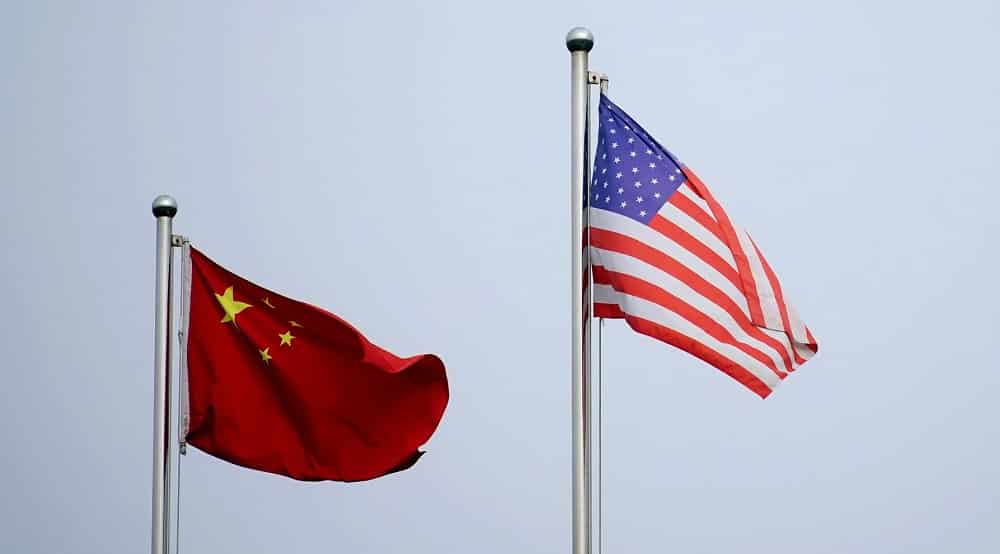 Reuters- The United States has reached out to China diplomatically about reducing its purchases of Iranian crude oil, U.S. and European officials said on Tuesday, as Washington seeks to persuade Tehran to resume talks about reviving the 2015 nuclear deal.

Twenty Percent of Iranian Supermarkets Closed due to Poverty 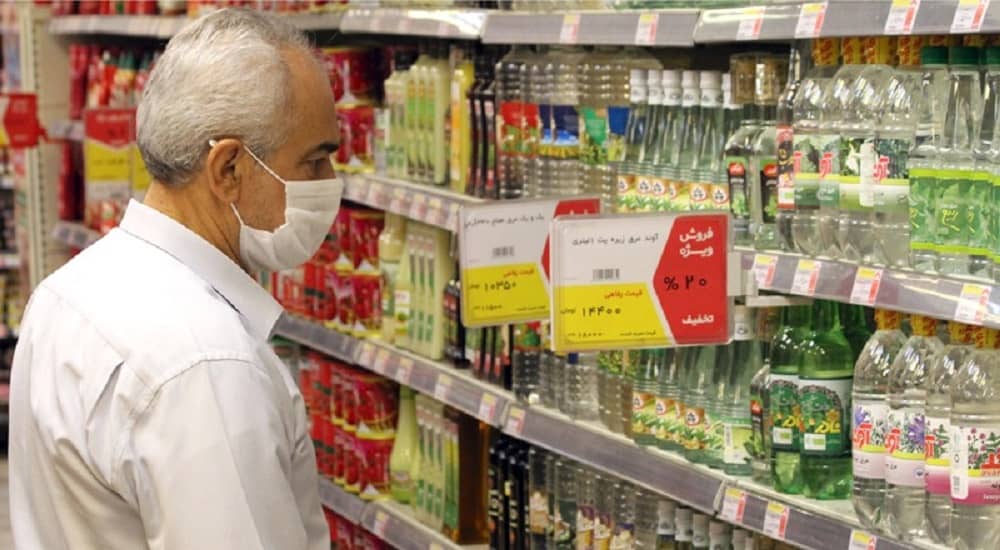 Acknowledging increasing poverty in Iran’s society, the state-run Mardomsalary newspaper wrote today: “When hearing the news that ‘20% of Tehran supermarkets are closing’ or ‘there’s an increase in malnutrition among Iranians’, and when you see rising prices of basic food such as rice and beans, then you don’t need any statistics to guess what is going on in Iranian families and how much their tables have shrunk.”

Abbasgholi Salehi, 42, married, who was transferred to solitary confinement in Isfahan prison on Tuesday, was hanged at dawn today. Mr. Salehi had been kept in custody for 20 years before being executed.

On Tuesday night, a large number of people and youth of Isfahan rallied in front of the Isfahan Prison until morning, trying to save the life of Abbasgholi and to protest against the criminal death sentence in Iran. The prisoner’s mother was also present at the scene, protesting her son’s fate and urging young people to come out to her support. 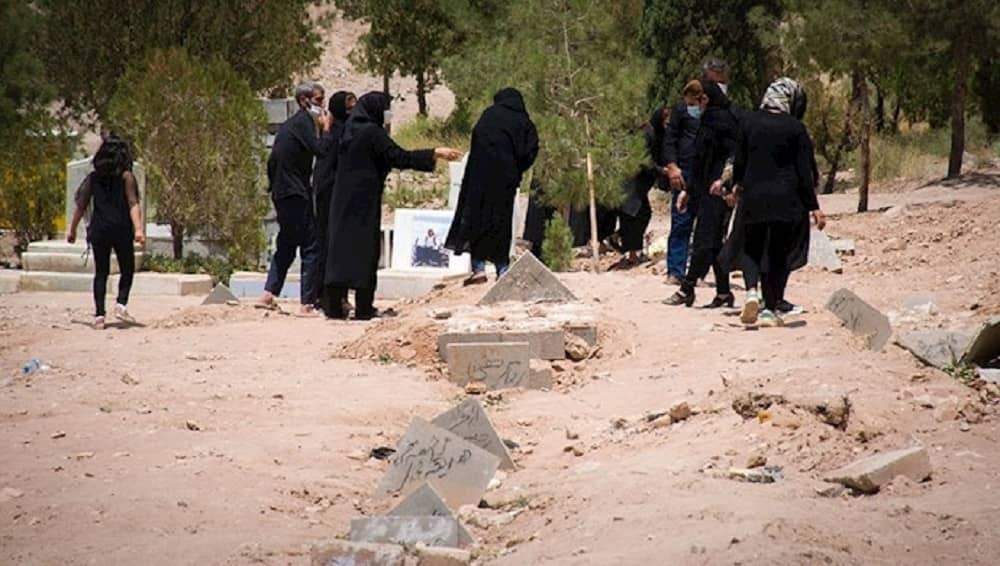 The state-run ShafaNews wrote: “The Coronavirus deaths are so high that Iran is losing its population. Since the virus entered the country in 2020, the disease has not been controlled, because it was been handled by government officials, rather than independents or non-governmental organizations.”

According to state-run ISNA news agency, the vice president of Iran’s Pharmacists Association said: “The distribution of the vaccine against influenza is very limited and there are only 4 vaccines given to each pharmacy on a daily basis.”

State-run newspaper Jomhuri-e-Eslami wrote: “The health minister claimed that 53 million people have been vaccinated so far, while according to the Ministry of Health’s data, only 15 million and 824 thousand people have received two doses of vaccine.”

The state-run Jahan-e-Sanat newspaper also wrote that the Iranian people are demanding transparency from the government as to why the vaccine was not imported. We should not ignore the waste of so many lives of people who seem to have fallen victim to politics, the daily told. 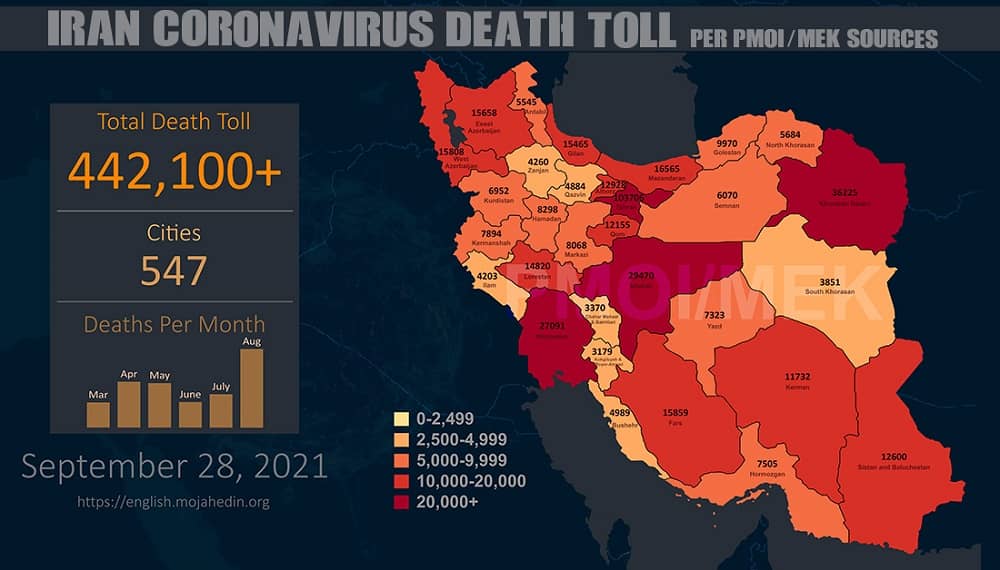 More than 442,100 people have died of the novel #coronavirus in 547 cities checkered across all of Iran's 31 provinces, according to the Iranian opposition PMOI/MEK.

Assassination of Kazem Rajavi To Be Investigated in Context of “Genocide,” Swiss Court Rules 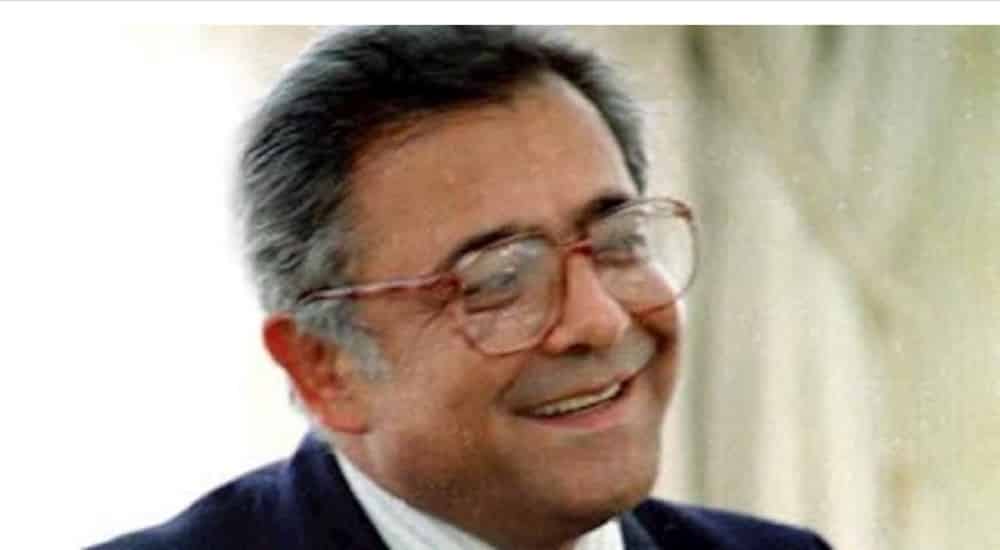 The assassination of Dr. Kazem Rajavi, carried out by Iranian regime operatives in 1990, will be investigated not as a murder case but as “genocide” and “crime against humanity,” the Swiss Federal Criminal Court declared in a September 23 verdict. The federal criminal court ordered the federal prosecutor’s office to open an investigation into the crime. Dr. Rajavi, the older brother of the Iranian Resistance Leader Massoud Rajavi, was a renowned jurist and Iran’s first ambassador to the United Nations in Geneva after the 1979 revolution. He was the representative of the National Council of Resistance of Iran (NCRI) in Switzerland a respected human rights defender. Dr. Rajavi was assassinated by the Iranian regime’s terrorists on April 24, 1990, near his home in Geneva.

According to the Baloch Campaign website, security forces who had come to the village to Samad Rigi, a social activist in Iranshahr went door to door to arrest Samad without an arrest warrant and were met with resistance by locals.

Sep. 27 – Iranshahr, SE #Iran
Security forces who were going door to door to arrest a Baluch activist in Tomp Rigan opened fire on locals who were protesting the arrest. Reports say 3 people including a woman and child were shot. #IranProtests pic.twitter.com/xC2rFpwaz2 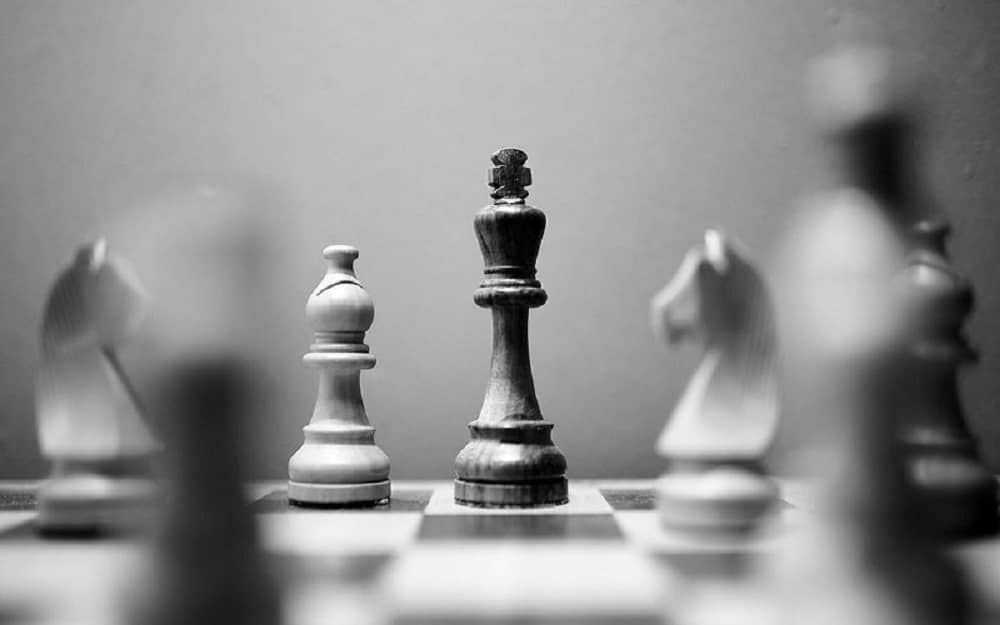 On Friday, September 24, 2021, Iran’s foreign minister Hossein Amir Abollahian said that the stalled talks with world powers on the regime’s nuclear accord would resume ‘very soon’, and the US while showing its frustration about an unclear expression said that it is not sure what timeframe Tehran had in mind and that the negotiation window would be not kept open forever. A regime official interpreted the regime’s promise of ‘very soon’ as ‘it can mean a few days; it can mean a few weeks.’ US State Department spokesman Ned Price about the regime’s ‘very soon’ said: ‘But we have up until this point not received clarity on what precisely that means.’ 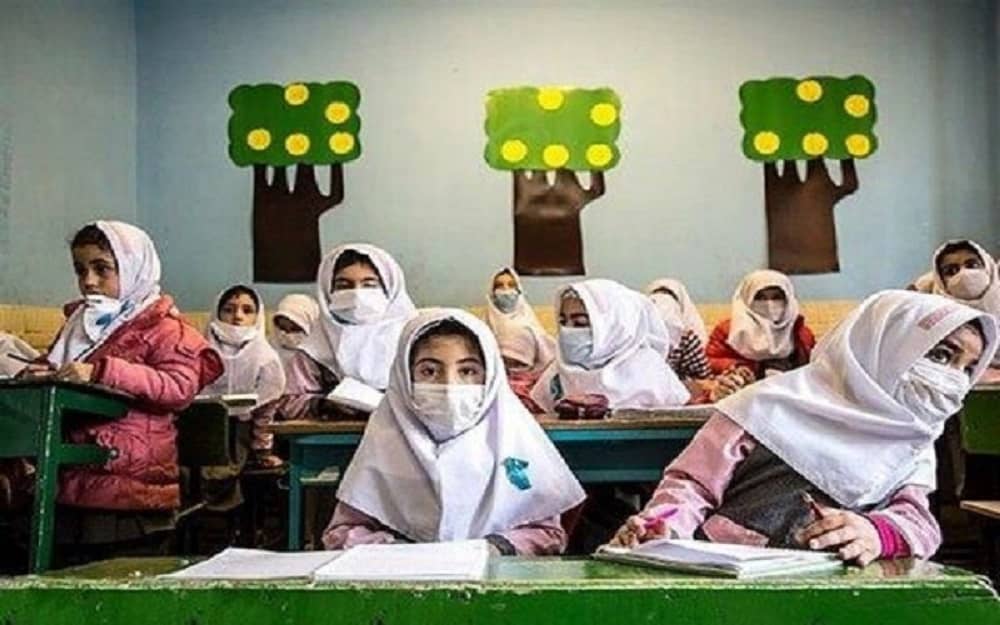 The new school year has begun in Iran on September 23, and the whole depth of the social crises in Iran has been shown. Hundreds of demonstrations took place across Iran just before the start of the 2021 academic year, with teachers and academics protesting about their poor living conditions. Protests were held in Tehran, and many other cities, outside the education ministry and government offices.