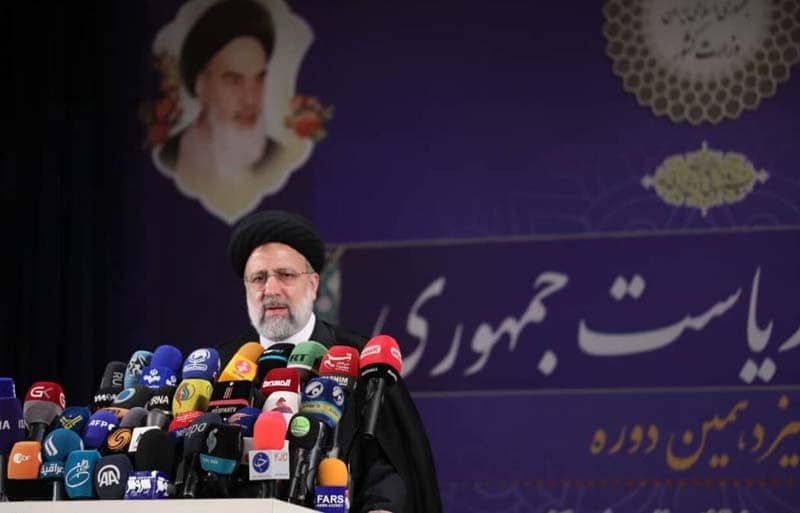 Ebrahim Raisi, stepped into Iran’s political scene after the 1979 revolution against the monarchy as a pro-Khomeini cleric who would carry out his mentor’s every command. Raisi was born in 1960. He started training as a cleric in Qom’s seminary at 15 years-old and entered the clerical regime’s judiciary from early on, as an assistant prosecutor in Karaj (West of Tehran) when he was 19 years old. He became the prosecutor of the revolutionary court of Karaj when he was just 20 to rise to the head of the Judiciary in 2019.

Responsible for 1988 Massacre of Political Prisoners

In 1988, as Deputy Prosecutor of Tehran, he was one of the four individuals who Khomeini appointed to carry out his infamous fatwa to massacre imprisoned activists of the People’s Mojahedin Organization of Iran (PMOI/MEK). During that massacre, 30,000 political prisoners, primarily affiliated with the MEK, were summarily executed within a few months. An audiotape surfaced summer 2016, after 28 years, of Hossein-Ali Montazeri, Khomeini’s designated successor at the time, speaking with the “death committee” in Tehran, including with Raisi, about 20 days after the start of the killing spree. Montazeri warned them that these executions would be considered the biggest crimes committed by the Islamic Republic.

In that meeting, Montazeri questioned them about the execution of pregnant women and 15-year-old girls. It was subsequently exposed that Raisi was the most active and most ruthless member of the committee. True to form, after the public outcry over the 1988 massacre, Raisi boasted on state TV, on June 2, 2020, “Well, these [MEK] should not be given a chance… These are the people to whom the Imam said we shouldn’t have shown any mercy, and Imam [Khomeini] knew them well.”

Following the death of a senior cleric, Abbas Vaez-Tabasi, Khamenei appointed Raisi in 2016 as the Head of the Astan-e Quds Razavi foundation, in Mashhad, northeast Iran, one of the most important political and financial regime endowments controlling massive assets, land, buildings, and capital.

Khamenei appointed Raisi the Judiciary Chief in March 2019. Since then, he has directed the execution of 251 people in 2019, and 267 people in 2020, and scores of executions in 2021. Amnesty International reported that “The death penalty was increasingly used as a weapon of political repression against dissident protesters and members of ethnic minority groups,” during Raisi’s term. One particular case that drew international outcry was the brutal execution of Iranian sportsman and wrestler Navid Afkari.

He is expected to enter the race for president in the current cycle as a Principlist politician (pro-Khamenei faction).