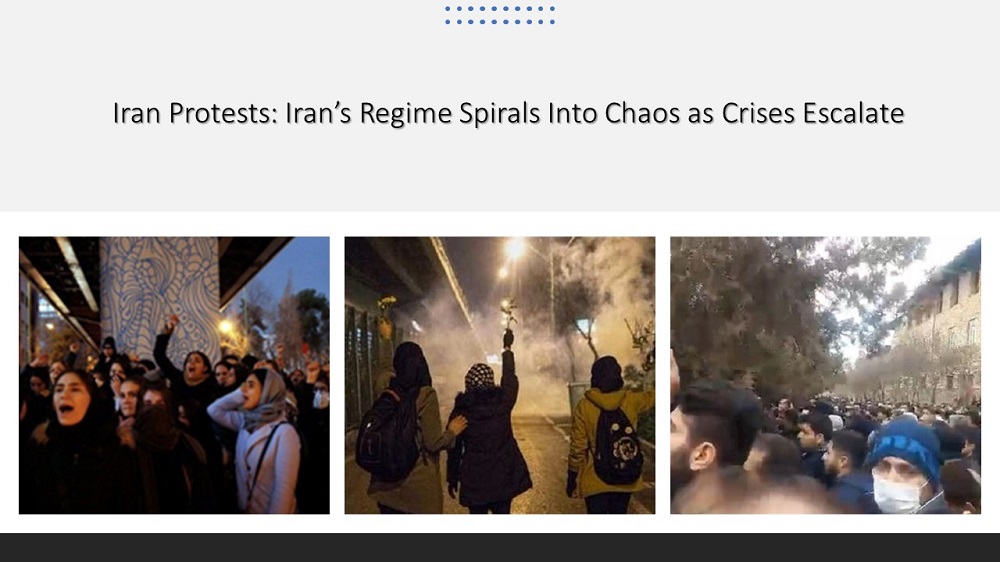 Iran protests have put the mullahs’ regime in a deadlock.

Today, January 17, 2020, on the same day when the regime’s Supreme Leader Ali Khamenei was speaking at Tehran’s Friday prayer congregation, defiant youth tore up or torched posters of the eliminated terror master Qassem Soleimani in different parts of Tehran and in other Iranian cities, including Kerman, Zanjan, Iranshahr, Fassa, Lahijan, Tabriz, Zahedan and Masjed Soleiman. In his remarks today, Khamenei displayed his desperation and frustration in the face of the rage and defiance of rebellious youth toward the mullahs’ regime and Soleimani by saying that a few hundred who insult Soleimani’s pictures were not the people of Iran. These activities occurred while the security and suppressive forces were on full alert in view of the Friday prayers in Tehran and regime-staged rallies in other cities. 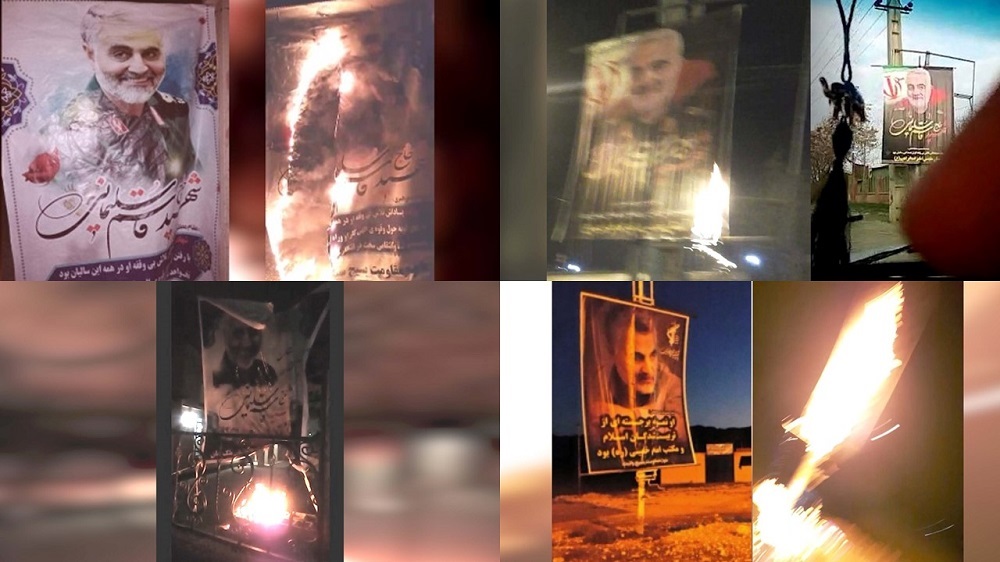 MARYAM RAJAVI THE PRESIDENT-ELECT OF THE NATIONAL COUNCIL OF RESISTANCE OF IRAN (NCRI) WROTE ON TWITTER:

The countdown for the clerical regime has begun. With the advent of the third decade of the 21st Century, the world is looking with hope at the uprising in Iran and the bright prospects of a free and democratic Iran.

Iran Regime’s Terrorist Sentenced to 3 Years in Prison in U.S.

US Senator Martha McSally: I stand with the protesters in Iran as they risk everything for freedom from their oppressive regime.

Amnesty International said Wednesday it had evidence that Iranian security forces used sexual violence against women in peaceful protests after Tehran admitted it accidentally shot down a Ukrainian airliner.

According to the report, published on January 15, 2020, “The organization received shocking allegations of sexual violence against at least one woman arbitrarily arrested by plainclothes security agents and detained for several hours in a police station. According to an informed source, while in detention, the woman was taken to a room where she was questioned by a security official who forced her to perform oral sex on him and attempted to rape her.”

“Iran’s security forces have once again carried out a reprehensible attack on the rights of Iranian people to peaceful expression and assembly and resorted to unlawful and brutal tactics,” said Philip Luther, Research and Advocacy Director for the Middle East and North Africa at Amnesty International.

The root of the chaos:

To get to the root of all the ongoing chaos in the Iranian regime, one only needs to briefly look at the events in the past few weeks.

Friday, January 17, 2020, marks the 64th day since the beginning of the nationwide Iran protests.

Previous articleMEK And Significant Role of Women in Recent Student Protests
Next articleBob Blackman MP: Iranians Are Not Rallying Behind the Regime