MEK And Significant Role of Women in Recent Student Protests 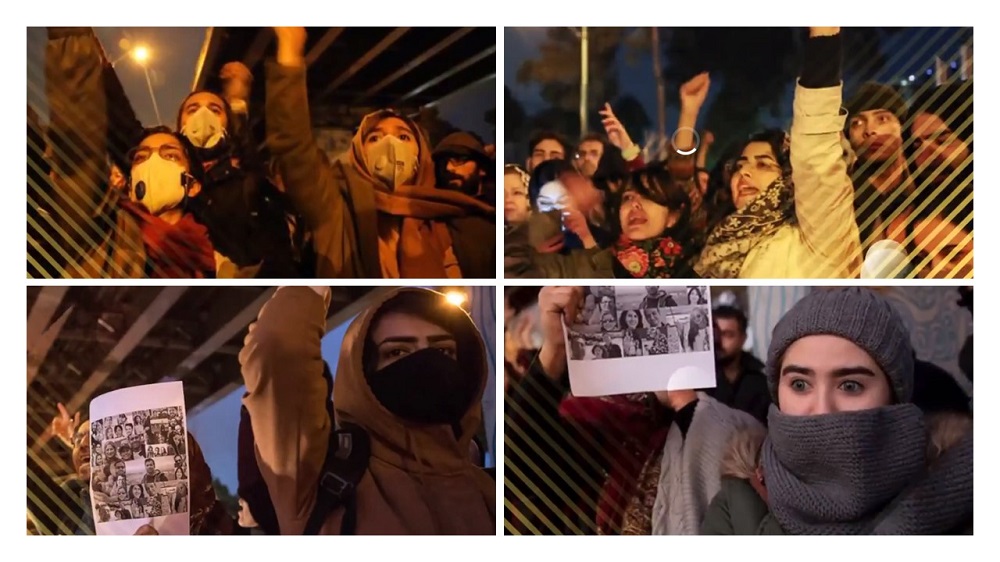 On January 8 the Islamic Revolutionary Guards Corps shot down a Ukrainian passenger plane with a surface to air missile, killing all 176 people on board. After three days of denials, the regime acknowledged it was responsible, triggering a series of protests in Iran.

This is not new behavior from the regime, nor is the response by brave Iranian protesters, both men, and women, in confronting the regime. However, one of the most significant features of this most recent series of protests was the role of Iranian women in leading, organizing and pioneering in various scenes.

Anyone who follows the Iranian Resistance is aware of the heavy participation and leadership of women in the fight to overthrow the religious dictatorship ruling Iran. Footage from the November Uprisings, which spread to 191 cities across the country, clearly demonstrates women taking the lead in protests. Videos from recent protests initiated by university students show something new: young women and girls are playing a significant role in leading the protests and mobilizing others to participate. They are bravely rushing to stand up to the regime Basij and IRGC forces, bearing the risk and consequences of getting arrested, tortured or being shot by IRGC snipers.

On the first day of the protests, MEK sources reporting from the scene recorded footage of several courageous female protesters who were trying to stop security forces as they were riding their motorcycles towards the front rows of the protest. Women can be seen leading protests, and their voices can be heard leading chants in dozens of video clips published online via the MEK network,

During the November Uprising, more than 400 women were reportedly killed by the criminal IRGC, plain clothes, and Basiji forces, according to Reuters. Thousands more were arrested and are now being subjected to torture and inhumane conditions in the regime’s prisons.

The regime’s Minister of Interior commented on the role of Iranian women in the recent uprising during his comments on various protests across Iran. While referring to MEK Resistance Units, he said, “In the streets, two to three hours after sunset, we encountered some forces in these places who operated as units comprised of five or four or six persons. Usually, they were accompanied by a woman who encouraged others and invited them to join the protest.”

The leader of Iran opposition, Maryam Rajavi, in her message after the November Uprising, praised the role of the MEK resistance units, the rebellious youth, and particularly the women, saying: “Hail to our rebellious cities who compete in breaking out of the mullahs’ occupation. From Shiraz and Sadra to Shahriar and Islamshahr, to Sirjan, to Isfahan, Karaj, and Fardis, to Marivan and Sanandaj, to Javanroud and Kermanshah, and to Behbahan, Mahshahr and Bushehr, and other rebellious cities.

Iran’s cities are rising up one after the other and everywhere; women actively participate, leading and supporting the protesters. We had already said that women are the force for change and will defeat the mullahs’ reactionary and religious tyranny. Now, look at the scenes of the uprisings. See, how our courageous sisters encourage people to protest and rebel and lead the protesting units.”

Rajavi also compared the November Uprising with any previous uprisings in Iran and reiterated: “The difference is that the leading role of rebellious women and youth, who no longer tolerate the 40-year oppression of the criminal mullahs, and the sacrifices made by hundreds of martyrs, have enhanced the Iranian people’s resolve to revolt and rebel a hundred times more. As the Iranian Resistance’s Leader Massoud Rajavi said: ‘The Iranian people and Resistance paid a heavy, bloody price to achieve this enormous and irreversible leap forward.”

What’s obvious is that the brave girls and women of Iran have role models that have given them the courage and potential to break through the atmosphere of terror and persecution in Iran. More than a thousand MEK women, led by a charismatic leader, Maryam Rajavi, have for decades stood up to the most difficult and brutal circumstances.

These women withstood numerous attacks by the Iranian regime and its proxies while in Camp Ashraf and Camp Liberty and have become symbols of perseverance for all youth, but particularly for women.

In her message to the rebellious youth after the November Uprising, Mrs. Rajavi said, ” The arisen women of Iran have come to the battlefield to bring down the regime.”

Previous article
Col. Thomas Cantwell: Iran’s Top General Was an Obstacle to Both US Interests and Iranian Democracy
Next article
Iran Protests: Iran’s Regime Spirals Into Chaos as Crises Escalate