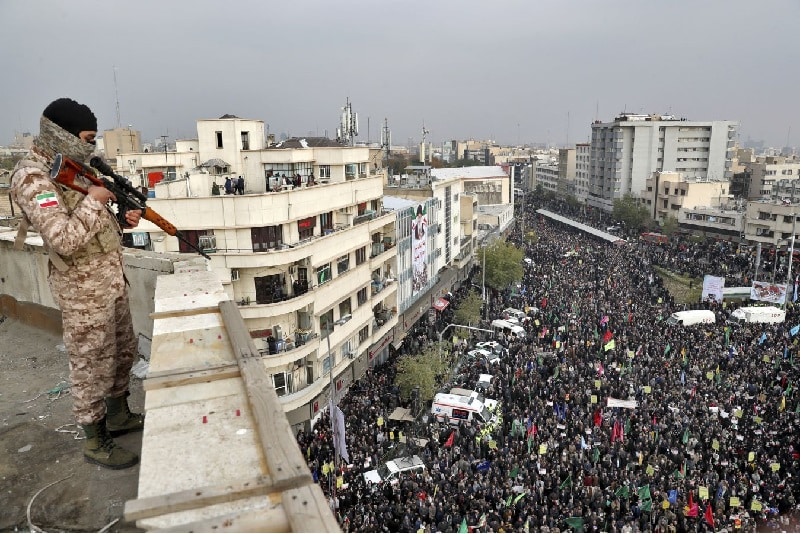 “In commissions tasked with handling [the November uprising] asked if there was any sign of opposition groups, but they said no. I told Mr. Shamkhani that these are people. They are killing people in the street. What are you doing? Will you continue to kill if they remain in the streets? Shamkhani said, yes, we will do it,” Mahmoud Sadeghi said.

Ali Shamkhani is the regime’s Secretary of the Supreme National Security Council.
During the major Iran protests in November 2019, angry people stormed the regime’s repression centers and called for regime change. The November 2019 uprising shook the regime’s foundations. Thus, to prevent his regime from falling, Supreme Leader Ali Khamenei ordered his security forces and the Revolutionary Guards (IRGC) to “do whatever they can.” The IRGC and the State Security Force (SSF) killed over 1500 protesters.
The regime refused to announce how many protesters were gunned down, and its officials have been trying to downplay the number of martyrs.

In June 2020, Mojtaba Zolnouri, the current head of the parliament’s National Security and Foreign Policy Commission, claimed: “230 were killed during the November incident.”

Before Zoulnouri, the regime’s Minister of Interior, Abdolreza Rahmani Fazli, announced around 250 were killed during the Iran protests. Like Zoulnouri, who blatantly claimed “52 of those killed were security forces,” Rahmani Fazli also said: “Some 40 to 45 people were killed with unofficial and unregistered guns,” trying to shift the blame on a third party and yet justifying the regime’s brutal suppression of protesters.

Rahmani Fazli is the same person who defended the regime’s imposing an internet blackout during the uprising to prevent the outside world from knowing what was happening in Iran.
“They say Rahmani shut down the internet on those days. I surely did because they were commanding and training [people] through the internet. Why are people upset? They were looking to start a civil war. As the country’s security officials, we had been tracking their activities; they were planning for months,” Rahmani said, adding, “the fuel price [hike] sparked this. It had a vast social aspect and field, yet it should have been much larger than this. They wanted to make chaos in the country and turn our country into another Syria. Preserving [the regime’s] security is our priority.”

Although the regime could oppress people in November 2019, the social dissent remains as fire under ashes. “We are in such a situation that at any point, this fire under ashes may rise. The November 2019 incidents will not leave Iranian people’s memory,” wrote the state-run Arman daily on May 19, 2020.