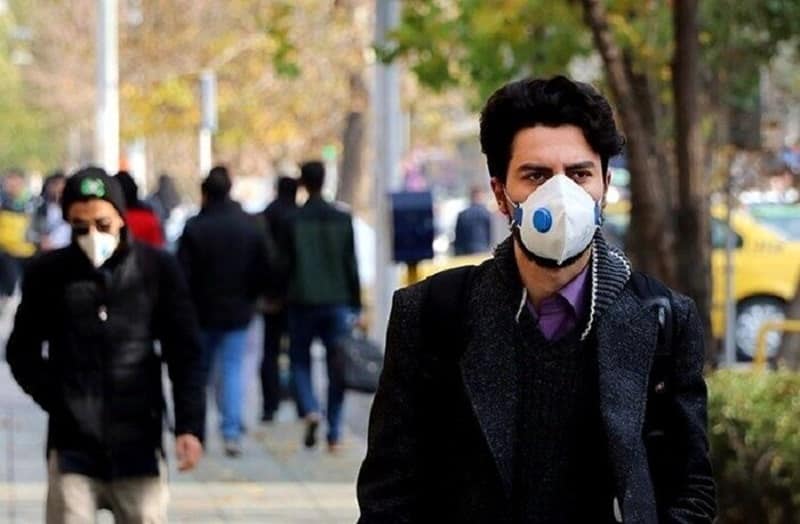 The Iranian regime’s Health Ministry has acknowledged in recent days that the country is in the midst of a “fourth wave” of coronavirus infection. Some officials even go so far as to say that this latest pattern of outbreaks is even more rapid and even more lethal than the previous waves, owing in part to the fact that the UK variant of the virus that originally caused Covid-19 has become prevalent in most, if not all of Iran’s 31 provinces.

“When a new wave starts, it lasts two months, and we can reduce the wave’s amplitude with some precautions, but we can’t cause any change in the wave itself. Hospitals and ICU sections will be full for at least two months and the death toll will rise,” Payam Tabarsi, member of the Covid-19 Task Force scientific council told the state-run Mehr News Agency on Wednesday.

According to reports tallied by the Iranian opposition, People’s Mojahedin Organization of Iran (PMOI/MEK) over 245,600 people have lost their lives as of Wednesday.

Despite all this, few countermeasures have been taken to stop the situation from getting worse. The regime has promoted only the idea of imposing new restrictions on travel and public gathering at some indeterminate point in the future after the situation becomes even worse than what has been observed in recent days. The recent observations include the highest death toll in more than 100 days, but estimates from the Health Ministry actually represent dramatic under-reporting of infection and mortality rates.

Deputy Health Minister Iraj Harirchi has stated that the country is “not so far away” from a daily death toll of more than 200 Iranians. When that point is reached, he told the official IRNA news outlet, “we may have to impose relative quarantine measures.” It is not clear exactly what those measures would consist of, but based on authorities’ actions during previous waves, they would likely fall well short of international recommendations concerning similar situations.

When the community spread of the novel coronavirus proved to be out of control one year ago, Hassan Rouhani’s government, imposed restrictions on travel between major metropolitan areas. But they were too late, and the regime was inconsistent in its enforcement of those restrictions. Regime officials were more focused on promoting Supreme Leader Ali Khamenei’s goal of boosting economic production in spite of the pandemic and using the virus and its mass casualties as a barrier to another nationwide uprising.

This priority was explicitly outlined by Khamenei in a speech marking the Iranian New Year in March 2020, and it arguably served as a partial explanation for his reluctance to release reserved financial assets like those contained in religious foundations that he personally controls. Khamenei eventually approved the dispersal of one billion dollars from the country’s Sovereign Wealth Fund, but later reports indicated that tens of millions appeared to be redirected away from their intended recipients, namely the Health Ministry’s Covid response team and the general public.

As a result of this lack of financial support, coupled with public disinformation and pressure, few Iranians were able to comply with recommendations that they avoid work. The disinformation in question began with the regime’s failure to publicly acknowledge that Covid-19 had even reached Iran until more than a month after the first cases had been recorded. Those records were eventually released to the public via an intelligence network of the MEK, and they exposed the falsity of Rouhani’s claim that the regime “did not delay even one day” in informing the people about the crisis.

Quite to the contrary, Rouhani, Khamenei, and other leading regime officials used the period between the first known cases and the first public statements to urge widespread public participation in a celebration of the regime’s anniversary and, later, in February 2020 the sham parliamentary elections. Authorities would later use nascent public awareness of the coronavirus pandemic as an explanation for those elections having historically the lowest turnout, which showed Iranian people’s hatred toward the regime.

The regime will hold its sham presidential election in June. To a great extent, the outcome of that election appears to be pre-determined on account of the powerful Guardian Council declaring all supposed reformists to be ineligible. Iranian people have been calling for another national boycott. This in turn presents a challenge to the regime’s effort at using the electoral process to present a veneer of legitimacy and democracy for the theocratic dictatorship.

The sham presidential election is scheduled for June, which theoretically offers the regime a significant opportunity to distribute vaccines as part of a broader effort at getting the fourth wave under control. However, authorities have created their own roadblocks to that effort in advance, with the supreme leader formally banning the import of vaccines from the United States and Britain, then spearheading an effort to shift control over distribution from the Health Ministry to corrupt private sector entities that are dominated by the regime’s Islamic Revolutionary Guard Corps (IRGC).

This parallels other measures that allowed the IRGC to exploit the pandemic for the further expansion of its own wealth and power. One prominent example was the announcement, last year, that Revolutionary Guards would be going house-to-house amid outbreaks, ostensibly to identify infected individuals and trace their contacts. In practice, these community sweeps no doubt contributed to an atmosphere of intimidation at a time when the regime was noticeably worried that public outrage over a bungled response to the pandemic would fuel more protests like those that encompassed much of Iran in January 2018, November 2019, and January 2020.

The IRGC was also tasked with helping to enforce a ban on public statements that contradicted the regime’s bogus narratives about coronavirus outbreaks. Penalties for such disclosures were announced, slowing the growth of public awareness during the early months that were crucial in setting the tone for the entire Iranian segment of the pandemic. It was ultimately defiance of that ban by the Iranian Resistance that forced Tehran to acknowledge that the problem had grown serious. But by then, the damage was done and the pace of mortality had apparently exceeded the Health Ministry’s ability to catch up.

The MEK through its intelligence network, from hospital records and eyewitness testimony, has announced that nearly a quarter of a million Iranians had died from Covid-19. At the same time, the Healthy Ministry’s estimate is barely a quarter of that, or just over 63,000. Even if official narratives about the pace of the fourth wave are not similarly understated, the broader discrepancy points to a situation that desperately requires intervention. A regime’s Member of Parliament from Shiraz said as much on Friday, in remarks to Tasnim News Agency.
“Fars province has returned to the early difficult days of the Covid-19 pandemic. It is necessary that our officials adopt essential measures as soon as possible,” he said. Nevertheless, the regime official approach continues to be one of the delayed interventions or none at all. Rouhani has seemingly been playing both sides of the issue by blaming current statistics on ordinary citizens who took part in last month’s Nowruz celebrations while also stating that ceremonies marking the holy month of Ramadan will only be restricted in areas that are designated “red” or “orange” on the country’s four-level scale of coronavirus risk.

As the situation continues to unfold, more of those designations will surely emerge, but most of them will represent a rate of infection that was widely anticipated by health professionals and thus could have been avoided. Staff at Beheshti Hospital recently noted that in that facility alone, there was a 100 percent increase in the number of patients during just the last week of March. And in Tehran, the regime’s Deputy Health Minister Harirchi said that during roughly the same period the total number of positive tests had doubled from 31,000 to 61,000, with some regions returning positivity rates of around 50 percent.

“The latest data of the positive cases from across the country indicate increasing numbers and they are rising in a vertical manner,” he said. Yet this remark was offered as part of the same interview in which Harirchi said that only “relative quarantine measures” were currently on the table and that the prospect of following through with those measures was in doubt, even if regime engineered statistics reach the benchmark of 200 deaths per day. Meanwhile, the severity of the crisis is underscored by the number of prior reports that suggest that official reports of this magnitude only mask a reality that is even more catastrophic for the entire Iranian population.

The Fourth Wave of COVID-19 Outbreak in Iran, the Regime’s Indifference