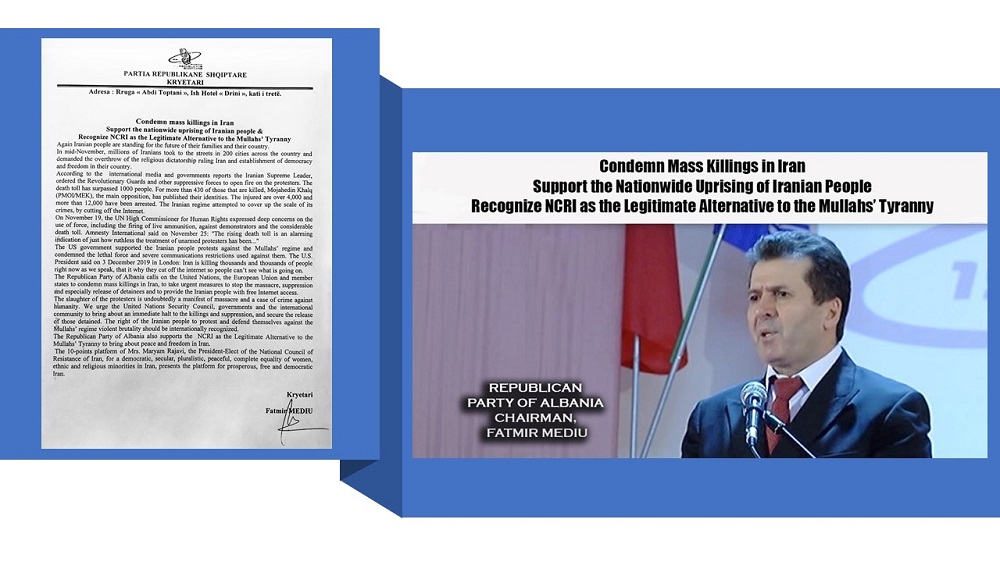 Mr. Fatmir Mediu, Chairman of Albania’s Republican Party, in a statement expressed his solidarity with the nationwide Iran protests and support for the National Council of Resistance of Iran (NCRI) as the only viable alternative to the Iranian regime.

Below is the full text of the statement.

Again Iranian people are standing for the future of their families and their countries. In mid-November, millions of Iranians took to the streets in 200 cities across the country and demanded the overthrow of the religious dictatorship ruling Iran and the establishment of democracy and freedom in their country.

According to the international media and governments reports the Iranian Supreme Leader, ordered the Revolutionary Guards and other suppressive forces to open fire on the protesters. The death toll has surpassed 1000 people. For more than 430 of those killed, Mojahedin Khalq (PMOI/MEK), the main opposition, has published their identities. The injured are over 4,000 and more than 12,000 have been arrested. The regime attempted to cover up the scale of its crimes, by cutting off the Internet.

On November 19, the UN High Commissioner for Human Rights expressed deep concerns on the use of force, including the firing of live ammunition, against demonstrators and the considerable death toll. Amnesty International said on November 25: “The rising death toll is an alarming indication of just how ruthless the treatment of unarmed protesters has been…”

The US government supported the Iranian people protests against the Mullahs’ regime and condemned the lethal force and severe communications restrictions used against them. The U.S. President said on 3 December 2019 in London: Iran is killing thousands and thousands of people right now as we speak, that it why they cut off the internet so people can’t see what is going on.

The Republican Party of Albania calls on the United Nations, the European Union and member states to condemn mass killings in Iran, to take urgent measures to stop the massacre, suppression and especially release of detainees and to provide the Iranian people with free Internet access.

The slaughter of the protesters is undoubtedly a manifest of massacre and a case of crime against humanity. We urge the United Nations Security Council, governments and the international community to bring about an immediate halt to the killings and suppression, and secure the release of those detained. The right of the Iranian people to protest and defend themselves against the Mullahs’ regime violent brutality should be internationally recognized.

The Republican Party of Albania also supports NCRI as the Legitimate Alternative to the Mullahs’ Tyranny to bring about peace and freedom in Iran.

The 10-points-plan platform of Mrs. Maryam Rajavi, the President-Elect of the National Council of Resistance of Iran, for a democratic, secular, pluralistic, peaceful, complete equality of women, ethnic and religious minorities in Iran, presents the platform for prosperous, free and democratic Iran. 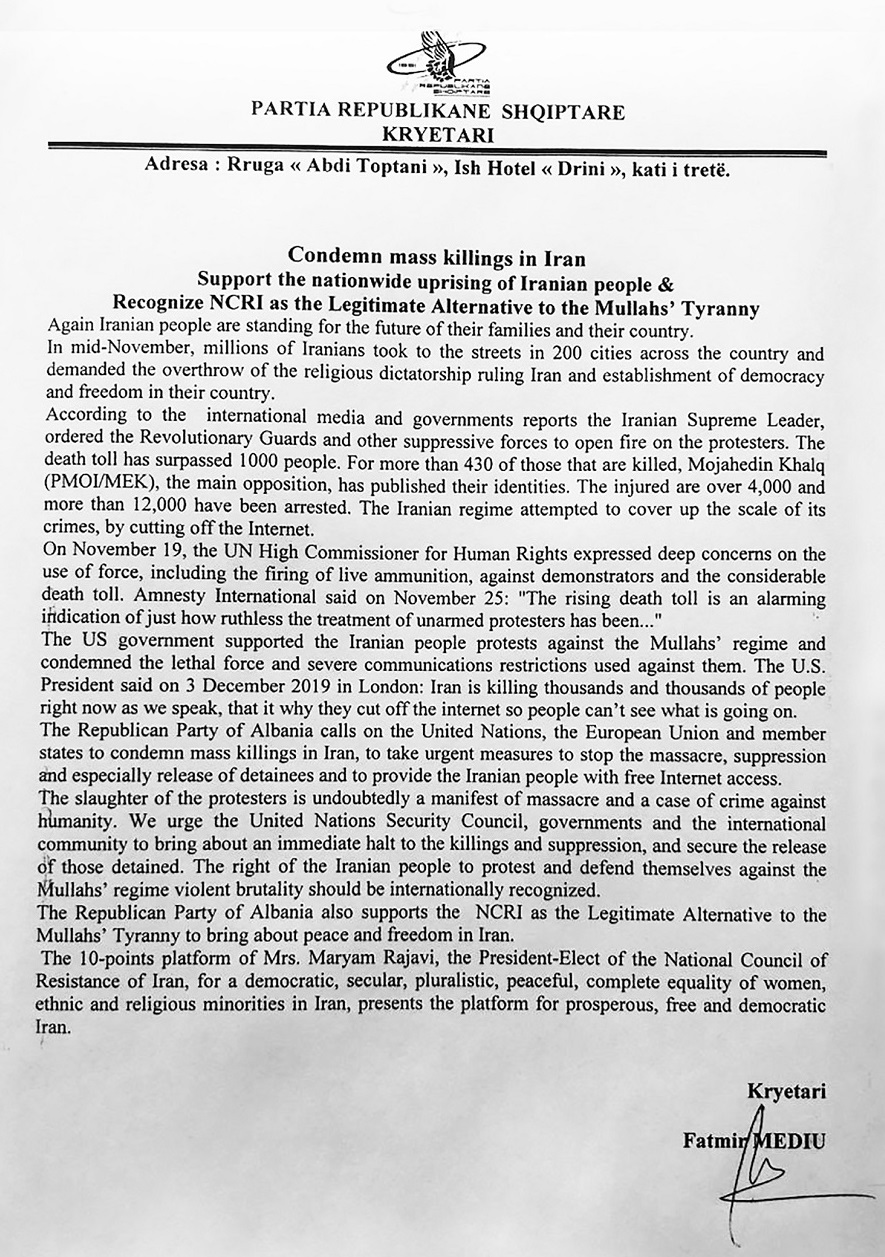