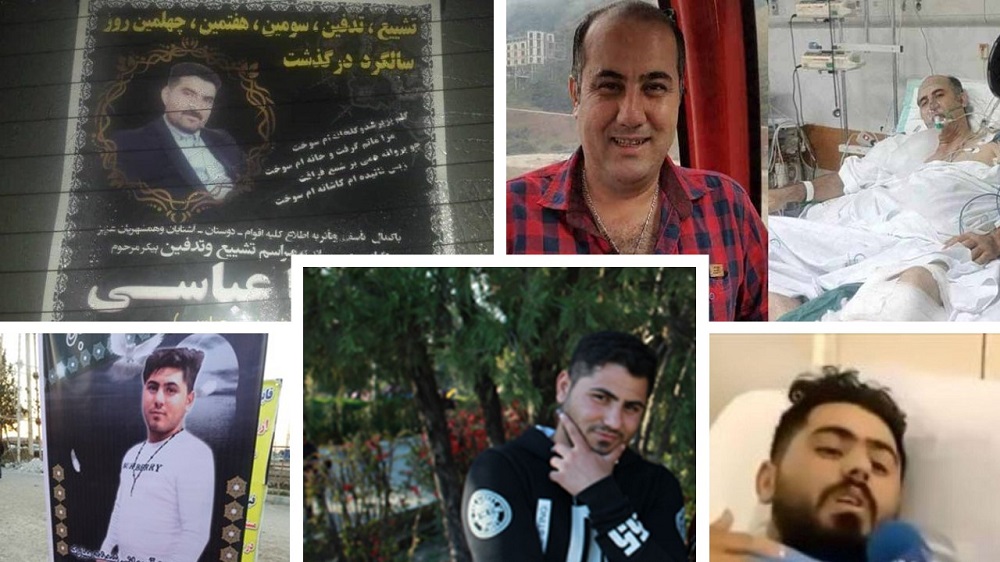 Some Wounded Protesters in Iran, Die as They Couldn’t Get Proper Medical Care

According to reports published by human rights groups such as Iran Human Rights Monitor (Iran HRM), several people who were wounded during the Iran protests in November have lost their lives for not receiving proper medical care.

During the November protests, the Iranian regime’s security forces used live ammunition and shot to kill protesters. According to reports published by the Iranian main opposition group, People’s Mojahedin Organization of Iran (PMOI, Mujahedin-e Khalq or MEK), over 1500 protesters were killed, 12,000 arrested and 4,000 injured.

#IranProtests: Some Injured in November #Uprising Passed Away in #Iran https://t.co/lA0magOVFZ

“Amir Ojani, the father of four, had been wounded by security forces during Iran protests in November 2019. He lost his life due to infection. He had been shot in the leg in Tehran’s Aryashahr suburb on November 19 but did not refer to a hospital to avoid being arrested. After a few days, as Amir’s condition got dire, his family took him to several hospitals in Tehran, including Firouzgar Hospital. But all hospitals avoided admission because of his gunshot wound. Medical staff told the family that the authorities ordered them not to accept people with gunshot wounds. Eventually, a private hospital admitted Mr. Ojani but his wound got infected, and he finally lost his life on January 10, 2020,” read the report about the first victim.
“In yet another case, Reza Abbassi who had been shot and wounded two months ago in Isfahan during the November protests lost his life three weeks ago due to infection of his wounds. Mr. Abbassi came from Arab Famour village near Kazerun in the southern Fars Province and was buried there without any ceremonies and in the presence of watchful security agents,” read the report, describing the second case.

A wounded #Iranian protester, Reza Abbasi, passed away from an infection 3 weeks ago. Reza was shot during #IranProtests in Isfahan on Nov. 19. Many protesters were arrested in hospitals. pic.twitter.com/oTSiZRUtOz

In another case, Iran HRM described the case of another victim, Mohammad Maleki, 23, who passed away in January due to the severity of his wound.

“Mohammad Maleki was shot and injured on November 16, 2019, by security forces during the nationwide protests in Tehran. He was paralyzed from the bullet’s damage and was taken to hospital where he was placed in critical condition. Mohammad Maleki was discharged from hospital in early December and passed away on January 6. Mohammad Maleki, a street peddler, had become a father two weeks before his death. He was laid to rest on January 28 in a cemetery in Tehran’s Baharestan district,” read the report.

Mohammad Maleki, 23, a wounded protester passed away on Jan 6 from the severity of his wounds. He became a father two weeks before his death. He was a street peddler and was shot by security forces during the November 2019 #IranProtests in Tehran.https://t.co/Gc56YSIoDL pic.twitter.com/yzBtVrQPG8

As Mrs. Maryam Rajavi, the president-elect of the National Council of Resistance of Iran (NCRI), has stated: “The crime against humanity, which began with the massacre of unarmed and defenseless protesters in November, is continuing with mass and arbitrary arrests, torture and disposing of prisoners, harassing thousands of families by keeping them in the dark about the fate of their children, cutting off communication, and blocking information. The regime will construe silence and inaction as a green light to continue and intensify its crimes against humanity.”

“I call on the international community to take urgent action to stop the killings in Iran. The United Nations Security Council must declare this massacre, continuing for 40 days, as a crime against humanity so that those responsible, none other than the regime’s Supreme Leader Ali Khamenei, its President Hassan Rouhani, and other officials, face justice. I also urge the dispatch of a UN delegation to Iran to investigate this major crime and visit those arrested,” Mrs. Rajavi concluded.

The United Nations must immediately dispatch fact-finding missions to #Iran to investigate the scale of crimes against humanity and visit those arrested. And the world must recognize the Iranian people’s Resistance and uprising to overthrow the mullahs #IranProtests pic.twitter.com/4gaq2y85wD