Iran Regime’s Official to People: If You Want to Protest, Go to Stadiums 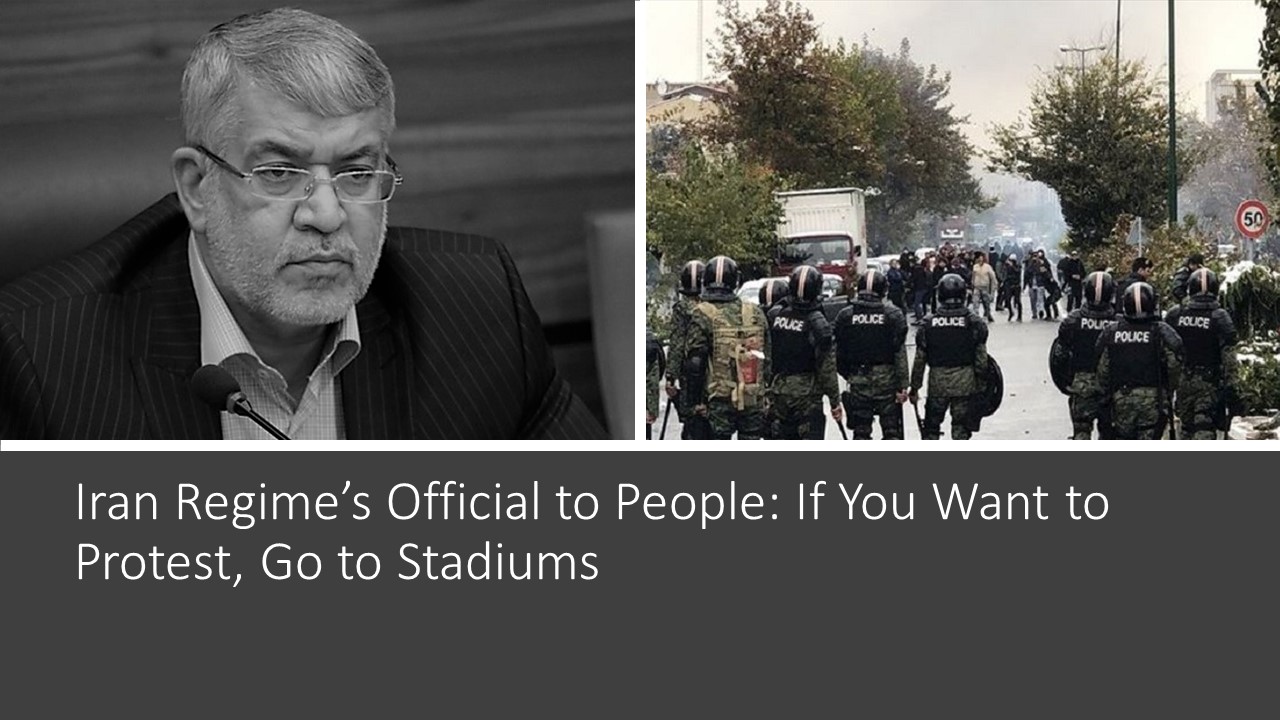 Iranians who seek to : Releasing Another 30 Names of the Martyrs of the People’s Uprising

In answering the question of “Why the recent protests which were peaceful at the beginning turned into riots,” Hassan Beigi said: “If there are places where protesters could gather and we could provide their security no one will be able to misuse these protests.”

Previous article
Iran’s Regime May Have Been Behind Attack on Iraq’s Balad Base: U.S. Official
Next article
Students Stage Protest in Tehran, Polytechnic Universities, Chanting, “I Will Kill Whoever Killed My Brother.”