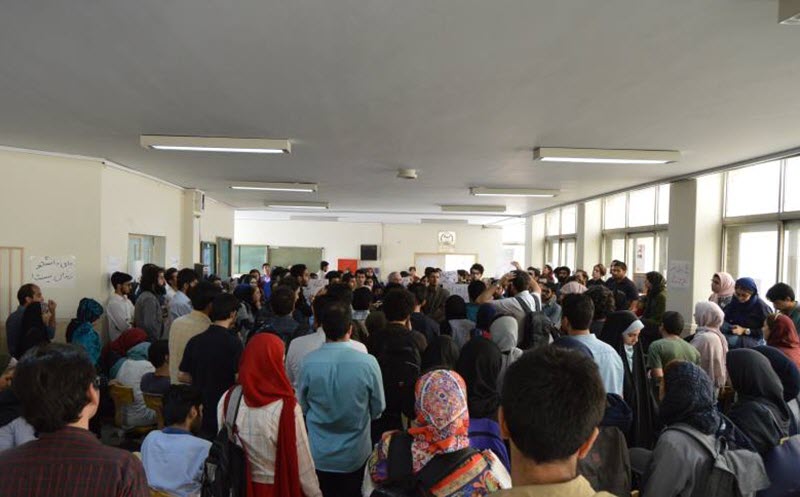 Dozens of student associations in Iran have criticized the recent verdicts against students and have warned that they won’t allow “the totalitarian forces to target freedom and liberty again”.

In a statement published on Monday, July 23, 68 student associations wrote that the current situation in Iran was creating a “myriad [of] dissatisfaction among people” and warned that “authoritarian rhetoric toward justification has directed the country to a precarious route”.

The statement advised that the “totalitarian elements” had not only failed to address the demands of students in a previous statement issued by 63 associations, but had actually increased their harassment of student activists as evidenced by the sentencing of students’ rights activist Fereshteh Tousi.

Tousi, 30, was sentenced to 18 months in prison for organizing a ceremony to commemorate the national student day at Allameh Tababa’i University in December 2016. The Regime called this “propaganda against the state”, as they do with most political activism and she was sentenced by a Tehran court on July 3. 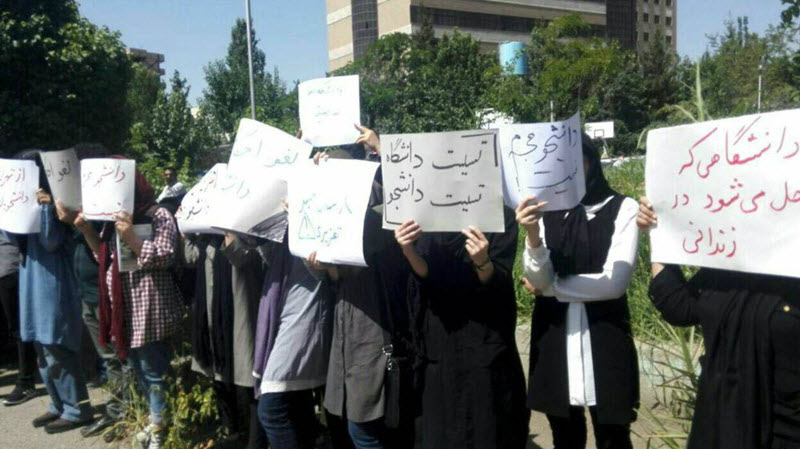 She also faces a two-year ban on leaving the country, using social media, contributing to mass media, or belonging to a political party or association.

Human Rights Watch explained in a statement on July 21 that the Iranian authorities have only increased their crackdown on peaceful student protesters with harsh prison terms and restrictions, citing at least eight cases resembling Tousi’s in 2018 alone.

Sarah Leah Whitson, Middle East director at Human Rights Watch, said: “Instead of enabling a safe environment for peaceful activism, Iranian authorities have gone back to their favourite response: cracking down on peaceful dissent. While encouraging students to participate in public discourse, the authorities in practice prosecute them for peaceful assembly.”

In fact, here are just some of the sentences handed down to student activists, since the Iranian uprising began in December.

• Sina Darvish Omran given eight years in prison, plus a two-year ban on travelling, participating in media activities, and belonging to a political party

• Ali Mozaffari given eight years in prison, plus a two-year ban on travelling, participating in media activities, and belonging to a political party

• Ali Kamrani given six months in prison for charges unknown

• Ali Ghadiri given six months in prison for charges unknown

Since March, over 100 university lecturers and dozens of student associations have called upon President Hassan Rouhani to intervene and protect student rights, as he had promised to do, but he had failed to do so, proving that he is no moderate.