Iran: The Staffs of a Major Hospital Went on Strike 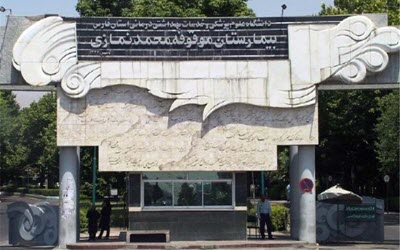 NCRI – The staffs of Namazi Hospital of Shiraz (located in southern of Iran) staged a protest against the status of payments and they stopped working for a day.

As the online News Agency reported on 12th October 2016, the supervisor of Namazi Hospital, Mohammadreza Edraki stated that:”the situation is actually critical. The health insurance organization has not paid the 6-month dues to this medical-education center. Like the other authorities, we are also concerned about this problem.”

Dr. Edraki also stipulated that due to the current situation, the physicians of  Namazi Hospital has not yet received any other payments except their monthly salary for a year and even during this time no productivity bonuses have been paid.

The supervisor of Namazi Hospital also added:”in addition to the bonus payments, the overtime payments of the hospital staffs have not been paid for a year and this issue has affected the efficiency of the employers. We urge the leading authorities to resolve the issue.”

Dr. Edraki said:”as the hospital has no incredibility, the clearance of the 5-month dues also brings an opportunity for the prompt payments of bonuses and overtime pays. The crippling debts of the insurance organizations to the hospital have brought many problems in the procurement of medicines, disposable medical equipment, and supplies. The condition is so unfavorable that the pharmaceutical companies and medical equipment do not provide us with the medical requirements like before.”

Dr. Edraki noted that:” due to the long delay of insurance payments, we are now really confused. To improve these conditions, no other choice crosses our mind. In the day of protest, the staffs took care of the emergency patients although they announced that they will not stop their protests unless the bonus and overtime payments will be cleared. They also asked the authorities to resolve the issue.

This situation is related to the whole country and the follow-ups are done frequently and all of the leading authorities are aware of this issue but so far they have not taken any measure to resolve it. During the day, over 30 thousand people ply across the hospital halls and a high percentage of those are the patients. This figure shows that the number of visiting patients increases and the staffs’ job become harder. Therefore, it is important to address the aforementioned problems of this hospital.”

Previous article
Ted Cruz: Iran aggression against America has doubled since the JCPOA went into effect
Next article
Iran Regime Minister of Intelligence: “We claim to be Muslims, but we easily lie for inferior political goals”