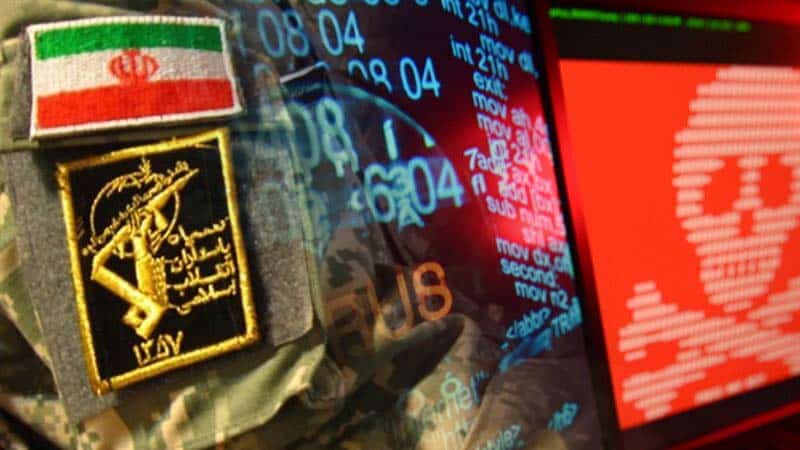 Following the uprising in Saravan county, in Sistan and Baluchistan province, southeast Iran, the regime’s cybersecurity policy instructed its cyber army to spread false narration of what happened in a one-week protest. While footage circulating on the internet shows the regime’s forces killing protesters, the regime tries to tarnish the uprising image and hide the truth to prevent protests from spreading across Iran.

“Due to the high amount of fake news and contents which contradict the reality regarding the recent incidents in Saravan and the activities of armed mobsters under the pretext of supporters of fake victims in Saravan border [with Pakistan] supported by the opposition groups, the main groups seeking [regime-change] it is a crucial act in the framework of the instruction,” reads the instructive message of the regime’s cyber army, adding the following instruction to follow: “: 1- Imposing this narrative that there are no protests in Sistan and Baluchistan province and the opposition groups’ contents are fake, intended to disrupt the peace and security of the province and country. 2- On Twitter, refer to the fact that there is a difference between mobs and people of Baluchistan, and we will not leave Baluchi people alone. 3- Vastly republish the stories and posters regarding the incidents in Sistan and Baluchistan. 4- Do not retweet or follow the accounts of dissidents who spread rumors.”

Protests began on February 22, when the Revolutionary Guards (IRGC) forces opened fire on a group of deprived fuel porters, killing and injuring dozens. Protests spread across Sistan and Baluchistan, with angry people storming IRGC bases. During people’s skirmish with security forces, over 40 unarmed protesters were gunned down.

Fearing the Iranian Resistance’s campaign of exposing the regime’s crimes and echoing the voice of deprived locals of Sistan and Baluchistan, and nationwide campaign of solidarity with the risen Baluchi citizens, the regime intends to ruin the image of the uprising.

“Simultaneously with the events in Saravan, the hashtags’ Saravan,’ ‘Saravan is not alone,’ and ‘Bloody Saravan’ were shared by some Twitter users. Hashtags that the MEK leaders and the Persian-language media also reported and tried to produce false content for them.” wrote Sobh Sadegh magazine, the official outlet of the IRGC’s political deputy, on Saturday, adding:

“They faked statistics on the death toll of 10 to 40 people, accusing military and government institutions, simulating the events of Saravan to the events of November 2019 [uprising]. [The MEK] is trying to spread these protests in other parts of the country and identify the IRGC as the Baluch people’s economic rival. These are just one aspect of the actions of the [MEK] during the Saravan incident.”

“The MEK has concluded that due to the increasing influence of the Instagram social network in Iran, they can communicate with the Instagram influencers in any way they can and pursue their goals. More than 2,000 MEK members in Albania are trying to pump up rumors and fake news inside Iran.”

Previous articleAmb. Joseph: The Iranian regime openly violates the limits of the JCPOA to coerce the U.S. administration back into the agreement
Next articleIranian Opposition Reveals New Information Related To IAEA’s Latest Nuclear Report