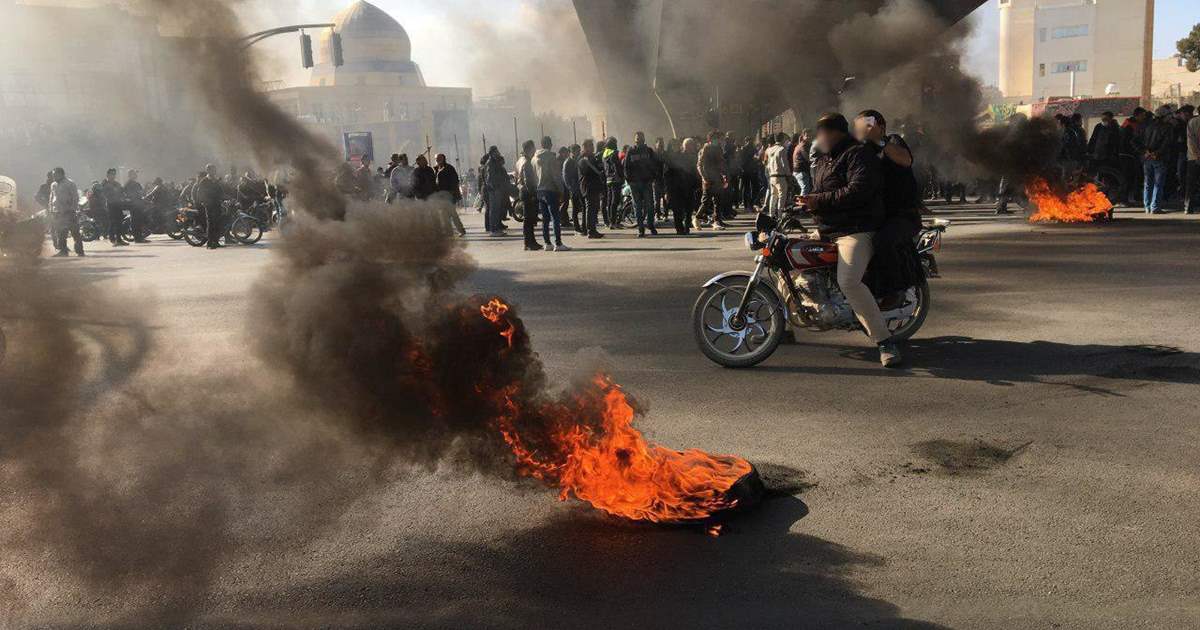 Since Iran’s nationwide uprising in January 2018, the regime’s officials have been warning about the growing influence of the organized Resistance movement and the potential for further protests to seriously challenge the regime’s hold on power. Those warnings have naturally accelerated as the long-term effects of the uprising have set in, demonstrating that the anti-government protests were not a fluke occurrence and that the activist community is resistant to even the most brutal efforts at repression by security forces and the Islamic Revolutionary Guard Corps.

The initial uprising encompassed above 150 Iranian cities and towns. Although it began with a specific focus on economic issues, the message soon broadened to underscore the regime’s culpability for widespread poverty and a range of other social problems. Slogans like “death to the dictator” and “reformists, hardliners: the game is over” left little doubt that participants in the uprising envisioned a complete change of government as the solution to these problems.

This anti-regime sentiment and movement forced the regime’s Supreme Leader Ali Khamenei to begrudgingly acknowledge the roots of the uprising. Breaking with decades of propaganda that tried to downplay the popularity and organizational strength of the Iranian Resistance, Khamenei declared that the People’s Mojahedin Organization of Iran (MEK / PMOI) had “planned for months” to facilitate protests not just in major cities like Tehran but also in small towns that had once been portrayed to be bastions of support for the theocratic system.

The impact of these efforts was consolidated in subsequent months. Although the January uprising was fractured in the wake of thousands of arrests, dozens of shooting deaths, and several fatal instances of torture, the anti-regime slogans continued to be repeated in various local demonstrations throughout 2018.

Then, in November 2019, the regime’s sudden announcement of a spike in gasoline prices rekindled the 2018 uprising and caused it to spread almost immediately across an even larger geographic area. The MEK has announced that the second uprising involved more than 200 cities and towns. MEK has also determined that during its brief duration, more than 1,500 peaceful protesters were killed, mostly by the Revolutionary Guards.

The death toll signifies what may be the worst single incidence of the regime suppressing dissent since the 1980s, when the PMOI had only recently established itself as the mullahs’ archenemy and the greatest threat to their hold on power. In the summer of 1988 alone, 30,000 political prisoners were executed on the orders of “death commissions,” in response to a fatwa from the regime’s founder, Ruhollah Khomeini. Most of the victims were supporters and members of the MEK.

Last November’s death toll is certainly less than the 1988 massacre, but it also points to the possibility of Tehran further ramping up its violence in response to a persistent threat of unrest. Regime officials and analysts are very cognizant of that threat, and their comments lend credence to the notion that there is little the regime won’t attempt in order to forestall further clashes with the public, as long as the leadership believes they might get away with it.

Hashem Harrisi, a member of the Iranian regime’s parliament, emphasized what the stakes are for the regime on June 29. “The current situation of the Iranian society is intolerable,” he said, “and every day the people distance themselves more from the establishment.” According to Harrisi, if Tehran fails to prevent additional protests, he and other lawmakers would have to “watch the establishment die.”

For the regime, though, its failure to prevent such protests is all but guaranteed. After all, even the deaths of 1,500 activists last November did not prevent unrest from flaring up again in the following weeks. In January, public outrage over the attempted cover-up of a missile strike on a commercial airliner led to another nationwide uprising. Student activists in about a third of Iran’s 31 provinces held large-scale demonstrations, and many featured the same full-throated condemnations of the ruling system as had defined the two previous uprisings.

The people’s defiance of brutal repression is remarkable in its own right, but it is not without historical precedent. After all, members and supporters of the PMOI were boldly defiant of regime authorities even as the 1988 massacre was ongoing. Of those who were hauled before death commissions, most of them refused to disavow the MEK when asked to do so, and nearly all of them faced fatal consequences for it.

Far from warning off other would-be supporters of the Iranian Resistance, these deaths inspired the continued growth of the MEK. The MEK has never stopped the struggle for freedom and playing a leading role in uprisings against the regime, as it did in each of the previous two years, and will surely do again.

As Amanollah Ghayari Moghadam, a government-employed sociologist, put it in a state media interview at the beginning of August, “a danger is lying in ambush,” waiting for Tehran’s ultimate failure to “handle people’s despair regarding economic problems.” That failure seems as inevitable as further protests, since the regime has been clinging to its self-serving priorities even in the midst of a coronavirus outbreak that has officially killed above 100,000.

The PMOI has repeatedly condemned the Revolutionary Guards and Supreme Leader Khamenei for their refusal to free up any of their hundreds of billions of dollars in assets to support the Iranian people during this time, or to aid health professionals in their fight against the pandemic. On February 21, just two days after the regime acknowledged that the coronavirus was spreading inside Iran, Iranian Opposition president Mrs. Maryam Rajavi appealed to the World Health Organization to step in and address the crisis, knowing that Tehran would be neither willing nor able to take on the task.

More recently, the PMOI has even alleged that the regime is deliberately taking a hands-off approach to the public health crisis, in hopes that high rates of infection will make nationwide uprisings all but impossible. The fallout from Covid-19 is just another thing that may fuel dissent and defiance over the long term, and hasten the collapse of the theocratic regime.

In this regard, the state-run Mostaghel daily on July 13 wrote: “This nation will not forget how it was abandoned during these bitter days. This will affect the upcoming incidents. Soon, people will come to their table for eating, and their despair of an empty table will lead them to protest on busy streets.”

In response statements from the regime’s officials and its think tanks suggest that the only prospective response is a further increase in repression, with more power being consolidated into the hands of the Revolutionary Guards while the judiciary moves to execute prominent activists as a warning to others.

For this reason, it is imperative that the international community should stop the regime’s human rights violations. The international community should recognize the Iranian people’s right to resistance and overthrow of the mullahs’ regime and support advocates for democracy and human rights in Iran. It should also use economic and diplomatic tools to stop the next crackdown before it begins.

Previous article
Iran Will Not Remain Silent in the Face of Navid’s Hanging and Will Rise To Protest His Unjust Execution
Next article
MEK: Iran’s Regime Destroys Graves of 1988 Massacre Victims