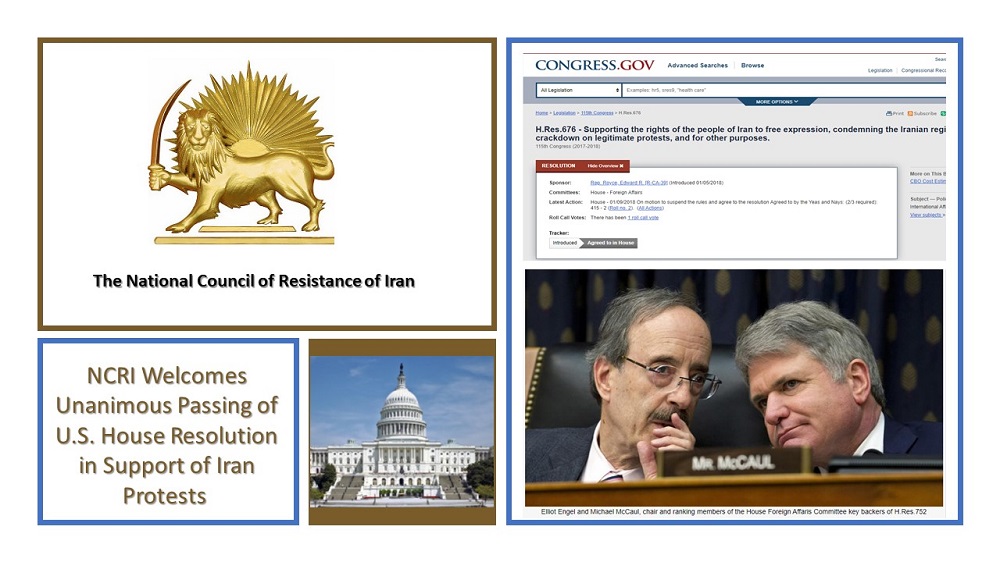 The United States House of Representatives Foreign Affairs Committee on Wednesday unanimously passed House Resolution 752 in support of the recent who are engaged in legitimate against an “oppressive, corrupt regime” and its condemnation of the “regime’s serious human rights abuses against the Iranian people, significant corruption… & that it strongly condemns the massacre perpetrated by the regime in Nov,” NCRI-US Rep. S. Samsami. ; they all need to be sanctioned by the US Gov.” https://t.co/VhEJq6QSUR