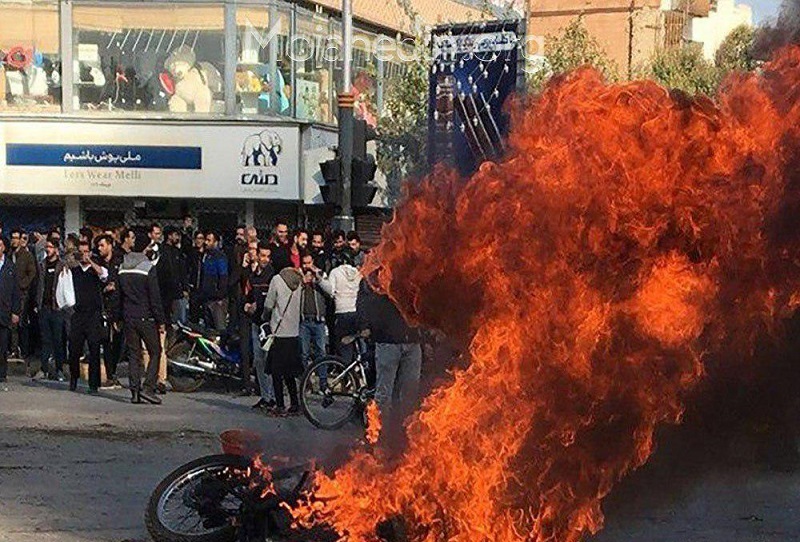 The political situation in Iran changed forever in November 2019. It was then that the Iranians spontaneously assembled across 191 cities and towns, to take part in a nationwide uprising that rejected the theocratic system in its entirety, and set the stage for a democratic alternative to taking hold.

This message of regime change was not entirely new. It had been expressed in nearly as many localities less than two years earlier after protests over a collapsing economy turned into something much broader in scope. In January 2018, the People’s Mojahedin Organization of Iran (PMOI-MEK) helped to push slogans like “down with the dictator” into the mainstream, and they have remained in circulation ever since.

The influence of the MEK was confirmed during that earlier uprising by none other than the regime’s supreme leader Ali Khamenei. Since then, he and other leading officials have made a habit of warning one another about the MEK’s growing influence and its potential to raise global awareness of an Iranian protest movement that is actively pushing for a complete change of government.

Khamenei reiterated his anxiety about the MEK in January of this year, noting in particular that he held its exiled members in Europe responsible for helping to organize unrest inside Iran. Such commentary is no doubt intended partly as justification for efforts to attack the Resistance movement wherever Tehran’s agents might find it. But the regime’s position on this matter was already made clear in the months following the January 2018 uprising, as authorities at the top of its leadership structure approved at least two plots to attack MEK affiliates on European soil.

One such plot was thwarted in March, in Albania, where approximately 3,000 members of the MEK reside in a self-built community called Ashraf-3. The other targeted a gathering of Iranian expatriates organized near Paris by the National Council of Resistance of Iran. Had it been successful, the June 2018 bomb plot might have killed or injured any number of the estimated 100,000 attendees, including the NCRI’s President-elect Maryam Rajavi and a wide range of political dignitaries from the US, Europe, and elsewhere.

Fortunately, two would-be bombers were arrested before they could cross the border from Belgium into France. The plot’s mastermind, a high-ranking Iranian diplomat named Assadollah Assadi, was arrested in Germany. All three, plus another accomplice, are scheduled to stand trial in Belgium on November 27, and there is much symbolic significance in the proximity of this date to the anniversary of the November 2019 uprising.
The NCRI commemorated that anniversary on Tuesday with an online conference, and many of the coalition’s supporters seized this opportunity to emphasize that the international community’s interests are closely aligned with those of the Iranian people who have been so fiercely protesting against their illegitimate government for the past three years.

Those protests have slowed in recent months as a result of the coronavirus pandemic, but the year 2020 began with demonstrations that spanned roughly half of Iran’s 31 provinces and evoked obvious defiance of the regime’s prior efforts to crack down on the Resistance both at home and abroad. Tuesday’s conference pointed to those protests and other actions by MEK’s “Resistance units” as evidence for the conclusion that it’s only a matter of time before another uprising presents an even greater challenge to the regime’s hold on power. Participants in the conference also framed that conclusion as an invitation for Western policymakers to consider in advance how they might respond to the next great clash between Iran’s regime and the people.

The uprising’s anniversary and the pending trial of an Iranian diplomat-terrorist are joint opportunities to recognize the ways in which Iran’s domestic unrest makes assertive Western policies both more urgent and potentially more effective.

The escalation in unrest between 2018 and 2019, and its continuation into 2020, shows that the regime change will be accomplished through the initiative of the Iranian people themselves. On Tuesday, the NCRI’s conference made it clear that those people are waiting only for some sign of enduring support from the international community – not in the form of direct intervention but merely in the form of a long-term commitment to sanctions, diplomatic pressures, and other assertive policies.

It would be absolutely foolish to withhold this support under the circumstances. Tehran is recognizably anxious about the MEK’s rising influence, and the regime is ill-equipped to put down unrest, having failed repeatedly over the past three years, both at home and abroad. Everyone agrees that the collapse of the existing regime would be good for the entire world, but not everyone has recognized that this is the outcome that is well within reach. They should recognize it now.

Previous article
Iran News in Brief – November 14, 2020
Next article
Iran: Amidst Many Crises, Tehran Only Intends to Address One: Escalating Popular Dissent