Retirees Are Latest Protesters in Iran 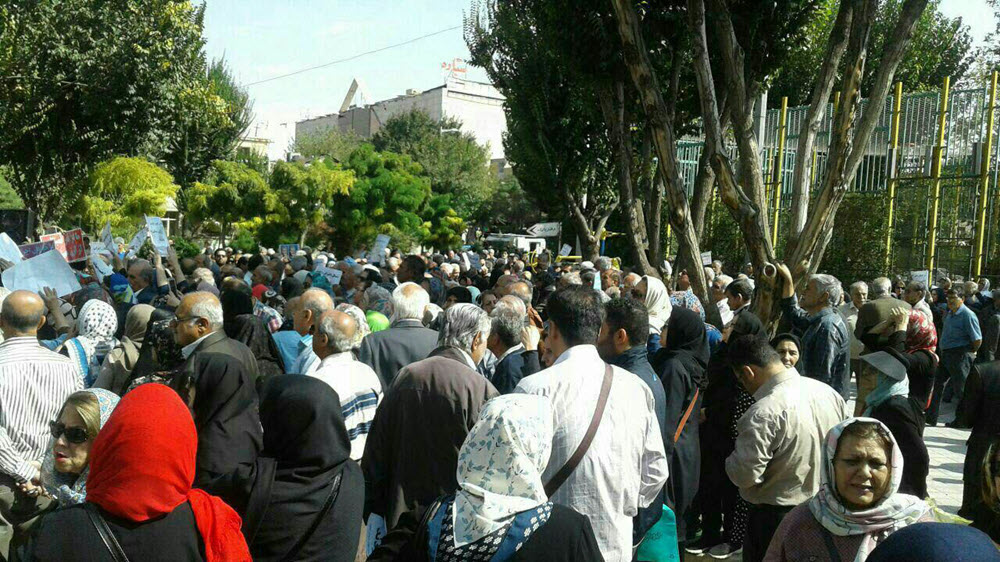 While the Iranian regime spends billions on proxy wars and supporting terrorist groups across the Middle East, its people are suffering the very real consequences of poverty, so they have joined together to strike for better pay and working conditions.

On October 16, retirees became the latest workforce in Iran to take to the streets, joining truckers, shopkeepers and teachers in a nationwide protest. The retirees have been forced to protest because of widespread public anxiety about the dire living conditions under the mullahs; including an economic crisis, spiralling inflation, and a high cost of living, which have hit the elderly particularly hard.

Jamshid Taqizadeh, the managing director of the National Retirement Fund, said: “Iranian pensioners have lost 67% of their purchasing power and live with hardship in very poor conditions.”

One retiree said: “…our present situation has disastrous consequences for the youths, they foresee no future for themselves, our condition leaves young people realizing that the life is getting worse for them, therefore they choose to challenge the regime by joining the resisting units and up rise”.

Many of the participants are retired teachers, protesting that their pension is much less than that of other retirees.

One protester said: “We are fed up with poverty and having no money. After three decades of teaching, our pension only covers ten days of our expenses. What are we supposed to do for the rest of the month?”

According to the latest reports, protest rallies took place in large cities, like Isfahan, and people were shouting slogans like”No Gaza, No Lebanon, No Syria, my life for Iran!”; a clear reference to the billions that the Regime spends on propping up brutal regimes and terror cells, while the people of Iran starve.

It is despicable that a country so flush with natural resources would have an impoverished population, but that is the result of decades of corruption and mismanagement by the mullahs. In fact, it is hard to even estimate how much funding the Iranian Regime doles out to nearby terrorist groups, as the majority of it is made by transfer of weapons, equipment, fighters, or supplies from the Iranian Revolutionary Guard Corps (IRGC) via Iran’s state-owned airlines (i.e. Mahan Air), rather than cold, hard cash.

The spokesperson for the US Department of State, Heather Nauert, joined many across the world who supported the strikers.

She tweeted: “We are following the reports of nationwide strikes in #Iran. We support the right of the Iranian people to peacefully express their rightful demands. These strikes have a message for the regime: stop wasting Iran’s wealth abroad and start addressing the needs of your own people,”