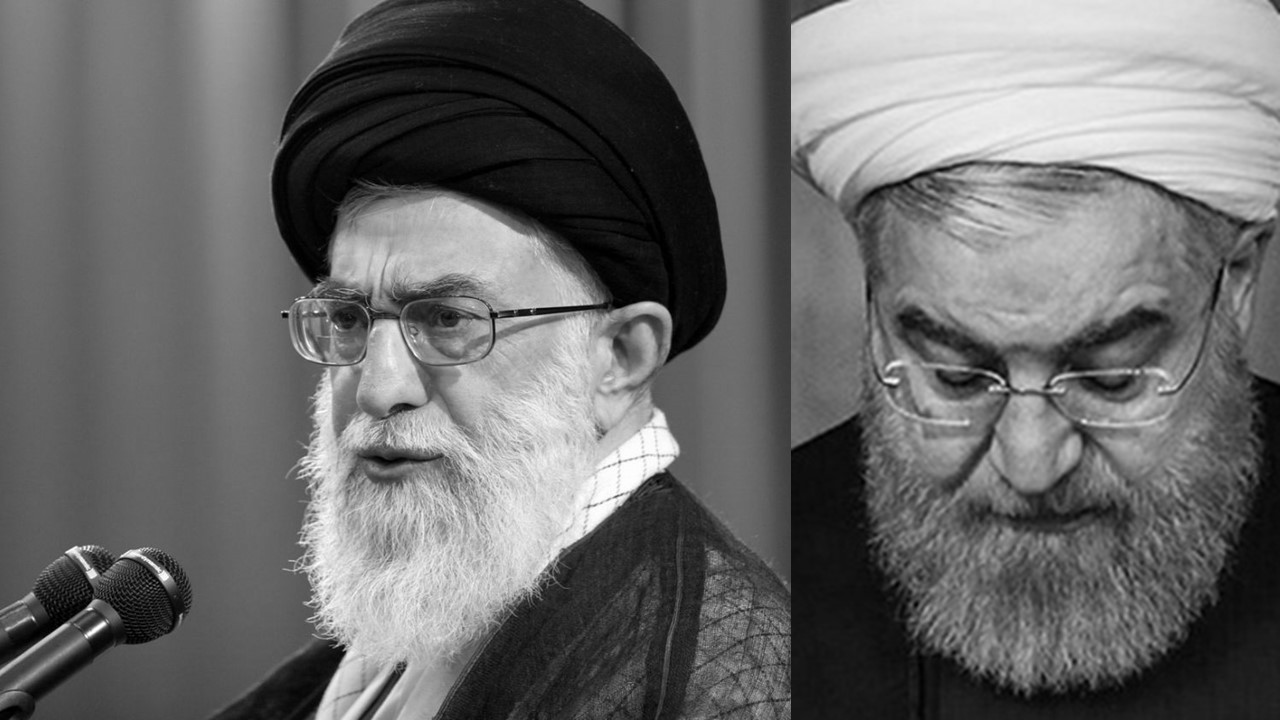 The Iranian regime’s parliamentary elections on February 21 is a serious turning point for the Iranian regime. Heavy blows to the regime such as the nationwide Iran protests, its increasing international isolation and the uprisings in Iraq and Lebanon, particularly after the elimination of Revolutionary Guards (IRGC) Quds Force Commander, Qassem Soleimani, have intensified the regime’s infightings.

As the ultimate downfall of the regime emerges, the rival factions, the so-called “Reformists,” and “Hardliners,” each try to portray their solution as the best way out for the regime and to have more share of power.

This is because the regime’s supreme leader, Ali Khamenei, doesn’t have the same hegemony over his forces, in other words, he is no longer the regime’s so-called “pillar” or center of unity; therefore, he is not able to control his regime. This situation indeed confirms the Iranian regime is taking its final breaths.

Khamenei is not even capable of accepting any difference from the rival faction, which has served the regime for years and has been the culprit in all the regime’s crimes. In this regard, he used the Guardian Council to eliminate and disqualify all the candidates close to the faction of Hassan Rouhani, the regime’s president. Rouhani, who has been a top official of the regime within the last 40 years, and became President with Khamenei’s blessing, has called this election, a “Selection”. Yet, Rouhani, just like Khamenei and other regime officials have been pleading for people to participate in this election.

There is no such thing as “elections” in Iran under the mullahs’ regime. The medieval regime ruling Iran needs to hold these carnivals to present a “democratic façade” for years.  No opposition group is allowed to be active inside Iran, and any connection with these groups, such as the People’s Mojahedin Organization of Iran (PMOI, Mujahedin-e Khalq or MEK), is punishable by death. There are only two factions within the regime. The so-called candidates should have “moral and practical” commitment to the regime’s supreme leader.

The regime’s parliament has adopted laws that further oppress the Iranian people. One of these laws is the mandatory veiling, a misogynist law that ignores women’s right and dignity. This law was adopted in 1984 and all of those who present themselves as moderates voted in its favor. In a nutshell, the laws that this parliament has ratified over the past 40 years have served and will serve no purpose other than increasing suppression, misogyny, and plunder.

Yet, despite their loyalty to the regime’s foundations and principal, the so-called “reformist” faction is facing an unprecedented elimination by the regime’s supreme leader.

Despite the threat of new wave of protests, Khamenei is poised to purge candidates of the rival faction, in order to unify his forces for more oppression. He is aware of the heavy costs of this action that will open a rift at the top of the system that could lead to social protests and an uprising. Therefore, as the state-run media reported, the Guardian Council has disqualified 90 sitting members of the parliament, some of whom have already served three terms. Candidates in 170 districts are only from Khamenei’s faction, and the main candidates of the rival faction in other districts have been eliminated such that ultimately 260 seats will automatically go to the faction most aligned with Khamenei.

In a speech on Wednesday, February 5, Khamenei presented his firm support for the Guardian Council, and it became clear that Khamenei intends to eliminate the other faction from the Parliament.

Despite this massive purge of his faction, Rouhani, who’s the best interest is to save this regime, pleaded with Iranian people to participate in the regime’s sham elections. He said: “One of our highest nationalist and religious values is to elect and the power to elect, to be able to choose a better path among several paths. There should be criticism and we should criticize. But I implore that there should not be apathy, we must not become passive. We should not stay away from the ballot box because of this act or that act. We must not stay away from the ballot and the election. Regardless of the circumstances, we must go to the ballot box…. The election and the ballot box are our saviors.” His remarks once again prove the fact that there is no such thing as reformist in the regime.

The Iranian people’s answer to this game has been clear. During the nationwide Iran protests in 2018, 2019 and 2020, they chanted: “Reformists, Hardliner, the game is over.” The Iranian people’s sacrifice of over 1500 martyrs during the November protests confirms their will for the overthrow of this regime in its entirety.

As Mrs. Maryam Rajavi, the President-elect of the National Council of Resistance of Iran (NCRI), said in her remarks at a gathering of members of the People’s Mojahedin Organization of Iran (PMOI/MEK) at Ashraf-3 in Albania, marking the anniversary of the 1979 anti-monarchic revolution in Iran: “Now, it is high time to establish an Iran free from any form of dictatorship; an Iran devoid of torture, execution, and religious and gender discrimination. The time has come to establish a republic based on the free vote of the Iranian people, based on the separation of religion and state, and based on pluralism, justice, and equality.”