NCRI – The Canadian Friends of a Democratic Iran have announced their support for the successful relocation of members of the main Iranian opposition group People’s Mojahedin Organization of Iran (PMOI or MEK) from Camp Liberty in Iraq to Europe.

The following is the text of the statement by the Canadian Friends of a Democratic Iran:

Canadian Friends of a Democratic Iran (CFDI) offers its congratulations to Mrs. Maryam Rajavi and each resident of Ashraf (later Liberty) for the great success of the Iranian resistance in achieving the safe transfer of all Camp Liberty residents from Iraq to Albania, and shares the joy of the Iranian people and the resistance in thwarting the mullah regime’s plots against the lives of residents.

CFDI offers it profound thanks and congratulations to the government and people of Albania. The homeland of Mother Teresa – now Saint Teresa- has again demonstrated its leadership and kindness on an important human dignity issue.

The transfer was long delayed because of inadequate efforts by the United Nations, Canada, the United States and other nations, thereby causing irreparable damage, including the lives of 141 residents. The transfer has also ended the nightmare of missile attacks and thwarted the mullahs’ regime in reaching its goals.

We salute all Camp Liberty residents, who, with more than a decade of resistance, provided a heroic endurance against the clerical regime and its mercenaries’ terrorist attacks and provocation in Iraq, and paved the way for the Iranian people ultimately toward freedom and democracy.

Canadian Friends of a Democratic Iran (CFDI), which has sought for years to provide protection for residents of Camps Ashraf and Liberty and to secure their rights, believes that this victory is due to the significant role of Mrs. Maryam Rajavi, president-elect of the Iranian Resistance, in leading the campaign. She lost no opportunity to bring the world’s attention to the plight of residents. She deserves much appreciation. 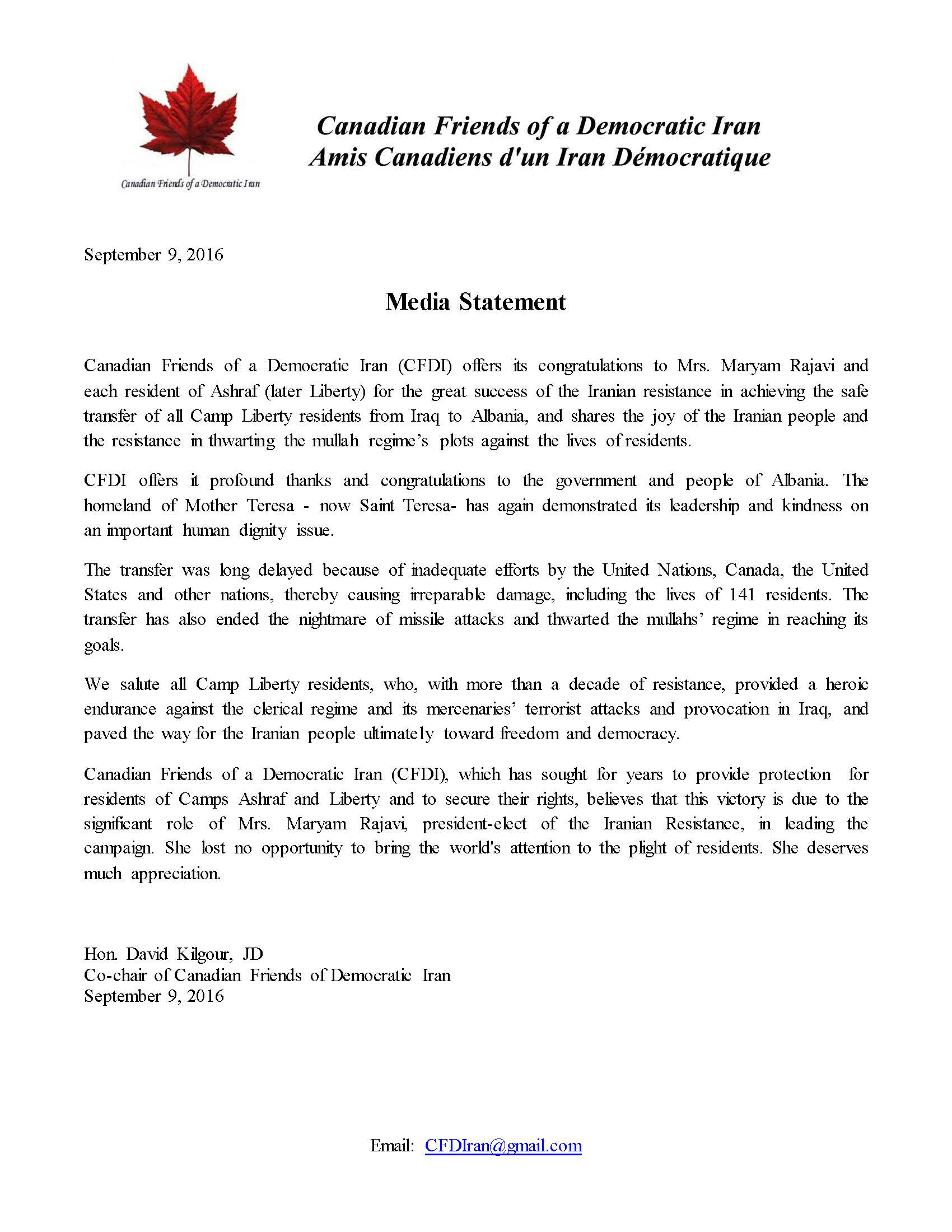