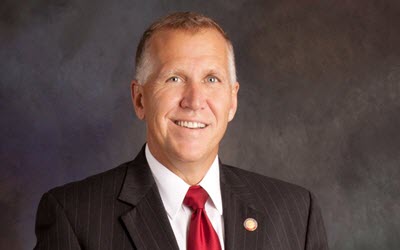 NCRI – U.S. Senator Thom Tillis has welcomed news that the remaining members of the main Iranian opposition group People’s Mojahedin Organization of Iran (PMOI or MEK) housed at Camp Liberty in Iraq have been safely relocated to Albania.

The following is the text of his statement:

Camp Liberty was a former U.S. military installation in Baghdad that housed approximately 3,000 Iranian political refugees who oppose the totalitarian Iranian regime. Despite initially working to create Camp Liberty and pledging to protect the Iranian refugees, the Obama Administration had been slow to address the camp’s security vulnerabilities. The residents of Camp Liberty were targeted in countless attacks over the last several years, resulting in the deaths of innocent men and women.

“Camp Liberty will be remembered as not only a humanitarian issue, but also a symbol of hope and courage to young people in Iran,” said Senator Tillis. “While the American government failed to live-up to its commitment to protect the brave political dissidents of Camp Liberty, I am grateful they have been safely relocated to Albania, where they will finally be safe from the attacks of Iranian-backed militias that cowardly fired upon the unarmed masses who dared to speak out against the atrocities of the Iranian regime and call for democracy in Iran.”