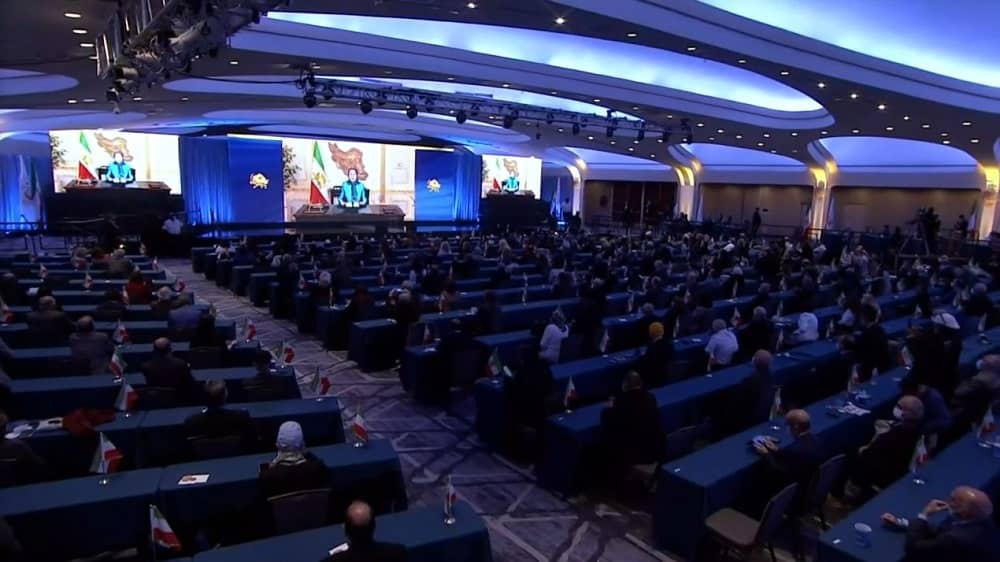 The young graduate may proudly pat himself in the back for finally exposing the MEK, but the clichéd and run-of-the-mill propaganda claims hastily copied and pasted from the Internet are the result of a late-night and last-minute Google search.

Friendly advice: Lifting sensationalist conspiracies off the Internet to promote clicks is not precisely the start of a credible career in journalism.

Indeed, Metzger’s Muck Rack profile shows that he wrote and published seven articles in less than 48 hours, meaning that he only googles and already knows what to write and gathers facts to support his preconceived ideas. There is no objectivity, no impartiality, no serious in-depth research, no talking to both sides of the divide, nothing.

What are the facts? The MEK is an all-women-led organization. Women are in key leadership positions, including the general secretariat of the organization. Their enemies, the extremist clerics ruling Iran, are defined by misogyny and enmity towards women. So, the mullahs are in a serious bind. What can they do to stop suppressed women from being inspired by brave female MEK leaders from three generations who have courageously stood up to one of the most ruthless and evil regimes in the world?

The answer is simple. Virtually every day, the misogynist mullahs, who control all the media in Iran, fabricate stories and conspiracies about the MEK to undermine their moral superiority. For example, the state-run Mashreq daily published an extensive propaganda piece in 2018 that is genuinely unfettered by reality and facts. The entire piece talks about “sexual exploitation” and even the “sterilization” of women in the MEK.

The regime’s motives are clear: To dissuade Iranian women fed up with the misogynist and fundamentalist rulers from supporting the MEK. Nevertheless, it is clearly not working.

Currently, the regime is even more desperate to undermine the MEK’s popularity and international recognition because its recently installed president, Ebrahim Raisi, was a key player in the massacre of 30,000 MEK political prisoners in 1988. One of the henchmen is currently on trial in Sweden, and most of the witnesses are MEK activists who survived the massacre. When there was even the talk of Ebrahim Raisi attending the COP26 climate summit in Scotland, he faced a lawsuit for his role in the 1988 massacre and decided it was not worth taking the risk.

Therefore, it is no surprise that the religious dictatorship in Iran has stepped up its propaganda against the MEK. It is using its Ministry of Intelligence and Security (MOIS) to spread lies and falsehoods against the organization, planting stories through “friendly journalists” in an attempt to soothe its pains and to compensate for its defeats.

An Idea That Connects Hearts in Iran and Beyond

If the article is accurate and the MEK is a “fringe group,” why should the regime worry so much? Why is the state-run press riddled with anti-MEK rants almost daily, with officials warning about the MEK’s growing appeal among young Iranians? How could one characterize a movement as a “fringe group” that resembles a “cult” despite hundreds of senior current and former officials, lawmakers, human rights advocates, and journalists have visited its MEK’s offices worldwide and its new home, Ashraf-3, in Albania?

Some of these figures include Reps. Eliot Engel (D-NY), Sheila Jackson-Lee (D-TX), the late Senator John McCain, and senators John Cornyn, Roy Blount, and Tom Tillis. In July 2019, more than 350 personalities from 47 countries visited Ashraf-3. Similarly, dozens of journalists from the United States, the UK, France, Germany, and Belgium, have visited Ashraf-3 and spoken to the residents privately.

When another MOIS “friendly journalist” regurgitated a handful of similar smears in the German publication, Der Spiegel, in February 2019, a court in Hamburg voted to censure the magazine, forcing it to remove the said allegations.