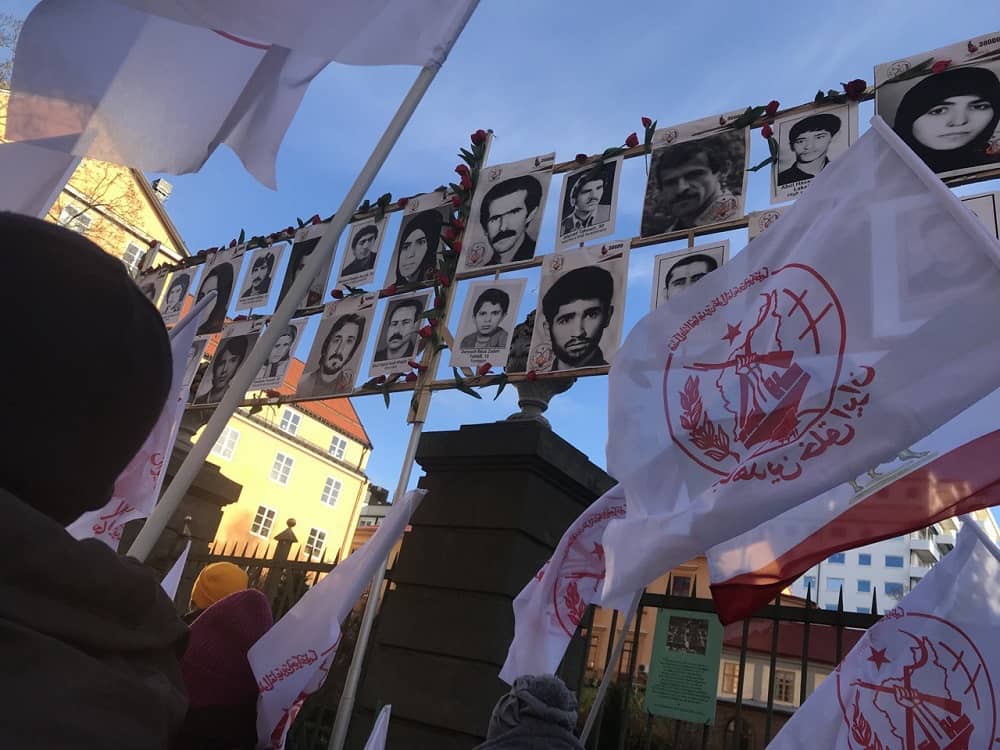 This past week, a district court in Stockholm held three sessions in which Hamid Noury, a former Iranian prison official, spoke in his own defense. Noury was arrested upon traveling to Sweden in 2019 and was later indicted for war crimes and mass murder based on evidence that he participated in a massacre of political prisoners during the summer of 1988. Since proceedings in his case began in August, the court has heard from more than 20 eyewitnesses to that crime against humanity, including seven who reside in Albania at a compound established by the People’s Mojahedin Organization of Iran (PMOI/MEK).

Prosecutors requested that the trial be temporarily relocated to Albania earlier in November, in consideration of that testimony’s importance. The MEK is the leading voice for a democratic alternative to Iran’s theocratic dictatorship, and in 1988 it was the main target of the nationwide massacre, having been singled out by the underlying fatwa issued by then-Supreme Leader Ruhollah Khomeini. That fatwa declared all supporters of the MEK to be inherently guilty of “enmity against God,” and Khomeini followed up on this by instructing officials to “annihilate the enemies of Islam [regime] immediately.”

On the basis of that order, several committees were formed in cities across Iran which came to be known as “death commissions.” The first of these, in Tehran, held jurisdiction over Evin and Gohardasht Prisons, with the latter being the facility at which Noury was working at the time of the massacre. Former inmates at each of these prisons recall their fellows being taken to the “death hall” and then to the gallows in groups of a dozen or more. The Tehran death commission helped to set a pace of execution that would ultimately lead to 30,000 people being hanged and buried in secret mass graves over the course of about three months across Iran.

In his defense statements, Noury claimed to have been on leave during the summer in question, and he also asserted that “there is no prison called Gohardasht.” These claims were, of course, contradicted in advance by each of the other witnesses, most of whom recalled direct dealings with Noury as he ordered them from their cells, led them before the death commission, and separated prisoners into groups based on the commission’s judgement. Some also recalled Noury being present in the room or even directly participating in torture sessions at Gohardasht in the run-up to the mass executions.

Formal testimony to this effect has been strengthened over the past several months by numerous public statements from expatriates, former political prisoners, and relatives of the massacre’s victims who were not able to participate in the trial themselves. In total, the Noury trial is expected to last more than eight months, but naturally there are limits to the number of witnesses who can be heard. However, gatherings outside the Stockholm court make it clear that there are hundreds of other people who would eagerly testify against Noury or against any other major participant in the 1988 massacre.

The same message was conveyed by similar gatherings outside the court in Durres during the temporary change of venue. While trial sessions at that court were still being ongoing, the PMOI compound Ashraf 3 played host to a large-scale conference on the massacre and its legacy, featuring speeches from a dozen former political prisoners, with one thousand other former political prisoners in attendance. That conference mirrored a number of previous events organized by the National Council of Resistance of Iran, following the revelation earlier this year that Ebrahim Raisi would be the next president of the regime.

Raisi formally took office in August, leaving behind the position of judiciary chief, to which he had been appointed in 2019. In that prior role, Raisi oversaw major elements of a crackdown on dissent which developed in response to a nationwide uprising. In November 2019, over 1,500 Iranians were killed during several days of protests, and Raisi’s judiciary began to systematically torture arrestees, and continued to do so for several months. The severity of this violence came as little surprise to those familiar with Raisi’s background, which includes a leading role in the 1988 massacre, as one of four officials on the Tehran death commission.

Although Noury futilely denied his own role and even denied that the massacre took place at all, he also took advantage of the latest trial sessions in order to reference Raisi’s presidency and praise leading regime authorities. This decision conveys much the same embrace of the massacre’s legacy as Supreme Leader Ali Khamenei conveyed when he appointed Raisi to head the judiciary, then selected him as the regime’s president.

November 26 – Stockholm
Freedom-loving Iranians and supporters of the #Iran opposition PMOI/MEK call for the prosecution and accountability of Iranian regime officials involved in the summer #1988Massacre.#ProsecuteRaisiNOW

Raisi himself has not denied his role in the massacre, being ostensibly protected from legal consequence while inside Iran’s borders. However, recent attention to that crime against humanity has made it imperative for Raisi to remain there and to avoid traveling abroad, or at least to any Western nation, on presidential business. In fact, he has already passed on opportunities to attend the UN General Assembly and the COP26 climate change conference. In the latter case, the prospect of his attendance was met by formal calls for Scottish authorities to arrest him and initiate an investigation into past human rights abuses.

When Noury was arrested in 2019, Swedish authorities cited the principle of universal jurisdiction to explain that any nation has legal authority to initiate prosecution for serious violations of international law, even if the crimes in question took place somewhere else entirely. It is increasingly apparent that Noury will be convicted as a result of such prosecution in April, and when that happens, it will underscore the viability of universal jurisdiction as a tool to be used against other participants in the same crime against humanity, even if they occupy offices at the highest levels of the Iranian regime.