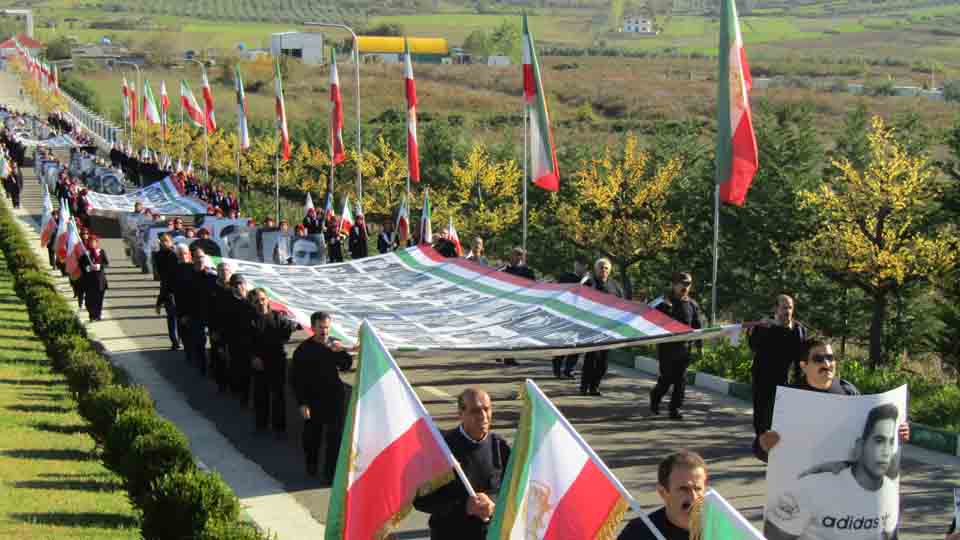 This past week marked the anniversary of a major uprising against Iran’s theocratic dictatorship. Although the protest movement was oppressed following the deaths of over 1,500 protesters, the uprising still inspired widespread optimism about the prospects of that regime’s collapse and the people’s establishment of a democratic system in its place.

We pay tribute to 1,500 martyrs of November 2019, each and every one of whom were admirable symbols of the Iranian people’s resolve to attain freedom.#IranProtests #Iran pic.twitter.com/kW3bC4QUbZ

This prospect was celebrated on November 10 by the National Council of Resistance of Iran, with an online conference that also commemorated the protests’ martyrs and urged the international community to support the Iranian people’s desire for freedom and democracy.

The moral imperative for that support is only made clearer by the death toll from the regime’s crackdown on that uprising. This in turn fits into a much larger pattern of repression, which has killed more than 120,000 pro-democracy activists during the mullahs’ four decades in power.

As they looked back on the history of conflict between Iran’s regime and people, participants in the NCRI’s last Tuesday’s conference raised serious questions about why so many democratic countries have tended toward policies that entail “appeasement” of such a brutal and anti-democratic system. In fact, the international community’s past inaction has emboldened the regime in oppressing people and has created a sense of impunity within that regime.

Ingrid Betancourt, a former Colombian presidential candidate said that countries throughout the world must develop an “understanding that what’s happening in Iran has consequences in our daily lives.” Those consequences are manifold and include diminished international security as well as harm to Western policymakers’ historical reputations as global defenders of human rights.


Another speaker at Tuesday’s conference pointed to some of the roots of that reputation in order to emphasize that many countries were specifically turning a blind eye to Iran’s human rights abuses even though they had not done so with abuses that came from other repressive regimes. Zamaswazi Dlamini-Mandela said that the current struggle of the Iranian Resistance reminded her of that which her grandparents, Winnie and Nelson Mandela, faced during the apartheid era in South Africa. But whereas the South African received support from the international community in the form of boycotts and diplomatic isolation, the Iranian people have heard little response from their appeals for the same.

Dlamini-Mandela made it clear that she saw no basis for such differences in the global response to each of the two regimes. In fact, she explicitly urged the international community to “look to what solutions are required to ensure that the people of all nations have equal access to the most basic human rights.” She then went on to say, “Now is the time to act against the many crimes against humanity that have become normalized in Iran.”


This latter comment hinted at the fact that the Iranian regime’s worst activities have become normalized largely because the international community has granted it impunity. This stands in stark contrast to the international response to situations like apartheid. Although it still took time for the South African regime to collapse and reform after foreign pressure was applied, that pressure at least made it clear to everyone that the system of racial segregation would never be tolerated. No such message has been delivered to the Iranian regime, and the silence has made the mullahs believe that they can launch foreign attacks in defense of their repressive system, and still no face serious consequences on the world stage.

This was the subtext of an attempted Iranian terror attack near Paris in June 2018. Had it been successful, the bomb plot might have killed any number of the tens of thousands of attendees at a global gathering of NCRI, including NCRI’s president-elect Mrs. Maryam Rajavi and hundreds of political dignitaries from the US, Europe, and throughout the world. The mastermind of that plot, a high-ranking Iranian diplomat-terrorist, is scheduled to stand trial on November 27, but the regime itself has faced no clear consequences. The situation is emblematic of Ms. Betancourt’s warning the Western world’s own interests are threatened by the Iranian regime’s impunity.

That warning gave way, in Betancourt’s speech, to the insistence that people from all democratic nations and all political affiliations are “bound together,” along with the Iranian people, in the “quest for justice and freedom” that the NCRI marked last Tuesday. Similarly, Dlamini-Mandela concluded her remarks at that same event by saying, “As a global village, we are each responsible to stand up and stand together with the people of Iran in their fight against oppression.”

That fight has already resulted in a great deal of bloodshed, and there is surely more to come. But economic and diplomatic pressure on the clerical regime can certainly help to minimize this effect, and it can do so without putting Western citizens or resources at risk. In fact, the much greater risk will surely come from standing on the sidelines. In the first place, it will embolden the regime to pursue its terrorism abroad. And in the second place, it will seriously undermine the democratic and humanitarian principles of all free nations.

Thus, it is imperative to hold the Iranian regime’s to account for its crimes and support the Iranian people’s right to resistance and overthrow of the regime.