Iran’s Lobbies and Their Influence Campaign in U.S. and Europe 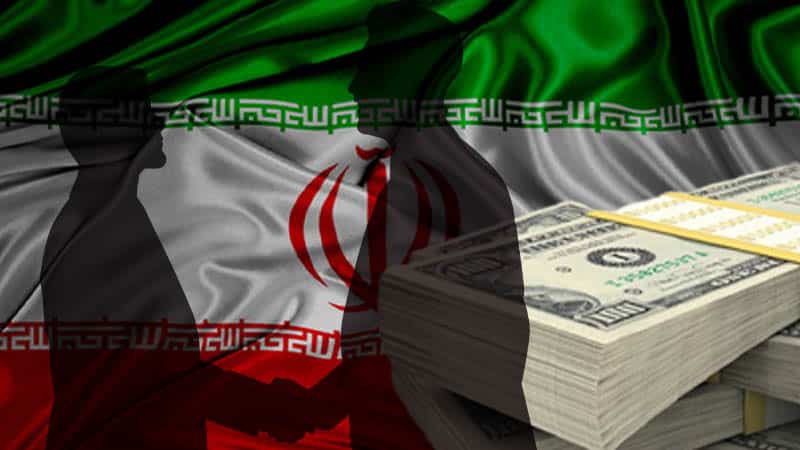 It has been more than two months since legal proceedings began in the U.S. for Kaveh Loftolah Afrasiabi, the Massachusetts political scientist who spent more than a decade presenting himself to lawmakers and media outlets as an independent analyst on Iranian affairs before coming under suspicion of violating the Foreign Assets Registration Act. Although he is now facing the possibility of substantial prison time and financial penalties, Afrasiabi’s case represents a much larger phenomenon that has yet to receive proper attention from those individuals and institutions that are the targets of Iranian influence campaigns.

Unless this situation changes, other established figures in those campaigns will surely continue to operate more or less freely in the United States and Europe. And although their efforts will not always be successful, their continued presence in Washington lobbies and Western media will no doubt muddy the waters of Iran policy and make it harder for lawmakers to draw conclusions based on an objective understanding of Iranian affairs, free from the clerical regime’s influence.

Sadly, that influence has made significant inroads over the course of four decades and may even deserve some of the credit for the theocratic system’s survival up to this point. That system is and always has been deeply unpopular, as evidenced by nationwide uprisings in recent years, which featured slogans like “death to the dictator” and explicitly rejected both the “hardline” and the “reformist” factions of the regime.

In the midst of the first such uprising in January 2018, Iranian regime’s Supreme Leader Ali Khamenei acknowledged that the protest movement was primarily led by the People’s Mojahedin Organization of Iran (PMOI-MEK), the leading pro-democracy opposition group and the main target of a massacre of political prisoners in the summer of 1988. In a testament to the early success of the Iranian regime’s Western lobbies, that massacre went largely ignored by Western politicians and journalists who had effectively been trained to fear any policies or public statements that might alienate the “reformists” within the ruling system.

Not content to simply promote narratives about the Iranian regime’s pending moderation, the same lobbyists and influence-peddlers also made a point of spreading defamatory talking points about the MEK, portraying its members as extremists and cultists that have no popular support inside Iran. The goal was to apply this notion that the Iranian regime has no viable alternative.

With their embrace of MEK slogans and talking points, the January 2018 uprising and its even larger sequel in November 2019 have shown that the effects of early disinformation are fading. Iranians have fewer reasons to believe that when push comes to shove, the international community will side with the clerical regime instead of the organized opposition. Unfortunately, though, we have not yet reached a point where those people have no reason to be suspicious of the Western outlook. And we never will reach that point as long as Tehran still has recognizable opportunities to spread talking points in its own favor and against groups like the MEK.

The MEK itself is challenging Tehran’s influence operations, along with the National Council of Resistance of Iran (NCRI). And they are having substantial success, as evidenced by two separate court cases in Germany, which resulted in the removal of published content that could be traced back to the Iranian Ministry of Intelligence and Security. Yet the underlying operations cannot be dismantled in this piecemeal fashion. They must be removed at their root by naming and shaming participants in Iranian influence campaigns and prosecuting them when appropriate.

In the midst of Afrasiabi’s prosecution, more U.S. lawmakers are beginning to see the value in this. New Mexico Representative Yvette Herrell and eight colleagues recently presented the Department of Justice with a letter urging investigations that aim to identify and prosecute anyone who may be receiving payment in exchange for dissemination of Iranian talking points in the U.S. If the DOJ acts upon this advice, as it should, there are some fairly obvious starting points for such an investigation. In fact, three Senators already pointed to one of those starting points in January 2012 when they signed their own letter to the DOJ, specifically naming the National Iranian American Council and its co-founder Trita Parsi as likely violators of FARA regulations.

“NIAC’s innocuous public branding masks troubling behavior,” the earlier letter said before listing several concrete examples, including publications that blame U.S. foreign policy for Iran-backed attacks on American forces and institutions in Iraq. “NIAC’s relationship with the Iranian regime and its role amplifying regime propaganda in the United States have been the subject of discussion in Washington D.C. for years,” the letter added.

NIAC is not alone in this regard. Critics of the Iranian regime have highlighted, for instance, the activities of Princeton scholar Seyed Hossein Mousavian and the husband-and-wife pair of so-called counterterrorism analysts Massoud Khodabandeh and Ann Singleton as persons who have wielded influence over Western media narratives despite having firmly established ties to the Iranian regime.

“Seyed Hossein Mousavian is an ex-Iranian diplomat whose tenure in Germany coincided with the regime’s assassination of four dissidents on German soil. Yet, he currently lives in comfort in the United States. Does he belong here? That’s the question raised by a number of prominent Iranian-Americans in a recent letter to Attorney General Bill Barr.” a piece in New York Post wrote on Jan 1, 2020.

Khodabandeh and Singleton are examples of a more surreptitious method of promoting Iranian talking points, but their service to the regime is no less clear today than that of Mousavian or Parsi. In fact, the Federal Research Division of the Library of Congress confirmed in a report more than eight years ago that the recruitment of this husband-and-wife team “provides a relevant example of how MOIS coerces non-Iranians to cooperate” in a global disinformation campaign.

Since the start of their cooperation with the regime, the pair has made a lucrative career of conveying regime talking points through interviews and published articles. For them, as for Mousavian, Parsi, access to mainstream Western media outlets has remained far-reaching despite their ties with Tehran being scrutinized in certain circles for years.

As it has been said many times so far as the appeasement policy of the West continues, it will open the path for Iran’s lobbies, and as long as Iranian propaganda remains in circulation among Western media outlets, they will continue to paint a rosy picture of the regime and its grave violation of Human rights at home, and its terrorist activities abroad. And now their mandate is to push the U.S. administration to unconditionally reenter to Iran deal and appease the mullahs’ regime.