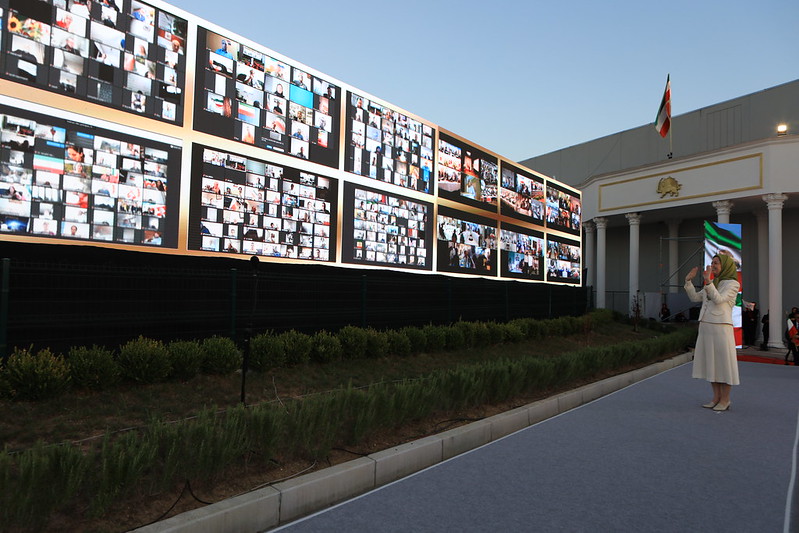 On Saturday, The People’s Mojahedin Organization of Iran (PMOI/MEK) marked the 55th anniversary of its founding. The MEK played a substantial role in the effort to overthrow the dictatorship of Shah Mohammad Reza Pahlavi, and soon opposed the theocratic leadership that hijacked the 1979 revolution. Since then, the MEK has been recognized as the greatest threat to the clerical regime’s hold on power. And that threat has grown considerably in recent years, with the MEK playing a leading role in Iranian people’s quest for freedom.

This struggle once again was given a global platform on Saturday when the MEK hosted an online conference to celebrate its anniversary and highlight the growing social influence and organizational power of the Resistance movement inside Iran. The event featured speeches from representatives of Iranian expatriate communities spanning the globe, plus recorded messages from those working toward the mullahs’ overthrow as part of “Resistance Units” on the streets of various Iranian cities and towns.

Those dissidents took on new prominence at the end of 2017, when economic protests in the city of Mashhad began to spread across the country while taking on a much broader political message – one that left little question about the popular embrace of demands for regime change and democratic governance. The 2017 protests quickly morphed into a nationwide uprising that lasted through much of January 2018. That in turn sparked what Mrs. Maryam Rajavi, the President-elect of the National Council of Resistance of Iran (NCRI) called a “year full of uprisings.”

None other than the regime’s Supreme Leader Ali Khamenei confirmed that the regime intended to hold the MEK responsible for the protests’ transformation. He said the MEK, had “planned for months” to organize geographically diverse activities and to popularize the slogans that came to define the January uprising and countless subsequent protests including a second uprising in November 2019. Among those slogans were the phrases “death to the dictator” and “death to Rouhani,” referring to the regime’s supreme leader and the president, respectively. Protesters also name-checked the regime’s political factions– “principlists” and “reformists” – in order to say that “the game is over” and the Iranian people demand another alternative.

The MEK’s leading role in the 2018 and 2019 uprisings makes it clear what is the alternative to the regime. And Saturday’s conference served to repeat that message for the of an international community that has long assumed the mullahs’ hold on power was virtually unchallenged. Unfortunately, that assumption can be traced back to propaganda coming straight from the Iranian Ministry of Intelligence. But by acknowledging the PMOI’s recent role, Khamenei himself contradicted the propaganda that his own regime has been pushing on the world for 40 years.

At the beginning of the current Iranian calendar year, Khamenei gave a speech to his Basiji thugs, posing as students, in which he made it clear that the social influence of the PMOI was a persistent concern. The speech advised Basijis to help counter the MEK’s message whenever domestic unrest flared up, lest protests begin to be recognized internationally as rejecting the clerical dictatorship in its entirety. On one hand, this appeal stands as still further evidence of the regime’s vulnerability in the face of PMOI and the nationwide protests. But on the other hand, it is a warning about the repression that may be yet to come, considering that the most recent uprising already resulted in what may have been the worst crackdown on dissent in decades.

In reporting on that unrest, Amnesty International noted that the Islamic Revolutionary Guard Corps (IRGC) had responded with live ammunition, shooting to kill. Soon the PMOI placed the number of deaths at about 1,500, with 12,000 arrests setting the stage for even more deaths by hanging, torture, or medical neglect. Saturday’s conference highlighted the number of cases that are still pending for participants in the 2019 uprising and various preceding protests, and it appealed for international help in keeping those people from serious harm.

Some speakers used the conference as an opportunity to keep attention focused on the story of Navid Afkari, an Iranian wrestling champion who has been sentenced to death for his participation in a protest in the city of Kazerun in August 2018. Days before the conference, nearly 50 Iranian professional athletes signed a letter to international sports authorities and the United Nations which suggested that Afkari was particular risk of speedy execution because “the regime in Iran cannot tolerate popular figures” who express dissent, and intends to use their deaths as a warning to ordinary citizens.

By the same token, the Iranian Resistance believes that it would be a meaningful symbol of the regime’s vulnerability if the international community helped to save Afkari from the gallows. Mrs. Rajavi even hinted that this might strike a blow against the sense of impunity that Tehran has developed with respect to domestic human rights violations. His cry for justice, she said in a statement, “is the cry of thousands upon thousands of political prisoners who were either martyred under torture or executed” during various periods of unrest and conflict between the regime and people.

Participants in Saturday’s conference emphasized the relevant unrest had almost invariably been led by the PMOI, which has in turn lost over 120,000 members to the cause over the years. Yet they also emphasized that this death toll has done nothing to diminish the PMOI’s strength over the long term. And the two recent uprisings, with countless intervening protests, strongly imply that the MEK’s strength is greater now than it has been at virtually any time in the past.

“It is not without reason that the regime’s leaders constantly warn of the expansion of popular support for the MEK and the role played by the MEK’s Resistance Units in organizing the uprising and the anti-government protests. The mullahs know better than anyone else that they have been defeated in every aspect of the face-off against the MEK and that the day is not far until the Iranian people will rise up and topple them.”

But conference participants also seemed to acknowledge that that day would be even closer if not for the world’s silence on the Iranian Resistance. Thus, their joint statement on Saturday declared: “The international community must recognize the right of the Iranian people to fight against religious fascism and to establish democracy and the rule of the people in Iran. Supporting the MEK and [its] Resistance Units… is the national duty of anyone who is committed to the freedom of Iran.”

Previous articleIran News in Brief – September 10, 2020
Next articleIn Iran, a Third Uprising Looms in the Wake of a Mismanaged Coronavirus Response