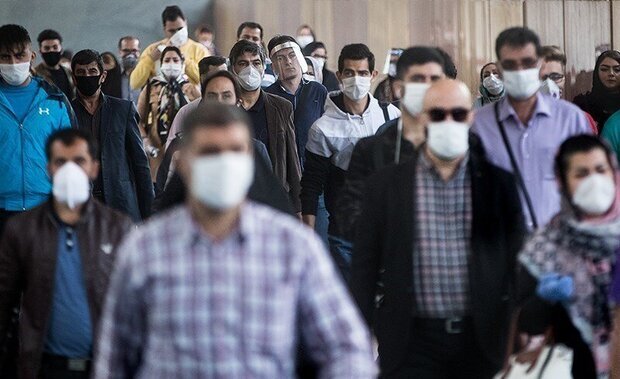 Iran was the site of persistent unrest for more than two years, from the end of 2017 until the beginning of 2020. The coronavirus pandemic has naturally put widespread public demonstrations on pause, but there seems to be a good deal of consensus that it is only a pause. In fact, the Iranian regime’s mishandling of the coronavirus is arguably poised to fuel even more intense and far-reaching expressions of dissent soon, especially if alternative mortality estimates reach a large Iranian audience.

On Monday, the regime’s Health Ministry placed the death toll at just over 22,400, after acknowledging numerous daily increases of more than 100. But reports tallied by People’s Mojahedin Organization of Iran (PMOI/MEK) confirms that the death toll is climbing even more quickly than that, and that Covid-19 was ravaging the country for as long as two months before the regime even acknowledged the virus posed a serious risk. Drawing upon leaked hospital records and other documents, plus eyewitness testimony from throughout the country, the MEK and the National Council of Resistance of Iran announced that Iranian casualties from the pandemic surpassed 100,900 on Wednesday.

More than 100,900 people have died of the novel #coronavirus in 427 cities checkered across all of Iran's 31 provinces, according to the Iranian opposition PMOI/MEK.

On its own, this figure goes a long way toward exposing the regime’s incompetence in the face of major threats to public health and welfare. It also highlights that regime’s self-serving priorities, given that the death toll is largely attributable to the official cover-up of early cases, and to the government’s refusal to implement a serious lockdown or to provide financial support that might help the people to maintain social distancing while the health system countered the disease.

Understood in a broader context, the 100,900 coronavirus-related deaths signify the further degradation of societal conditions that resulted in two nationwide uprisings and countless smaller-scale protests.

In the final days of 2017, economic discontent prompted a demonstration in the city of Mashhad which immediately began to spread to surrounding localities. By the first week of January 2018, protests could be observed in more than 100 cities and towns, where participants attributed their hardships to the structure of the regime itself, and chanted slogans like “down with the dictator” to clarify their support for regime change.

The regime’s Supreme Leader Ali Khamenei responded to the unrest by breaking with three decades of regime propaganda in order to acknowledge that the MEK was the primary driving force behind the protests and slogans. Since then, he and various other officials have repeatedly made remarks warning one another about the growth of MEK influence and the related potential for additional uprisings.

Their concerns were further validated by the ongoing efforts of MEK “Resistance Units” inside Iran. In the aftermath of the January 2018 uprising, NCRI’s President-elect, Mrs. Maryam Rajavi urged Iran’s activist community to turn the rest of that year into “a year full of uprisings.” Iranian people’s demonstrations in various localities, which kept the provocative anti-government slogans in mainstream circulation, were positive answer to this call.

This ultimately set the stage for a sequel to the initial uprising. Nationwide protests in November 2019 proved to be even more spontaneous and more geographically and demographically diverse. No doubt guided by their own warnings about such an uprising, regime authorities responded to its emergence by dispatching the Revolutionary Guard to open fire on protests and shoot to kill. In a matter of only a few days, 1,500 peaceful demonstrators were killed and 12,000 were arrested. Many now face the threat of execution on national security charges, or permanent injury because of prisoner abuse.

Yet not even the death toll and ensuing threats proved sufficient to prevent further unrest. In January, two months after the second uprising, student activists in several provinces staged protests against the regime’s attempted cover-up of the IRGC missile strike that brought down Ukraine International Airlines Flight 752, killing everyone onboard. The public reaction to that incident is arguably a sign of a looming uprising to come, with the Resistance Units ongoing activities, which are challenging the simultaneous risks posed by the regime’s crackdowns on dissent and the regime’s desperate attempt to use COVID-19 for spreading fear and despair among people.

If hundreds of thousands of Iranians were visibly outraged over the concealment of 176 deaths, one can imagine how much more unrest will emerge from Tehran’s effort to cover up the deaths of over 100,000 of people inside Iran while it was preventable. Certainly, the regime itself seems quite capable of imagining this, and appears to be ramping up the threat of retaliation in an effort to forestall the next clash between authorities and the Resistance.

Part of this effort has focused on the pending execution of figures whose national popularity threatens to inspire more public unrest. The champion wrestler Navid Afkari has made international headlines over the past two weeks as advocates have warned about the potential for him to be killed as a scapegoat for the regime. Though he was handed a capital sentence for killing a security guard, his conviction was based on a confession that was obtained via torture, and many the actual basis for his death sentence is his participation in one of the protests that comprised the “year full of uprisings.”

#Iran: World Community Can Stop Further Executions in Iran by Helping Navid Afkari and Holding the Regime To Account for Its Past Crimes#SaveNavidAfkari#StopExecutionsInIranhttps://t.co/SKHUnLA3ZL pic.twitter.com/gHctGoFQyi

Several other activists have also received death sentences in connection with the 2019 uprising, and the various intervening protests. But it’s not clear whether officials actually have much confidence in their ability to prevent the next uprising by these means. Neither is it clear that they generally believe the regime will be able to manage such an uprising once it emerges.

“The current situation of the Iranian society is intolerable, and every day the people distance themselves more from the establishment,” said Iranian Member of Parliament Hashem Harrisi in a state media interview on June 29. “The situation is very fragile, and we cannot sit and watch the establishment die.”

Though this warning is now well over two months old, neither Harrisi nor any other of the Iranian regime’s official has offered a concrete plan for how the death of the establishment might be prevented. One government employed sociologist, Amanollah Gharayi Moghadam, said in an August 1 interview that the regime would have to find some way to “handle people’s despair regarding economic problems” that were life-threatening even before the coronavirus pandemic. But to do so, the regime’s top officials, such as Khamenei would have to drastically restructure the priorities that resulted in them providing virtually no assistance to the public as 100,000 of their countrymen died. This means ending oppression and export terrorism. But the Iranian regime is based on domestic oppression and export of terrorism and chaos abroad. Thus, stopping it, will result in the regime’s rapid collapse.

Moghadam went on to suggest that in absence of this change, the regime will be facing its overthrow. But as far as the Iranian people are concerned, this is the only thing that could possibly bring about the necessary changes, or halt the nationwide pattern of human rights abuses. And fortunately for them, the regime’s overthrow has been looking more and more imminent as one uprising gave rise to another, and the existence of the MEK and its Resistance Units to fulfill people’s long dream of democracy and a “Free Iran.”