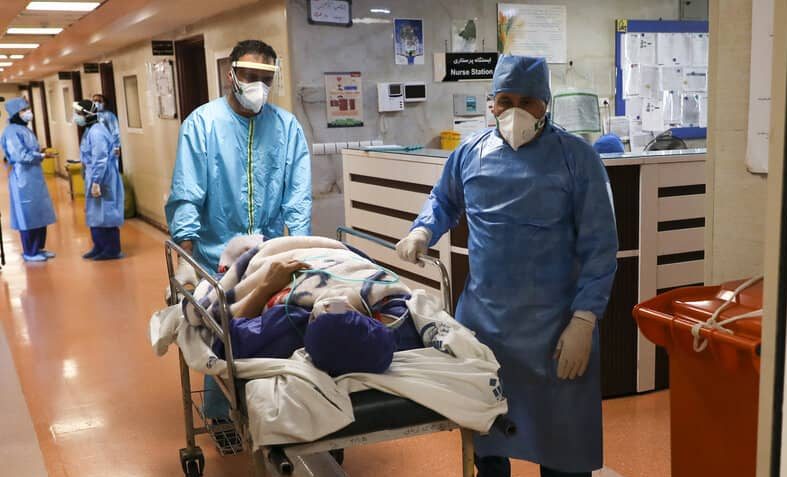 Iran: Fifteen Years in Prison, Confiscation of House and Property and Disintegration of a Family on Charges of Supporting the MEK

Hassan Sadeghi and his wife, Fatemeh Mosanna, were arrested along with their two children on January 28, 2013, by the Iranian regime’s security forces in Tehran, at a family ceremony for their father’s funeral. Their daughter was released three days later, and their underage son was released from prison after about a month and a half.

David Jones, British MP, former Secretary of State for Wales, on August 22, 2020 addressed a webinar on the 1988 massacre in Iran.
Survivors of Iran’s 1988 massacre of political prisoners, international legal experts, and human rights and political dignitaries held a webinar on August 22, 2020 appealing to the United Nations and its Member States to carry out an independent investigation into the massacre.
Following a fatwa handed down by the Iranian regime’s Supreme Leader Ruhollah Khomeini in mid-July 1988, ‘Death Commissions’ were set up in prisons across Iran that sent thousands of political prisoners to their deaths.
More than 30,000 political prisoners, mostly affiliated with the People’s Mojahedin Organization of Iran (PMOI or MEK), were secretly mass executed over several months after mock trials lasting just five minutes. Their corpses were doused with disinfectant, packed in refrigerated trucks, and buried at night in mass graves across the country.

Protests in three cities of Iran

Protests in three cities of #Iran

Workers of the Haft Tappeh Sugarcane Company on Monday, August 24, continued their protests and strike for the 71st day in Shush, Khuzestan province, southwest Iran

Workers of the Haft Tappeh Sugarcane Company on Monday, August 24, continued their protests and strike for the 71st day in Shush, Khuzestan province, southwest Iran.#IranProtests#اعتراضات_سراسری pic.twitter.com/64F8euNMgg

Anger over the Iranian regime’s destructive meddling in Iraq increases as protesters stormed various sites associated to numerous Iran-backed militia groups in the city of Nasiriyah on Saturday and Sunday, August 22 and 23. The protesters targeted several buildings belonging to the Badr Corps, the Asa’ib Ahl al-Haq, the Hekmah group and the Dawa Party that is associated directly to former Iraqi prime minister Nouri al-Maliki who, known for his very close relations to the mullahs’ regime in Tehran.

Iraqi protesters then rallied in a square located in the city’s southern areas to celebrate their success in cleansing their city of the various groups and militias associated directly to Iran’s Revolutionary Guards (IRGC) Quds Force. Many were seen chanting slogans emphasizing on continuing this uprising until all their objectives have been met.

Iran: The Fourth Week of Oil, Gas and Petrochemical Workers Strike in 55 Centers in 24 Cities of 12 Provinces

Workers of oil, gas, petrochemical refineries, and power plants in different cities across Iran continued their strike for the 23rd day running. Workers’ strikes are taking place in 55 centers in 24 cities in 12 provinces, and more workers are joining the strike every day.

Iranian Resistance calls on the UN and international human rights organizations for urgent action to save the life of Kurdish political prisoner Mohi’edin Ebrahimi from an imminent execution.#Iran#HumanRights pic.twitter.com/kSC9dTLVYM

Political prisoner Fatemeh Mosanna was taken to Taleghani Hospital in Tehran on Wednesday, August 19, 2020, after going unconscious in the women’s ward of Evin Prison. Her hands and feet are cuffed to the hospital bed since that day. She is denied from being visited by her children and relatives.

Ms. Mosanna’s children referred to the Taleghani Hospital to see their mother, but they have not yet managed to visit her. They have been told that their mother is tied to her bed, on the orders of Amin Vaziri, the special prosecutor for political prisoners.

The Washington Times –  Newt Gingrich – Former Speaker of the U.S. House of Representatives: Race to openness and prosperity

“I want you to know that you have my support for continuing to do everything we can to help the Iranian people achieve the future they deserve.”

“I want you to know that you have my support for continuing to do everything we can to help the Iranian people achieve the future they deserve.” @newtgingrich @iran_policy #Iran #FreeIran2020 #sponsored https://t.co/zr3ujNEh0o

“On that basis, the Iranian regime is well past its sell-by date.”

“On that basis, the Iranian regime is well past its sell-by date.” Struan Stevenson #FreeIran2020 #Iran @iran_policy #sponsored https://t.co/tvV1GpuqIi

The United Nations General Assembly will be held in September. One of the current important global topics, is Iran. As the Middle East and the international community suffer from terrorism and human rights abuses, forming a united front against the mullahs’ regime, the largest state sponsor of terrorism and the record holder of execution per capita, is urgent.

Monday, August 24, 2020, marks the 282nd day since the beginning of the nationwide Iran protests.

Previous articleIran: The Fourth Week of Oil, Gas and Petrochemical Workers Strike in 55 Centers in 24 Cities of 12 Provinces
Next articleIranian Porters Victims of Oppression and Poverty: 24 Killed in 5 Months

THE CONTENT OF THIS PAGE WILL BE UPDATED WITH THE LATEST NEWS UPDATE: 2:00 PM CET Iran: Nationwide and widespread protests by Retirees in 22 cities On...
Read more
Iran News Now

THE CONTENT OF THIS PAGE WILL BE UPDATED WITH THE LATEST NEWS UPDATE: 10:00 PM CET Amnesty International: Mohammad Hassan Rezaiee is hours away from execution https://twitter.com/AmnestyIran/status/1344318039941132289 UPDATE:...
Read more
Iran News Now

THE CONTENT OF THIS PAGE WILL BE UPDATED WITH THE LATEST NEWS UPDATE: 4:00 PM CET Tehran - Health workers at Iran's Medical Sciences Universities gathered...
Read more