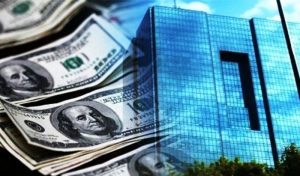 Abdolnaser Hemati, the Iranian regime’s Central Bank President, acknowledged that rising prices of goods and the inflation rate is due to the regime’s wrong economic policies.

In his personal Instagram account, while pointing out that increasing prices is not just due to the monetary base and liquidity growth, Hemati wrote: “Purchasing part of the currency’s resources of the National Development Fund to cover the budget deficit by the Central Bank (as mandated in this year’s budget) in the case of sanctions is to cover the budget deficit from the monetary base. In the short term, this would be like borrowing from the Central Bank.”
Read more 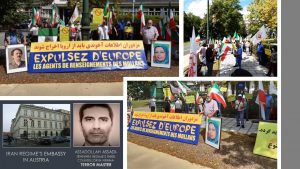 Iranians, supporters of the People’s Mojahedin Organization of Iran (PMOI/MEK) and the National Council of Resistance of Iran (NCRI), held a protest rally on August 1 in Brussels, Belgium in front of the regime’s embassy, and condemned the Iranian regime’s terrorism.

The demonstration by the MEK supporters was held a few days after the second trial of the Iranian regime’s diplomat-terrorist Assadollah Assadi. Assadi was arrested in July 1, 2018, along with his three accomplices, while attempting to bomb the NCRI’s annual “Free Iran” gathering in Paris.
Read more 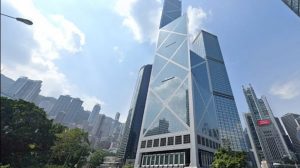 Majid-reza Hariri, head of the Iran-China Chamber of Commerce, has made startling remarks recently about the economic crises engulfing the mullahs’ regime ruling Iran. “Currently we practically have no bank transactions with Russia and China. If an individual with an Iranian passport seeks banking services in these countries, they will be turned down and refused,” Hariri explained, according to an August 2 piece published in the state-run Tejarat News website.

Bus drivers are holding a rally demanding their delayed insurance pensions & protesting the regime’s refusal to provide support following a severe decrease in revenue due to Covid-19. 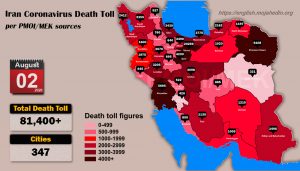 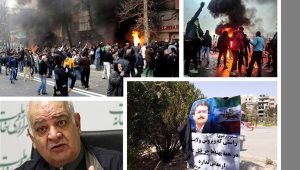 Iranian regime insiders and experts continue to warn about the social consequences of mishandling the coronavirus crisis and economic woes. An Iranian regime sociologist warned about the explosive situation of the society and the possibility of a new “uncontrollable” uprising.

In an interview on August 1 with the state-run daily Setareh Sobh, Amanollah Gharayi Moghadam said: “For years, I’ve been speaking as the ideation room of the police. I have worked for many years as a sociologist in the Judiciary… so I’m not bluffing. My remarks are based on scientific theory. The youths are fed up. They are waiting. 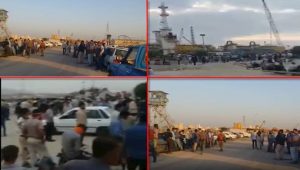 Employees and workers of Iran’s oil, gas and petrochemical industry launched strikes in numerous cities checkered across southern Iran on Saturday, protesting paycheck delays and demanding the pensions that they have been denied for a long time now.

There are reports of this strike continuing for the second day on Sunday in the cities of Asaluyeh, Abadan, Kangan and Qesh across southern Iran.
Read more

Monday, August 3, 2020, marks the 261st day since the beginning of the nationwide Iran protests.

THE CONTENT OF THIS PAGE WILL BE UPDATED WITH THE LATEST NEWS UPDATE: 3:00 PM CEST Press Release: Call by more than 250 European and Arab...
Read more
News

THE CONTENT OF THIS PAGE WILL BE UPDATED WITH THE LATEST NEWS UPDATE: 7:00 PM CEST Letter of 123 MEK members (former POWs) to UN High...
Read more
Search