Iran’s Regime and the Death Sentences of Protesters

On Thursday, an international campaign forced the Iranian regime to temporarily halt its death sentences for three men who participated in the nationwide Iran protest last November. The sentences had been upheld by the regime’s Supreme Court two days earlier, leading to widespread protests on social media. A Persian hashtag meaning “don’t execute” was reportedly used five million times and gained support people from all walks of life, foreign lawmakers, and international human rights defenders before the judiciary responded to the pressure.

Over 72,200 people have died of the novel coronavirus in 346 cities checkered across all of Iran’s 31 provinces, according to reports tallied by the Iranian opposition People’s Mojahedin Organization of Iran (PMOI/MEK) as of Friday afternoon local time, July 17. The official death count declared by the regime stands at 13,791 around a sixth of the actual figure.

National Council of Resistance of Iran gathers online to press for “uprising” and regime change in Tehran.

National Council of Resistance of Iran gathers online to press for “uprising” and regime change in Tehran.#FreeIran2020 @iran_policy @AFP @meonewsen

Iran Rising Up for Freedom | Resistance Units Key to Victory 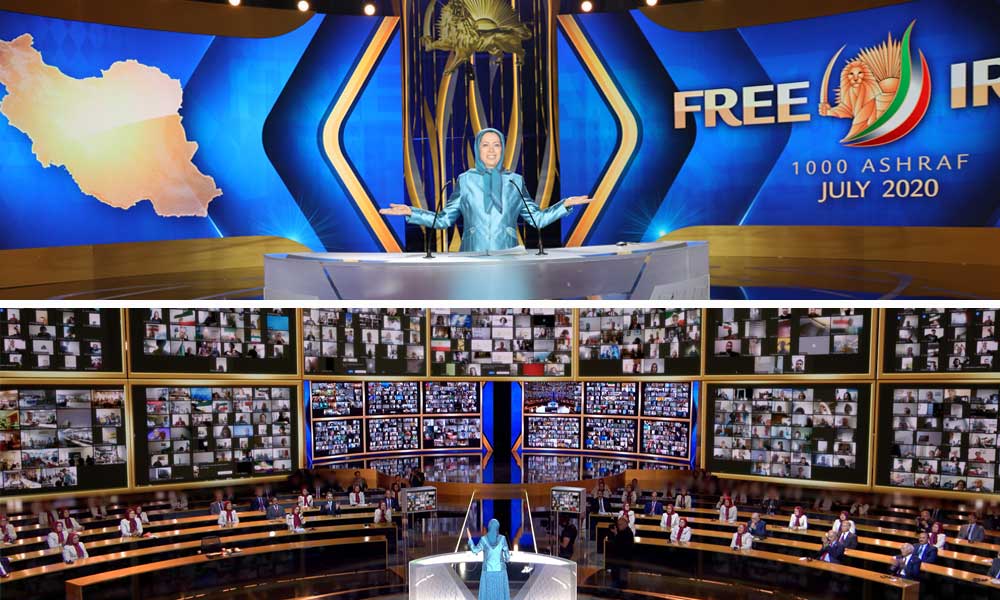 The Free Iran Global Summit, a major online and live conference encompassing over 30,000 points spread across 100 countries, was convened on Friday, July 17, 2020, in a direct link to Ashraf 3, home of the Iranian opposition, Mujahedeen-e Khalq.

The summit, held in commemoration of the July 20 anniversary of Iranians’ historic uprising in 1952 against domestic reactionary forces and colonialism, to restore the nationalist and democratic government of Dr. Mohammad Mossadeq, as well as the anniversary of the founding of the National Council of Resistance of Iran, the sole independent and democratic alternative to the current regime in 1981, was met with widespread participation and enthusiasm by Iranian compatriots.

Over 1,000 political dignitaries from various countries participated in this summit to voice support for the Iranian people’s uprising and in solidarity with Resistance Units.

Maryam Rajavi, expressed her gratitude to all compatriots and supporters of the Iranian Resistance and all participating dignitaries. 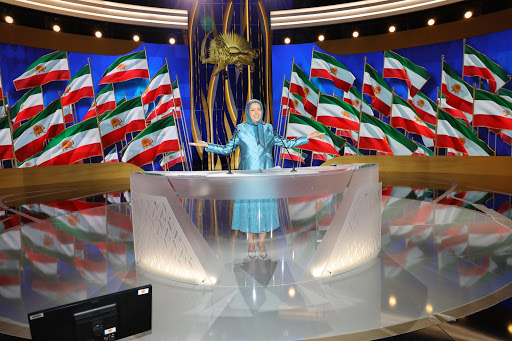 Fearing the spread of the uprising, the clerical regime disrupted the Internet in Khuzestan and arrested dozens of young people.

From the early hours of Thursday evening, July 16, 2020, a large number of people in Behbahan (south west Iran) took to the street chanting “We do not want the mullahs’ rule”. The protesters gathered in Bank Melli Square, opposite the Bank Melli building, which was the same location that was torched by protesters during November 2019 uprising as a symbol of regime’s plundering and looting.

People chanted, “Iranians will die, but they will not accept humiliation”, “Shame on the Basij, leave the nation alone,” “Shameless Basiji,” “Do not be afraid, we are all together,” “Mullahs must get lost,” “Neither Gaza nor Lebanon, I give my life for Iran,” “Khamenei, you are the devil, and Iran is not a legacy of your father,” and “You, the evil criminal soaked in blood, get out of my country.”

In an unprecedented acknowledgement, the Iranian regime’s former Minister of Post and Telegraph revealed that the during the 1980s the Iranian regime has killed over 100,000 members of the main Iranian opposition movement the People’s Mojahedin Organization of Iran (PMOI/MEK).

Gharazi mentioned the regime’s brutal repression during the 80s against the MEK members and supporters and said: “During the 80s we went too far. The MEK announced armed resistance and many of us have been killed and then the MEK went to Iraq and about 100,000 them were killed. The price of going too far is much for the society. The white revolution the Shah announced led to his downfall.”

Saturday, July 18, 2020, marks the 245th day since the beginning of the nationwide Iran protests.

THE CONTENT OF THIS PAGE WILL BE UPDATED WITH THE LATEST NEWS UPDATE: 10:00 AM CEST Maryam Rajavi's keynote speech at the online conference of the...
Read more
News

THE CONTENT OF THIS PAGE WILL BE UPDATED WITH THE LATEST NEWS UPDATE: 6:00 PM CEST Live Report: Trans-Atlantic Summit on Iran Policy https://twitter.com/iran_policy/status/1306956124026015744 Time To Hold the...
Read more
News

THE CONTENT OF THIS PAGE WILL BE UPDATED WITH THE LATEST NEWS UPDATE: 4:30 PM CEST Lives of Political Prisoners in Danger in Qarchak Prison https://twitter.com/IranHrm/status/1306232506002350080 *** Prisoners Threatened...
Read more
Search