Iran: coronavirus update Over 61,500 deaths, many dying in villages without being registered

The official death count declared by the regime stands at 10,239, less than a sixth of the actual figure.
The spokesperson of the regime’s Health Ministry—June 26, 2020: 109 people died during the past 24 hours, alongside 2,628 new cases. 2,912 of Iran’s patients are in dire conditions.
Physicians in the city of Mahabad in northwest Iran: The number of COVID-19 cases have doubled in this city from May 21 to this day.
COVID-19 deaths are on the rise, according to a report from a cemetery in the city of Zabol in southeast Iran.
Many of these fatalities are being registered as death due to chronic breathing disorder to reduce the coronavirus death toll.
Security authorities have threatened cemetery officials to remain silent about numbers.

Iran: coronavirus update Over 61,500 deaths, many dying in villages without being registered.

“The MEK will never give up the fight to overthrow the mullahs” : MEK network inside Iran

“The MEK will never give up the fight to overthrow the mullahs” : MEK network inside Iran

On June 2, 2020, the Iranian regime’s Judiciary Chief Ebrahim Raisi, known for his role in the 1988 massacre of over 30,000 political prisoners in Iran, defended the mullahs’ crimes against humanity and while referring to Khomeini, the regime’s founder, said:

“In fact, [Khomeini] was the hero of the struggle against the [Iranian opposition People’s Mojahedin Organization of Iran (PMOI/MEK)]. He knew them well. They should not be provided any opportunity at all.”

June 27 – Isfahan, Iran: Steel industry retirees protesting not receiving their pensions for the past eight months and continuously hearinghollow promises from regime officials

On Thursday, the United States Department of the Treasury’s Office of Foreign Assets Control (OFAC), in a press release announced that it has sanctioned four steel, aluminum, and iron companies operating within the Iranian regime’s metals sector, including one subsidiary of Mobarakeh Steel Company — Iran’s largest steel manufacturer. 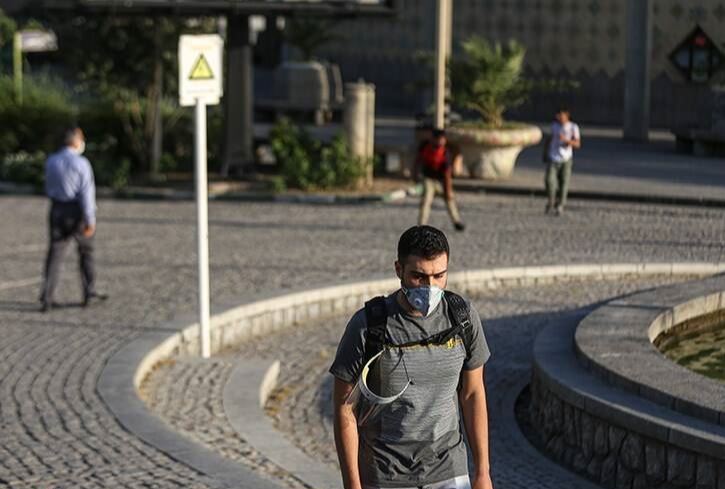 • Seventeen new deaths were recorded in Bandar Abbas in one day.

• The Governor of Kalaleh (Golestan): A seven-fold increase in the Coronavirus epidemic in the city.

• In Kohgiluyeh and Boyer-Ahmad, the number of patients has tripled the GHL standard; in Gilan, it rose to 3,110 and in Hormozgan to 525.

Madame President,
Excellencies,
Dear friends,
Forty years of fighting for democracy, for freedom, for equality… Your sacrifice has been great. It’s touching me, it’s talking to me.
It is not just for Iran that you have made that sacrifice. It’s for humanity.
Your emotion, your will, your sense of sacrifice, you don’t have to be Iranian to feel that.
The humanity we share is enough. History will remember that the Iranian Resistance is one of the greatest struggles that are changing the world.
By changing Iran, you will change the world. But do you know what upsets me the most? Your victory will be ours, but your sacrifices are only yours.
Let us be clear, these are not sufferings that belong to the past, but there’s present suffering. It is today, and every day, that the members of the MEK face terror.
The December 2017 uprising, you paid for it.
The November 2019 uprising, you paid for it.
The 2020 revolt after a Ukrainian plane was shot down by a missile or rather by the regime’s incompetence, 176 innocent passengers paid with their lives.
In the MEK, you paid for each of these events.

IRGC Brig. Gen. Davood Abdi, the Director-General of public relations of the clerical regime’s Ministry of Defense and Logistics, claimed, “Around 11:30 PM or mid-night, a gas tank in the general area of Parchin exploded. The fire department extinguished the ensuing fire.”

The provincial governor of Tehran announced on Wednesday that the poverty line in the province has reached 45 million rial.

Anoushiravan Mohseni Bandepi said: “We must not look at the national poverty line. We should consider it by province and in this way, in Tehran, we will have a poverty line of 45 million rials. Single mothers are mostly among these people.”

Simultaneous to the anniversary of June 20, 1981, marking the beginning of the Iranian people’s resistance, and the day of Martyrs and Political Prisoners, defiant youth torched the entrance signs of the paramilitary Basij centers and banners of Khamenei, and Qassem Soleimani in various cities across Iran.

Saturday, June 27, 2020, marks the 225th day since the beginning of the nationwide Iran protests.