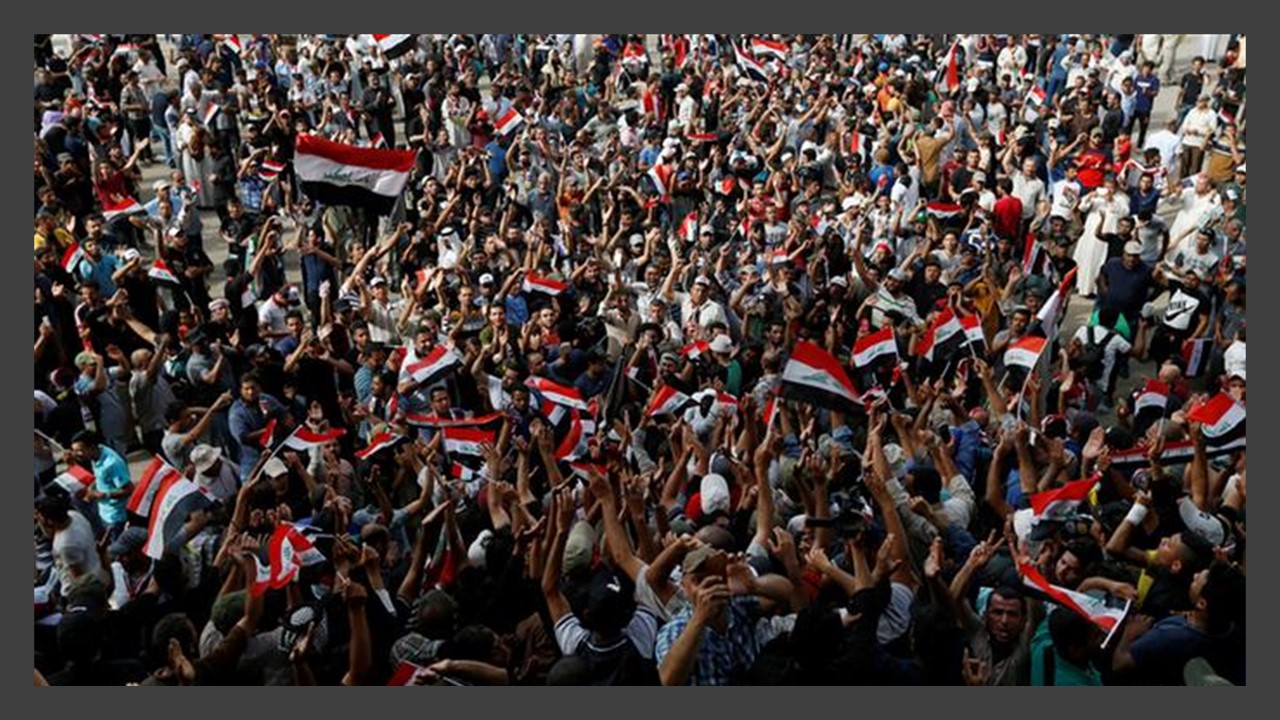 The new Iraqi government’s raids on the Iranian regime’s terrorist proxy groups, along with the removal of the regime’s agents from key governmental positions, which are indeed the result of the Iraqi people’s ongoing uprising, are major blows to the regime’s so-called “strategic depth” in Iraq.

#Iran: The protests in Iraq, Syria and Lebanon are in line with the #Iranian people’s uprising. The elimination of Qassem Soleimani, as the regime’s irreplaceable terror mastermind, was a major blow to the regime’s so-called strategic depth. https://t.co/QpMeCKXrQY

A nationwide uprising erupted in Iraq in early October and has continued ever since. Along with targeting institutionalized corruption in Iraq, the main goal of these protests is to end the Iranian regime’s deadly meddling in Iraq. The regime has always described Iraq, Syria and Lebanon, particularly Iraq, with its overwhelming Shiite majority, as its strategic depth. This notion was one of the main reasons for the regime’s prolonging of the Iran-Iraq war and creating the terrorist Revolutionary Guards (IRGC) Quds Force. Now after the elimination of Quds Force commander Qassem Soleimani, the regime’s terror mastermind and the real governor of Iraq, who controlled the Iraqi government, the ongoing protests have put social pressure on the Iraqi government, along with the increasing conflict between Tehran and Washington, to take some action against the regime’s interests.

Who was #QassemSoleimani?
Why is the world a safer place without him?
Crimes of Qassem Soleimani, the IRGC’s Terrorist Qods Force of the Irani… https://t.co/Gith1MUeEQ via @YouTube #FreeIran2020#IranProtests#IRGCTerrorists

Some of these developments include:

The most important development, however, is the ongoing uprising by the Iraqi people, particularly protests in southern provinces, which have a Shiite majority. These protests continue in Iraq simultaneously with nationwide Iran protests which have shaken the regime’s pillars of existence, and the regime’s increasing international isolation.

After 17 years of trying to occupy Iraq through ruthless measures and using terrorist proxy groups, the Iranian regime’s strategic depth is one step away from collapsing. The increased awareness of the Iraqi people, parallel uprisings in Lebanon and Syria, the nationwide Iran protests, the elimination of Qassem Soleimani, as well as the regime’s increasing international isolation are among the main causes of the regime’s waning power in the region.