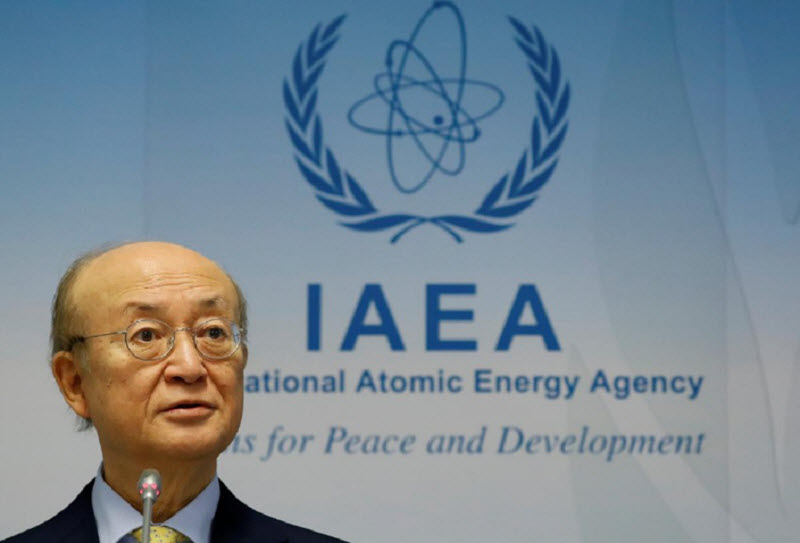 The Iranian Regime has accelerated its production of enriched uranium, according to the head of the UN atomic watchdog on Monday, which brings up new fears about the increasing tensions between the US and Iran.

Yukiya Amano, chief of the IAEA, the agency responsible for monitoring Iranian compliance with the nuclear deal, announced the uranium enrichment hike but said it was not clear when Iran would reach stockpile limits set in the pact.

Amano said that he was “worried about increasing tensions over the Iranian nuclear issue” and that he hoped “that ways can be found to reduce the current tensions through dialogue [because] it is essential that Iran fully implements its nuclear-related commitments” under the deal.

Just over a year after the US withdrew from the Iranian nuclear agreement, tensions are at an all-time high, with Iran coming under increased economic and diplomatic pressure as a result. The US sanctions on Iran tightened at the beginning of May, whilst the US was also sending an aircraft carrier to the Gulf to counter what it described as a threat from Iran.

Last month, Iran threatened to increase its uranium enrichment unless European countries, which are still a party to the nuclear deal, found a way for the Regime to evade US sanctions. Europe has so far appeared to make the implementation of a special purpose vehicle conditional on Iran passing some financial transparency laws, but Germany’s Foreign Minister Heiko Maas visited Iran this week and this could indicate that Europe is willing to bend. This is especially worrying after Maas spoke about avoiding failure of the nuclear deal and the potential for the INSTEX financial mechanism to be up and running soon.

Maas said: “This is an instrument of a new kind, so it’s not straightforward to operationalize it. But all the formal requirements are in place now, and so I’m assuming we’ll be ready to use it in the foreseeable future.”

Now, there are a great number of problems with the plan. For one thing, many companies and countries will avoid INSTEX because they fear US sanctions. For another thing, it can only be used for humanitarian transactions that are already permitted under US sanctions.

The only real option to deal with the Iranian Regime is to side with the people and support regime change. The mullahs are incapable of reform and the sooner the West realises that, the better.

Previous article
U.S: We Will Continue Our Maximum Pressure Campaign on Iranian Regime
Next article
Iran Regime Worries as European Opinion Starts to Align With U.S.