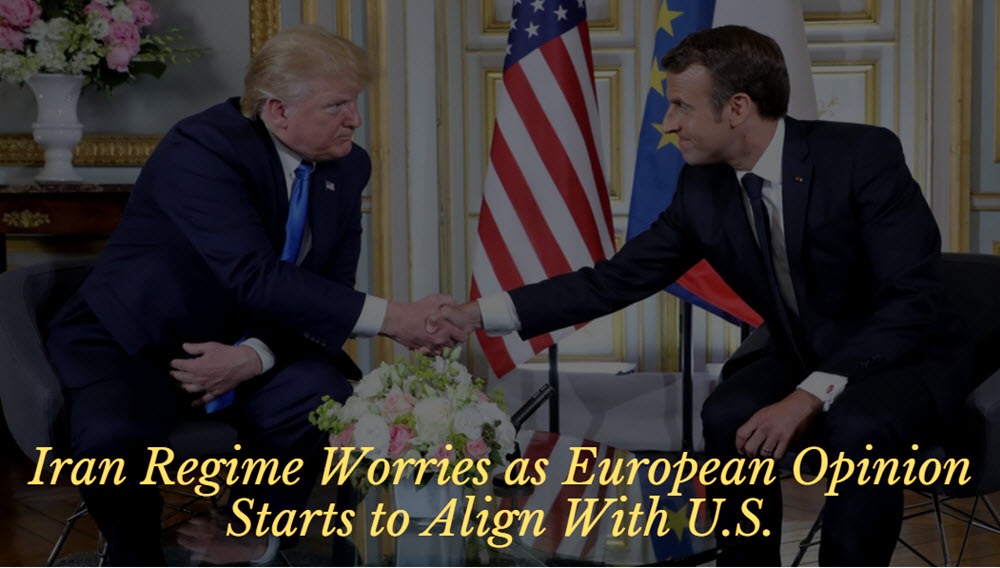 The United States, since President Donald Trump took office, has taken a hard stance against the Iranian regime. The Trump administration has taken a number of steps to curb the regime’s malign influence. It firstly employed harsh rhetoric against Iran’s actions, something that Trump’s predecessor, former president Barack Obama shied away from. Then it put Iran “on notice” as a result of some of its belligerent activities.

Then Trump announced that the United States would be exiting the Joint Comprehensive Plan of Action (JCPOA), explaining that it did nothing to curb the Iran threat. He said he wanted to re-negotiate the deal with Iran so that everything that was omitted from the agreement could be addressed. Iran declined and accepted the tough economic sanctions that have been growing ever since.

The country’s economy is in tatters and the Iranian regime is helpless as to how it can remedy the situation. Years of widespread corruption and appalling mismanagement cannot be fixed by the current leadership. It has plundered the nation’s wealth on terrorist activities and finances proxy groups and militias the whole way across the region.

In his quest to isolate the Iranian regime, the United States has been met with some resistance, particularly from European leaders. The EU’s high commissioner, Federica Mogherini, has appeased the clerical regime on a number of occasions in a manner that was not flattering to her. Or Europe. She and other European leaders made it clear that they wanted to preserve economic ties with Iran and it was obvious they did not care much about the human values that should have been put before all business.

The Iranian regime has terrorised its own people for decades. At the minute, suppression is something that is ever-present. Freedom across the country barely exists and people are arrested, left to suffer in prison and even executed for voicing dissent or for daring to participate in demonstrations or protests.

However, European opinions are changing and it seems like the regime will be put under more pressure than ever. During his recent state visits across Europe, President Trump was very clear on his stance with regards to the regime’s belligerence. Officials from his administration have already warned that they will not allow any country to get around U.S. sanctions without facing the consequences.

French President Emmanuel Macron recently spoke about Iran’s support and spread of terrorism across the region and it has the regime worried. The regime was hoping to split Trump and his European counterparts, as it so nearly happened when Trump was talking about exiting the nuclear deal.

State media in Iran is commenting on the situation, pointing out that the French and U.S. presidents are able to put their disagreements and differences to the side when it comes to Iran.

Pressure is mounting and the regime is certainly going to struggle to hang on for much longer. More economic sanctions by the U.S. and a shift towards tougher policy in Europe will only precipitate its collapse.